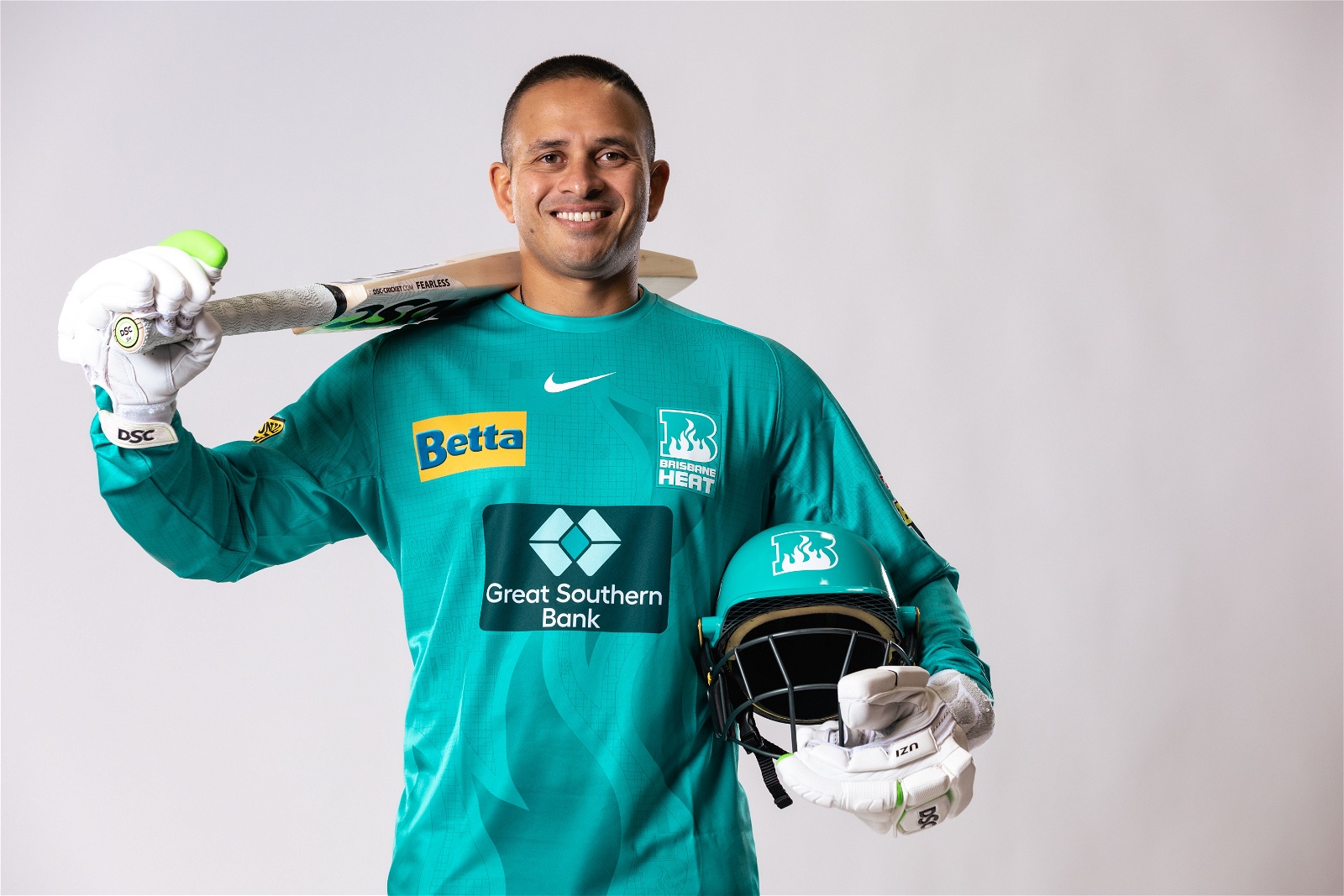 Australian opening batter and Queensland skipper Usman Khawaja is set to join the Brisbane Heat for the next four years after signing on the dotted line.

Australian opening batter and Queensland skipper Usman Khawaja is set to join the Brisbane Heat for the next four years after signing on the dotted line.

It may have taken the best part of a decade but Usman Khawaja’s transition to a fully-fledged Queenslander is now complete after moving to the Brisbane Heat from the Sydney Thunder.

The move comes after Brisbane’s biggest name, Chris Lynn, left after completing the BBL|11. With the salary cap now freed up and Khawaja leaving the Thunder last year it just made sense for Khawaja to make the move.

Usman Khawaja has been at the Thunder since the inaugural BBL season all the way back in 2010 and now he finally makes the move up north. With the Thunder, he played 59 matches scoring just over 1800 runs at a strike rate of almost 130.

Khawaja had some amazing seasons and matches at the Thunder including leading the side to their BBL|05 trophy. His season included two centuries and a match-winning knock in the final which launched him back into the Australian white ball setup.

With Khawaja having a wife and now two young children living in Brisbane it simply makes sense for him to go back home. The last couple of years were tough with bio-bubbles but with cricket back to normal now he should be able to spend more time with his family.

A four-year contract will take him through to the age of 39 so it is likely this will be his final contract. How much cricket he gets to play over that time is unknown with him well and truly entrenched back in the Aussie Test side.

“I always thought I would finish off as a Thunder player, but it is funny how things change, he told brisbaneheat.com.au.

“I’ve said it for a long time, that Brisbane is home, Queensland is home, and to be here, captain of Queensland, and now joining the Heat – it is really exciting.

“I know I will be playing in front of my family, and a home crowd, when I am at the Gabba or Metricon Stadium with the Heat. I love the Thunder and the Thunder Nation, but at the same time, this is a change that comes at the right time.

“It wasn’t an easy decision, it was a very tough one, but the timing just feels right. I like to say I used to be an honorary Queensland and now I am one.

“I have been loosely tied with the Heat through my Queensland roles for several years, and so I am looking forward to the challenge of trying something new by joining them now.

“I do love playing in the BBL and now I am with the Heat for the coming years, I am very excited,” he said.

The signing will give him plenty to bond over with his teammates over in Sri Lanka currently. Jimmy Peirson, Mitch Swepson, Mark Steketee, Marnus Labuschagne, Matthew Renshaw and new ODI spinner Matthew Kuhnemann are all also currently in Galle either playing or running the drinks.

Brisbane is doing something interesting this season with it keeping two spots open for the best performing players in its KFC T20 Max competition which will kick off the QLD premier season in August. Khawaja is set to feature for Valley in that competition after his duties in Sri Lanka are finished.