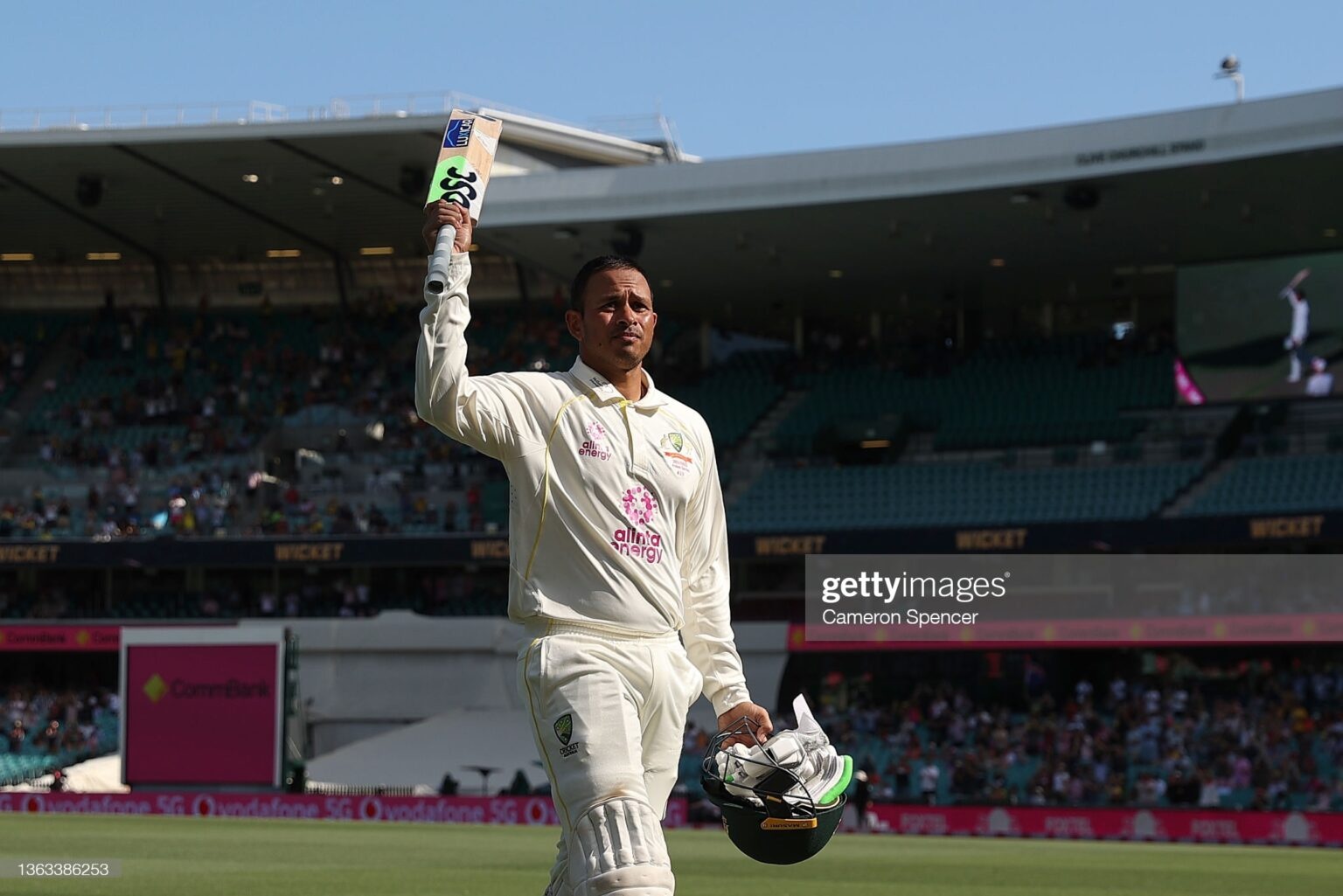 Usman Khawaja does the impossible to complete the comeback

Usman Khawaja has done what few others do, a cenutry in each innings. He has guided Australia to a winning position in the fourth Test.

Usman Khawaja does the impossible to complete the comeback

Usman Khawaja has done what few others do, a cenutry in each innings. He has guided Australia to a winning position in the fourth Test.

Today Usman Khawaja did what few others have ever done today with centuries in both innings. The last man to do it was Ricky Ponting in 2006, to take things full circle Khawaja actually replaced Ponting in the Australian side, way back in 2011.

While Khawaja’s innings was magnificent it was more of a win for Australia than anything as the partnership between him and Green took the Aussies from a difficult position to a commanding one.

England came out this morning looking to score heavily and reduce the deficit as much as possible. Bairstow did well taking a positive approach, unfortunately, his teammates couldn’t hang around with him long enough to do any real damage.

Jack Leach lofted one in the air early, before Bairstow was out trying to keep the strike for himself. From there it was just a matter of when and not if Australia would bowl England out and it came pretty quickly with Broad top-edging a sweep shot to Alex Carey who ran around to square leg.

England bowled well at the beginning of the day, Wood in particular had the Aussies on the back foot as he removed Dave Warner and Marnus Labuschagne. Jack Leach then took the wicket of Marcus Harris which seemed to do wonders for the spinner’s confidence. That being said he continued on a line outside the leg stump for way too long which just allowed the Aussies to push singles off his bowling.

For about the seventh time in the series, Steve Smith looked on his way to a big score, every shot he played was brutal. Unfortunately for him, he has to wait at least one more Test before a big score comes out as he was bowled by a Jack Leach arm ball for 23.

What the wicket of Smith did allow though was Cam Green to enter alongside Usman Khawaja. While Usman Khawaja flowed through all of his shots caressing the ball into gaps, Green looked sluggish, he was certainly out of form and that could easily be seen by his lack of timing.

The partnership grew though, Khawaja helping Green along ball by ball, it seemed like Green really relished the relaxed nature of Usman Khawaja at the crease. The partnership put together 50 runs in 88 balls before the tea break but it after tea when the fireworks really began.

Khawaja and Green in search of declaration runs when big and big often. It wasn’t always sixes, but it was consistently boundaries and consistent scoring. For most of the third session, the pair were scoring at over six an over, they just milked the spinner Leach while hitting gaps against the quicker men.

Khawaja complimented Green's inning and explained why he is so special after play.

"I hate playing against him, I was just talking to him and what we were trying to do.

"He was nervous at the start, but we play better when intent is there. So I just tried to help guide him through his innings."

England’s bowlers looked down and out, Mark Wood was shattered he barely had the energy to bowl yet somehow willed himself on. He is certainly a workhorse but one that Joe Root should be careful of overworking.

Stuart Broad was well down on pace, none of his balls after tea seemed to be pushing north of 135kph. James Anderson also barely bowled, perhaps there is an injury or perhaps he wants to be saved for Hobart in conditions that will be more favourable. What is certainly true though is the injury of Ben Stokes has affected this bowling lineup. Chris Woakes may have to make his way back for this fifth Test to provide that bowling all-rounder option.

On the point of injures, Ollie People looked great behind the stumps for England with both Jos Buttler and Jonny Bairstow unable to keep. Perhaps the selectors could look towards him as a full-time option, although it was confirmed this morning that Sam Billings has been called into the squad for the fifth Test so he may be handed a debut.

Green and Khawaja powered on, smashing the ball to all parts, Khawaja eventually bringing up yet another century off the bowling of Dawid Malan. England almost gifted it to him, the field was out, and their part-time bowler was on, Mark Wood even shook his hand after the 100 was brought up. Say what you want about England, but they are nice guys.

Usman Khawaja spoke about his century after the days play.

"I've always wanted to score a century in both innings and I've never done it. I wasn't sure if I was going to and now that I've played so long I wasn't worried about it but it's a nice one to tick off, it's pretty special," he explained.

"Up until tea we just wanted to bat normally and set the innings up, to push later on. And once we came back after tea when I got out there I'm looking at the field and feeling it so I'm going."

The innings didn’t last much longer after Khawaja got to that 100. Leach took Green and Alex Carey in consecutive balls before Pat Cummins called his men in. It meant that Leach was unfortunate stuck on a hattrick without the opportunity of a five-wicket haul either, he really did deserve that opportunity.

A lot of the talk now is going to be about whether Khawaja can be dropped for Hobart, the only space available is the opening position with Marcus Harris possibly dropping out. Khawaja spoke on what his future plans might be,

"In the future maybe, but I bat at five in this Test match, you can't compare five to opening and I know because I've done both of them.

"I came in here for Heady [Travis Head], I came in for COVID and I don't expect anything to change even after back to back hundreds.

"Hopefully I've shown that I can still score runs at this level if an opportunity opens at this level. I'm resigned to the fact that I probably will miss out at Hobart."

The declaration meant a quick 50-minute session out in the middle for the English openers and believe it or not they survived it. Zak Crawley hit the ball around early, he is certainly an attacking opener and showed that today. He will need to go big if England is any chance of chasing this mammoth total down.

Things won't be easy tomorrow though with the pitch starting to play some tricks. There was more than one ball that reared up off a length to grab the gloves or the top of the bat. Khawaja finished with a comment on the pitch.

"The odd spot there is rearing up and smacking you, but it is only here and there so hopefully it hits the gloves. It will be interesting to see how tomorrow plays out and hopefully, the weather stays away.

"I'll be surprised if they don't go for the total."

Australia shouldn’t be too worried, there will be 98 overs to bowl tomorrow assuming the weather stays away, and England will resume with a score of 0-30.