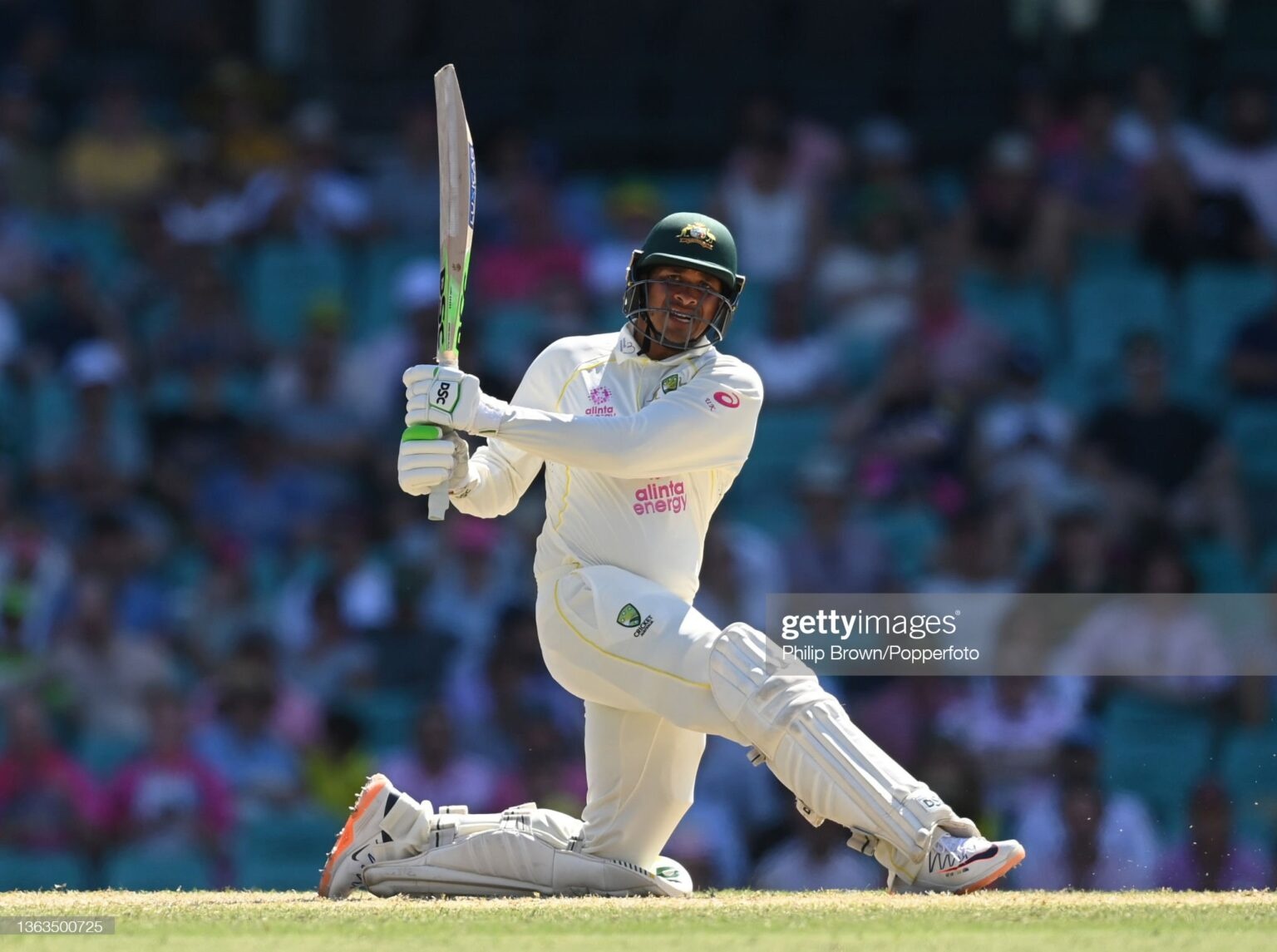 Usman Khawaja breaks through for century in Pakistan

Usman Khawaja brought up a century in his country of birth as Australia laid a platform on Day One of the Second Test in Pakistan.

Usman Khawaja breaks through for century in Pakistan

Usman Khawaja brought up a century in his country of birth as Australia laid a platform on Day One of the Second Test in Pakistan.

After coming incredibly close in the First Test of Australia's tour in Pakistan, Usman Khawaja finally scored a century in his country of birth on Day One of the Second Test in Karachi.

In what was a big day for Khawaja, he started his morning presenting Mitch Swepson with his baggy green, as the leg spinner made his Test debut for Australia.

Khawaja, who has been Swepson's captain at Sheffield Shield level for the last few seasons, looked delighted to be presenting the cap to the debutant.

Swepson replaced Josh Hazlewood in the Australian side as the selections adjusted for the flat pitches of Pakistan. The home side's fast bowling stocks were boosted with Faheem Ashraf and Hasan Ali coming into the team.

Pat Cummins won the toss and chose to bat on the first morning, sending David Warner and Khawaja to the crease on a flat-looking pitch.

It played that way early, as Warner and Khawaja settled in to try and set Australia a platform for a huge first innings total.

It was all going well until Faheem started to get the ball to swing and seam the ball midway through the first session.

His movement was enough to tease an outside edge from Warner, and the Australian opener departed for 36.

His wicket brought Marnus Labuschagne to the crease, which has generally been an issue for opposing sides. On this occasion, it wasn't as Labuschagne failed to trouble the scorers.

The Australian number three struggled to get off the mark, and in his desperation, he took on the arm of Sajid Khan on his ninth delivery, and failed to make his ground.

The failure brought Steve Smith to the crease at 2/91, and the Australian star finally looked to have settled.

He went about his innings patiently, accumulating runs on both sides of the wicket, and partnering Khawaja to build a total.

DAY FIVE ENDS IN BOREDOM AS THE CAPTAINS SHAKE HANDS

After coming up short, with 97 in the first Test, Khawaja was determined to score a century in his country of birth, and with a paddle into the leg side, he broke through for the milestone.

Australia continued to accelerate, as the partnership grew, and continued past the second new ball late in the day.

In the dying moments of the day, Hasan Ali made the second new ball talk as well, drawing an outside edge from Steve Smith. A sharp catch from Faheem at second slip, diving low to his left in front of first slip was enough to dismiss Smith for 72.

His dismissal brought Nathan Lyon to the crease as the nightwatchman for Australia, and he remained scoreless at the end of the day.

Khawaja, who finished the day undefeated on 127, with his third hundred in six innings since his recall to the Australian Test side during the Ashes.

At the close of play, Khawaja is averaging 119 since his return, and has shown the ability to play spin and pace on the slow Pakistani wickets.

He will resume on Day Two hoping to boost that score, as Australia seek to lay a platform to put them in a position where they can't lose the Second Test.