With just over a week until festivities were meant to kick off, the organisers of UNIFY Forever have announced the event's postponement. 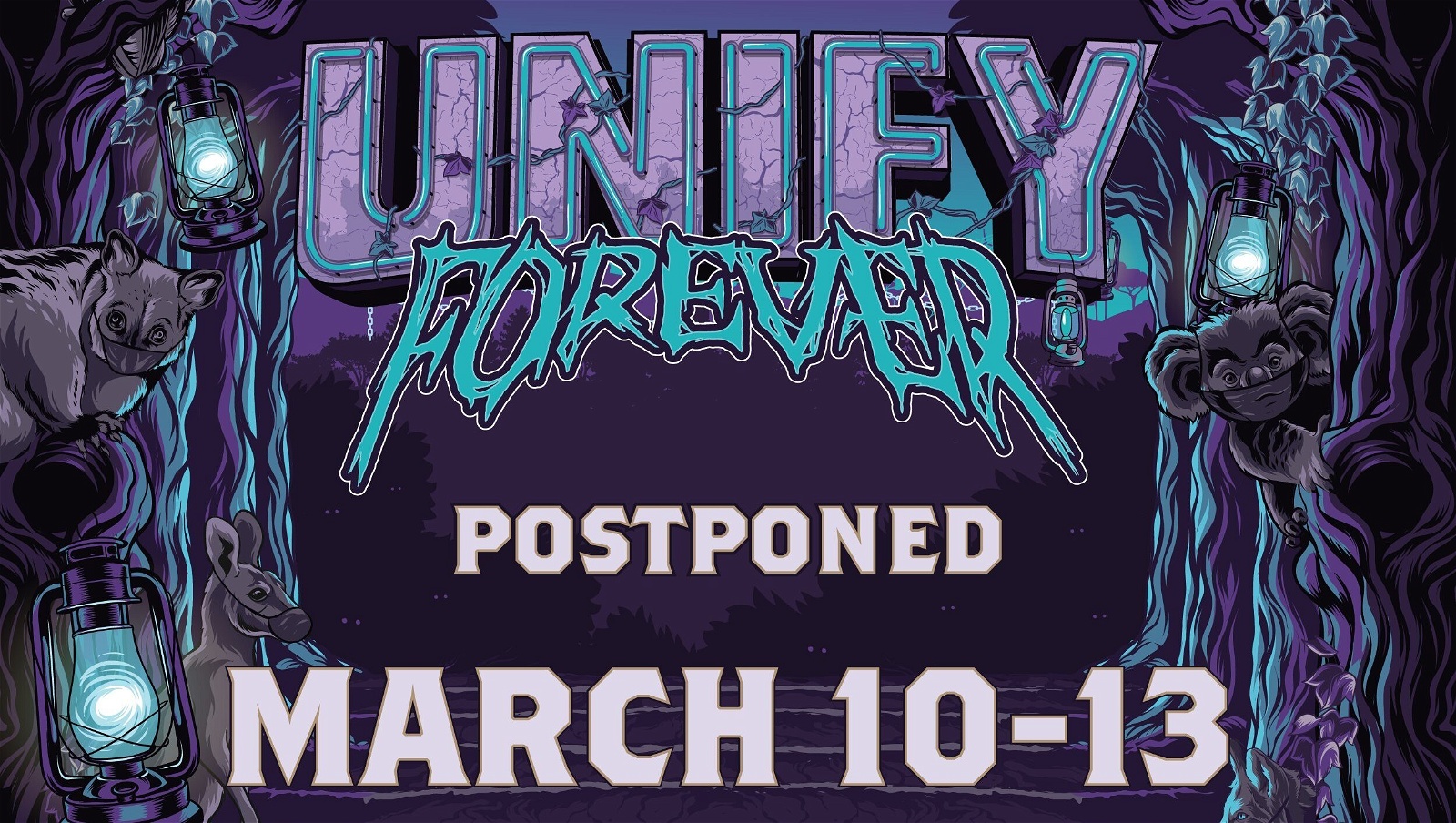 With just over a week until festivities were meant to kick off, the organisers of UNIFY Forever have announced the event's postponement.

Like many other festivals and gigs over the last two years, UNIFY Forever has been pushed back due to the impact of COVID-19 on the healthcare system.

Organisers took to social media to confirm the festival would not go ahead as planned on January 20 to 23 but would move to March 10 to 13.

"With the rise in COVID positive cases and the impact this is having on the healthcare system and staffing levels, we received critical advice yesterday from key stakeholders, including emergency services, that the resources required to run UNIFY Forever on the January dates would be limited due to the pandemic," the statement read.

"As we hope you all understand, without the confirmation of adequate emergency services and other key event personnel we just can’t proceed safely in January.

"Although not the outcome we had hoped for, safety is always our priority when running UNIFY and it's the best decision we can make given the current situation."

The UNIFY Forever crew reassured punters that the "vast majority" of the already-announced lineup would still be performing on the new dates, but an update would be provided in the coming weeks.

It appears Alpha Wolf is the first casualty of the date change, according to a post on the band's Facebook page, which also stated it would not be attending the Melbourne instalment of Full Tilt Festival.

The new dates of both events clash with the band's recently-announced USA tour.

"We were really looking forward to both of these events but this time around we couldn’t make it line up," the post read.

"It’s such a hard time for all in the music industry right now with constant reschedules/new government restrictions constantly [sic] and we ask that you show nothing but support to bands/promoters/booking agents and everyone else working tirelessly behind the scenes to try and make these things happen."

GRAMMYS POSTPONED FOR SECOND YEAR IN A ROW

There has been no mention of whether refunds will be available for those who cannot attend the new date, but one of the conditions of ticket purchase stated "please ensure you are able to attend both dates prior to purchasing as no refunds will be offered if the festival is rescheduled to the March dates, unless required by law".

"We appreciate all your support and patience during this time and sincerely thank all the staff, agents, managers, artists, venue and crew who have worked tirelessly on UNIFY Forever to try and make it happen," UNIFY Forever's statement read.

"Hang in there everyone. Bring on March."

Teen Jesus and the Jean Teasers