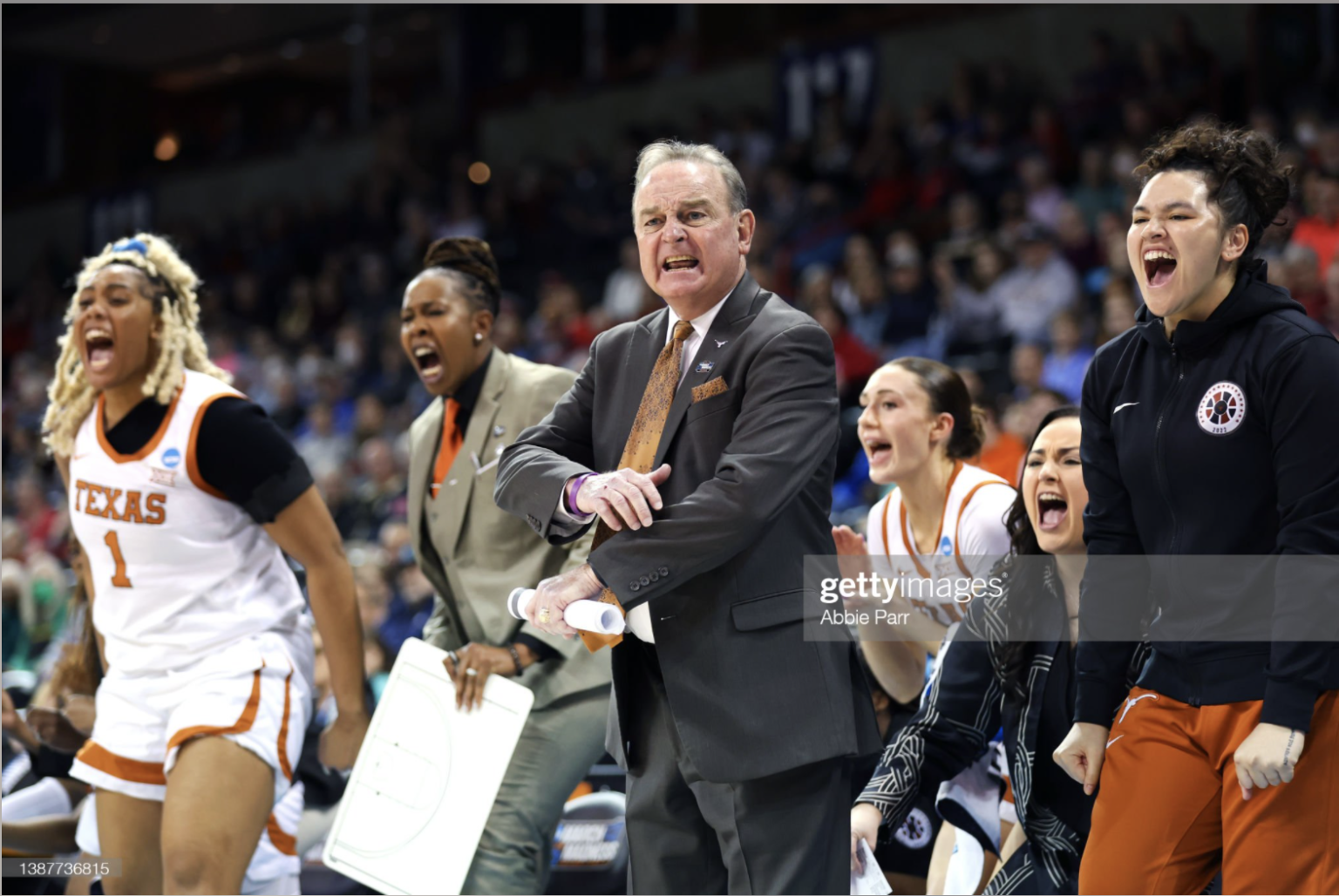 In a thrilling two days that saw four Australians play for a spot in the Elite 8 of the NCAA Women's Basketball, only two progressed.

In a thrilling two days that saw four Australians play for a spot in the Elite 8 of the NCAA Women's Basketball, only two progressed.

In a thrilling two days that saw four Australians battle for a spot in the Elite 8, only two teams made it past their matchups to advance in the NCAA Women's Basketball Tournament. Stanford University's Agnes Emma-Nnopu (VIC) and University of Texas' Kobe King-Hawea (VIC) represent the last two Aussies in the tournament.

To make it even more exciting, Stanford and Texas are slated to play each other on March 27 at 11 am AEDT in the Elite 8.

So, how did we get here? Both teams played their respective games in the Spokane (Washington) Regional right after the other. In the first game the Longhorns won and next came the Cardinal. Needless to say, both of those games brought out tons of emotions from their respective fanbases. Here's a breakdown of both Texas and Stanford's wins.

Stanford faced off against a hungry Maryland team that had smooth sailing throughout the tournament. SeeEdge of the Crowd'sSweet 16 articlefor a recap on the Terps. Stanford was riding the same boat with smooth sailing ahead of this matchup.

It was a story of two hungry teams ready to prove they can win against the toughest of competition. This game was exactly what fans wanted and what Stanford needed to continue to show they're as dominant as their national title team from last year.

The first three quarters had the Cardinal written all over it. After a bit of a slow offensive start for both teams in the first quarter, Stanford got the ball rolling first. There was a slight moment in time where Stanford let Maryland get within four points.

The Cardinal kept making buckets and played great defence to head into the second quarter with a 22-10 lead.

The second quarter did favour Stanford but Maryland clawed their way back into the game. The Terps went on a 6-2 run to start the second but stellar defence prevented both sides from getting any more points until Stanford's Cameron Brink hit a three.

For the rest of the second, the scoring was pretty much a who can score the most buckets with hard defence being played competition. Stanford won that battle outscoring Maryland 17-13 to head into the half with a 39-23 lead.

The third quarter was pretty much synonymous with the second. It took a little bit for anyone to score but Brink hit a jumper to get the Cardinal on the board first. It was once again a battle of buckets versus defence and Stanford won the prize.

They outscored Maryland 20-13 to take a 59-36 lead heading into the final quarter.

If you looked at the score and decided to turn the game off because it seemed like Stanford was going to run with it, you made a huge mistake. The thing about March Madness is you never know what is going to happen.

This fourth quarter exemplified that to a tee. Something happened in the Terps' huddle because they stomped all over the Cardinal. Maryland started the fourth off with a 9-0 run that was shattered after Hannah Jump of Stanford hit a three.

It took almost two minutes for anyone to hit another bucket. Maryland had a sudden outburst of energy and offence that was severely lacking for the first 30 minutes of game time.

The Terps hit jumpers left and right, nailed their free throws, and shut the Cardinal down to only 13 points with eight of those 13 coming from the stripe.

Fortunately for the Cardinal, they were able to play just enough defence to come out with a 72-66 win over the Terps and a ticket to face Texas in the Elite 8.

Emma-Nnopu appeared for less than a minute with no stats to her name.

The game started out closer than what Longhorn faithful were hoping for. It was a quick offensive start for both UT and Ohio State with buckets being traded left and right.

For majority of the first quarter, Texas held the lead but just like milk over time, the Buckeyes spoiled it. UT's star freshman point guard Rori Harmon got hit with so many fouls that lead to early substitutions.

Ohio State went into the second quarter with a 20-16 lead.

Something sparked in the second quarter for Texas that was lacking in the first. Coach Vic Schaefer was forced to sit Harmon for the whole entire second quarter due to foul trouble.

UT needed to rely on their depth, especially at the guard position to help ease the effect of not having Harmon on the floor. Ohio State wasn't able to capitalise on what should've been viewed as an opportunity to exploit UT's perimeter defence.

Instead, UT limited Ohio State to only 10 points in the second and relied on Joanne Allen-Taylor for majority of their offensive game. The Longhorns headed into the locker room with a 32-30 lead.

The third and fourth quarters were nearly identical scoring wise but flipped in terms of momentum. Ohio State started the third with a quick 4-0 run but then another series of back-and-forth buckets commenced.

The fourth quarter saw a momentum shift for the Buckeyes. Like I said above, the scoring was nearly identical but saw Ohio State benefit.

Texas did get the first bucket of the fourth but, as happened in the third, both teams traded buckets. A jumper here, a free throw there, some layups and threes too. This fourth quarter had everything on the offensive end that fans could ask for.

After Ohio State drained a layup to cut the Texas lead to one, 64-63 with 50 seconds left, the Buckeyes failed to capitalise on second-chance opportunities. A game-sealing block by Aaliyah Moore and two free throws by Harmon punched Texas' ticket into the Elite 8.

King-Hawea was dressed in street clothes on the bench but at least she was extremely hyped after Harmon drained those free throws.

No matter the result of this game, an Aussie is guaranteed to be playing in the Final Four! Who could've asked for a better scenario?