At the end of this whirlwind of a figure skating season, let’s recall some of the most memorable costumes that have graced the competitive ice. 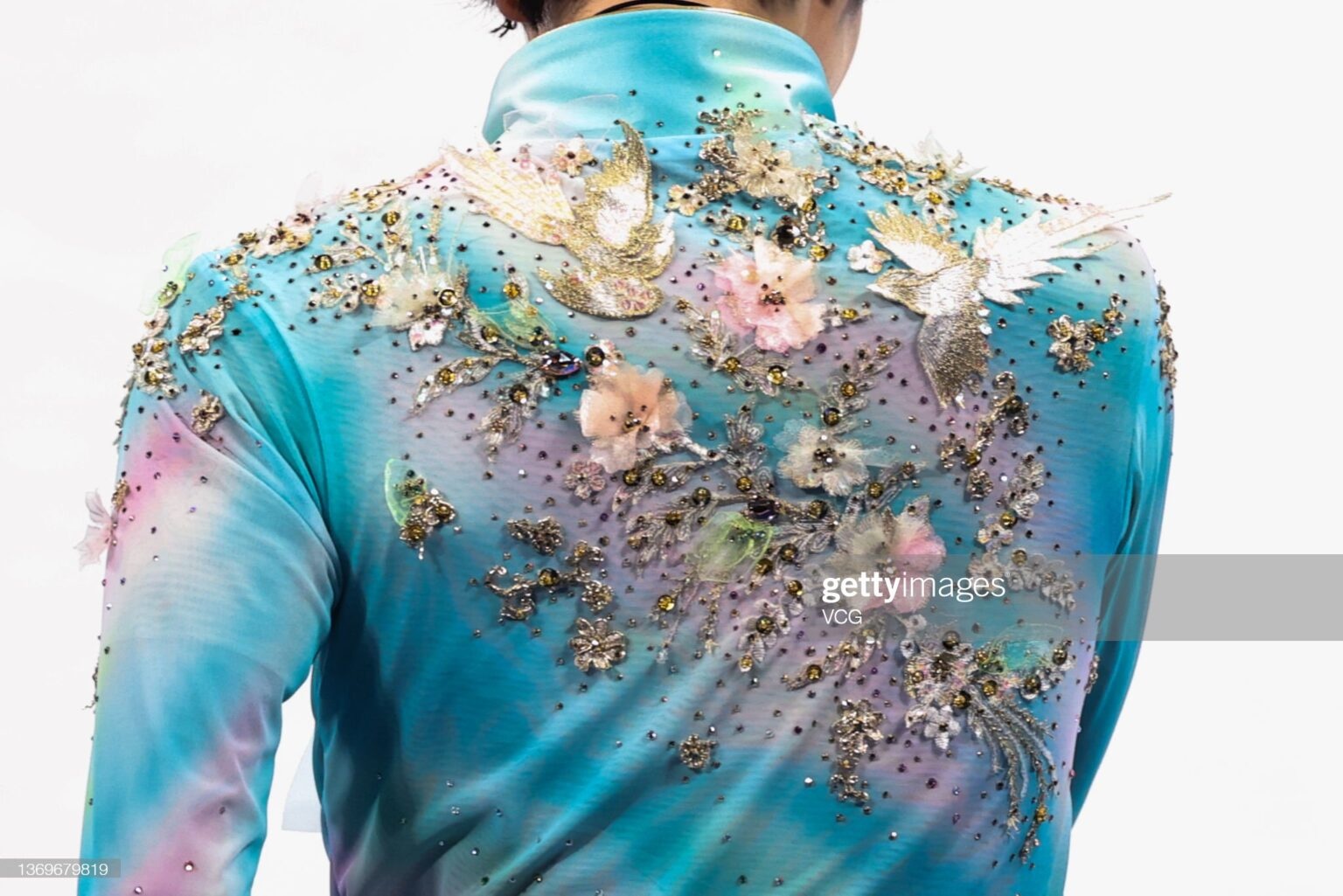 It’s been a big season for figure skating fans, which wrapped up this weekend with the 2022 World Figure Skating Championships. All athletes come into an Olympic season aiming to put their best foot forward, in their program selection, their technical arsenal and, most importantly, their looks.

At the end of this whirlwind of a season, let’s recall some of the most memorable costumes that have graced the competitive ice.

Two-time Olympic champion Yuzuru Hanyu returned to the Olympics for the third time in this beautiful free skate costume designed by Japanese designer Satomi Ito. Featuring immense detail in every sequined flower, while conveying the tasteful image of traditional Japanese dress, this costume is perfect for skating to the Japanese story of Heaven and Earth.

2018 Olympic silver medallist Shoma Uno returned to the 2022 Olympic games to win himself another Olympic medal. He did so in this beautiful short program costume skating to Oboe Concerto. This costume makes strong use of textures, with ruched fabric contrasting against heavy glitter, making it exciting while understated.

Jun Hwan Cha’s costume seems rather plain at first glance, yet upon further inspection it features an incredibly unique design. All-black costumes are often seen as a safe men's costume choice, and are often simple and unoriginal in design. With flowing and mesh details on the back, as well as some subtle bedazzling throughout the costume, the creativity of designer Bae Kyongsool truly stands out.

Olympic bronze medalist and newly crowned World Champion Kaori Sakamoto wowed us all in the women’s free skate, achieving new personal best scores at both the Olympics and Worlds. Equally as beautiful as her performance was her gorgeous costume. Designed by Austree Couture this blue costume features eye-catching geometric gold highlights worthy of her bold music choice and the Olympic podium.

This beautiful costume was worn by Korean skater Yelim Kim during her free skate. The regal style of the costume fits well with her music choice ofTurandot. Particularly striking were the unique flowing sleeves that truly make this costume stand out. This costume, while no doubt being a classical figure skating dress, brings a touch of uniqueness that makes it a memorable one.

Eva Lotta Kiibus’ short program dress, designed by Gerly Tinn, features a unique 60’s minidress cut. Covered entirely in sequins, it has a bedazzling geometric pattern. With a bold costume choice to match an equally bold music choice ofBaianá, Lotta Kiibus’ costume is surely one of the most spectacular of the season.

Sui Wenjing/Han Cong’sBridge Over Troubled Waterfree skate is an instant iconic Olympic performance, and these looks are deservingly part of the program’s place in lore. Their monochromatic costumes that span the spectrum of blues match the Olympic arena flawlessly, as if it was meant to be. The ripple-like swirls on Sui’s bodice continue the watery imagery, alongside the delicate pearls that she has incorporated into her makeup.

The costumes from Peng Cheng/Jin Yang’s free skate to music from Chinese wuxia filmThe Banquetis jam-packed with intricate detail without feeling too cluttered. The water and ink painting motifs and Peng’s thin red waistband are enough to tie the looks to each other. A beautiful nod to Chinese culture in both silhouette and adornment.

It is not uncommon to see bodysuits in pairs, which makes sense given the acrobatic demands of a pairs program. What makes Ashley Cain-Gribble/Timothy Leduc’s bodysuits remarkable is the fact that both are identical in their delicacy and intricacy, rather than a masculine and feminine take on the same look. The pair did something similar with a dress and bodysuit last season, but chose to make a stronger statement this time round.

Majorie Lajoie/Zachary Lagha’s Free Dance to theRiosoundtrack is a vibrant, upbeat feast for the eyes, which is perfectly encapsulated in their costumes. The tropical bird inspiration is clear and executed beautifully by Mathieu Caron, creating a set of looks that are complementary but not too matchy-matchy. Their costumes join them in a whirlwind of colour as they flit and fly across the ice throughout their program.

Beautiful ballet-inspired costumes are a mainstay in figure skating regardless of discipline. Notable highlights of Satomi Ito’s design for Kana Muramoto/Daisuke Takahashi is the use of velvet, the matching deep V necklines and the incorporation of a headpiece. Takahashi’s long flowing locks match the vibe of both his programs, even going to the effort of adding red highlights and eyeliner for their standout folk-hip hop rhythm dance offering.

Gabriella Papadakis/Guillaume Cizeron knew that all eyes would be on them as they headed into the 2021-22 season as the favourites to win everything. And boy did they do so with style. The wine-red with mesh cutouts makes for a simple but graphic look, perfect for emphasising their arms during the waacking portions of their programs. The corset-like seaming on Papadakis’s dress is a lovely touch.