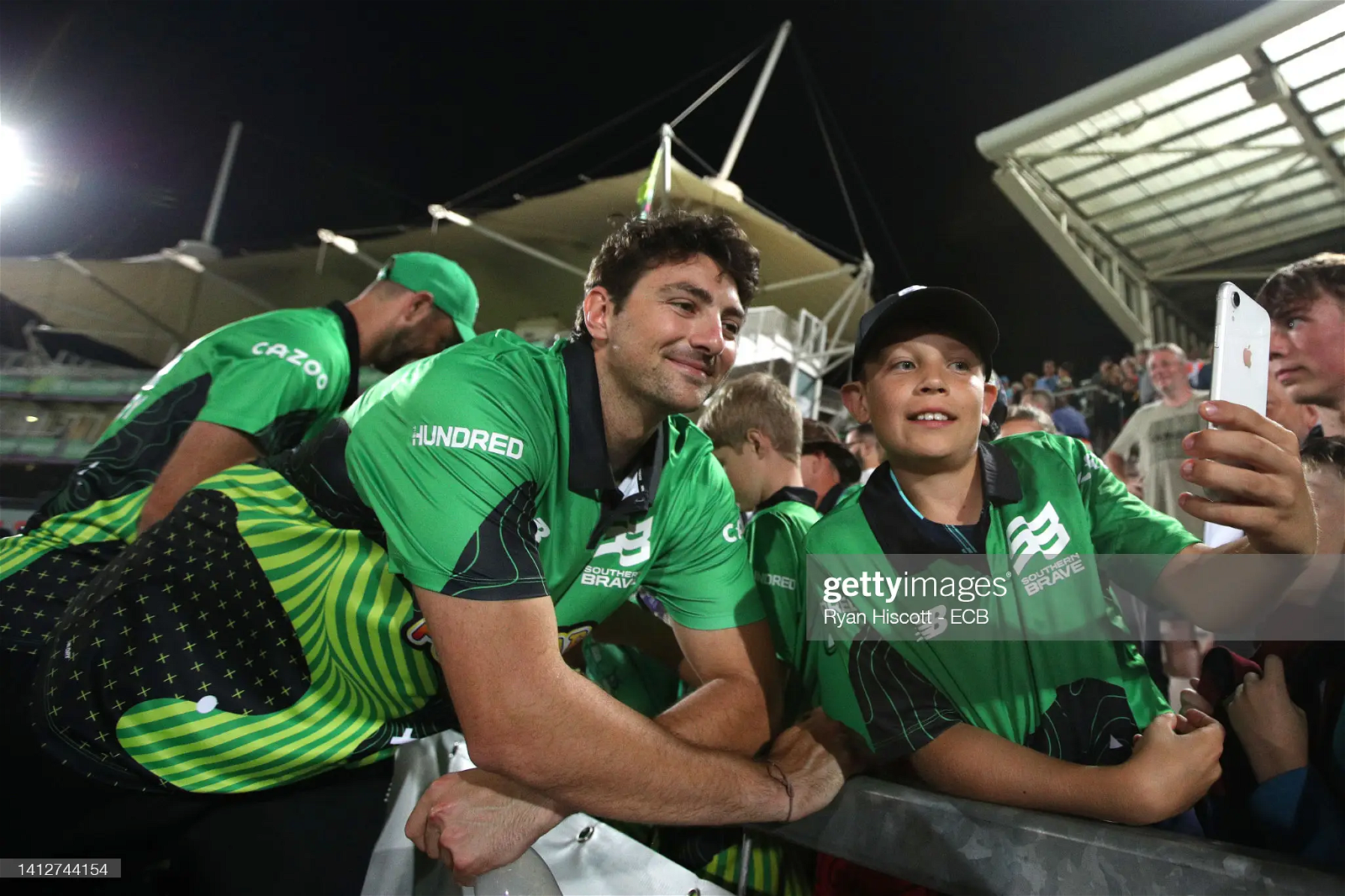 This morning Tim David was selected for Australia for the first time after having dominated T20 cricket all around the world.

This morning Tim David was selected for Australia for the first time after having dominated T20 cricket all around the world.

After plenty of speculation from all over the cricketing world and hoping from Australian supporters, Tim David has finally been selected for Australia.

The news came through this morning that he had been selected in both the T20I squad for the upcoming India tour and the squad for Australia to defend its World Cup crown.

Only Andre Russell has more T20 runs at a higher strike rate than David, and just from looking at his numbers, it was perhaps the most sensible white ball selection Australia has made in recent years. 122 matches for 2640 runs at an average of 32 and strike rate of 165.

At the international level for Singapore, he has also struck 558 runs at 46.50, striking four 50s at that level. Anyone who suggests this was a shock call or that Tim David is somehow a bolter for the squad hasn't been paying close enough attention to his meteoric rise.

It's a rise that he spoke about this afternoon as he joined the media from his hotel room in London before heading off to the Caribbean Premier League. Such is the life of an international franchise star.

"My first opportunity after being released by Western Australia was to play for Singapore, so I did that before going to the Hurricanes. So, from there the only thing I was going to do in professional cricket was play T20 cricket, and I've had more opportunities come from there," David said of his recent journey.

The call from George Bailey to ask him to represent Australia in the upcoming World Cup was not the first time he had received such a call. David revealed that he received a similar phone call about six months ago before going to the PSL.

"I was playing the Big Bash for Hobart and then was picked up for Multan in the PSL, and from no point, there was being picked for Australia something I was thinking about. I was flying to Pakistan the next day, and I got a call from George.

"I didn't know what to do because that was still a strong team, having won the world cup six months before. I thought it was better for me to play 12 games in Pakistan, and if I could do that, then I could be an asset or a player for the Australian squad. George was really supportive of me trying to improve, which was really great."

Bailey allowing David to play in the PSL rather than likely sitting on the bench for Australia was an interesting decision but one that shows this new Australian leadership team is looking at things differently.

While David does not have a state base camp like all other cricketers, he believes he still grows his skill set enough to compete with the best.

"I love training, and I guess that's part of trying to improve all the time. It's the same as preparing for all formats; you want to tick all those boxes in training.

“I think it fills you with a lot of confidence to start off well in a new team in a new competition, and releasing that some of the work I had done for that tournament put me in a good space. You can relax a little bit when you put in a good performance.

"It happened quite organically; it happened naturally. It was something I wanted to do, and I'm really excited for the opportunities coming up.

"I've always been about doing my best in every game I'm playing. To get the call from George was very exciting, and I'm looking forward to being a part of it."

While he may be seen as a T20 maverick, he was adamant that this was something he was always striving toward and that representing Australia is the peak for him.

"I'm thrilled to be picked in this squad; I've been around the world playing a lot of T20 cricket and very thankful to have those opportunities, and to have this opportunity now is exciting.

"It's something you want to strive for, and it's rewarding for myself, my family and my support network to be sitting here today. I think it's about being part of the squad; I'm excited to be picked.

"I would expect the role in the middle order to be the role if the team is looking at what they need. I will be doing my best to help the team win any game."

While David has clearly been seen as a T20 player so far, having played in the IPL, PSL, CPL, The Hundred, BBL, T20 Blast, and international cricket. He still has eyes on the longer formats with proven experience in 50-over cricket.

David struck 340 runs in eight innings for Surrey in 2021, including a top score of 140 in a campaign that saw him end as the sides second top run scorer as well as averaging just 25 with the ball. His overall list A record is even better, with an average of 83 while striking at 123.

With his level of talent, he could be anything if Australia is willing to invest in both time and money for David. He is adamant though, that he wants to keep his options open.

"I had played the PSL and was looking for an opportunity to play in the UK, and one came up with Surrey. They had a shortage because of the hundred, so I got to play some 50-over games. To be honest, it's been about taking the opportunities I can get to play and take the opportunities when they come. I want to keep my opportunities open to play as much as I can and enjoy it.

David has plenty of experience playing cricket all around the world, and Australia will be looking to use all that knowledge. Interestingly though they place, he has played the least professional cricket, at least in Australia, where the World Cup is being held. He isn't worried at all, though.

"It's something you have to be aware of, having experience in those countries and knowing how to tweak your game to make the most of those conditions. It's about the preparation for those conditions; you know where the targets are to score on those grounds. You get accustomed to those venues and how to score there."

David is now preparing to get on a plane to the Caribbean for a few games before he joins up with Aaron Finch and his men in India for the first of five T20 matches beginning on September 21.