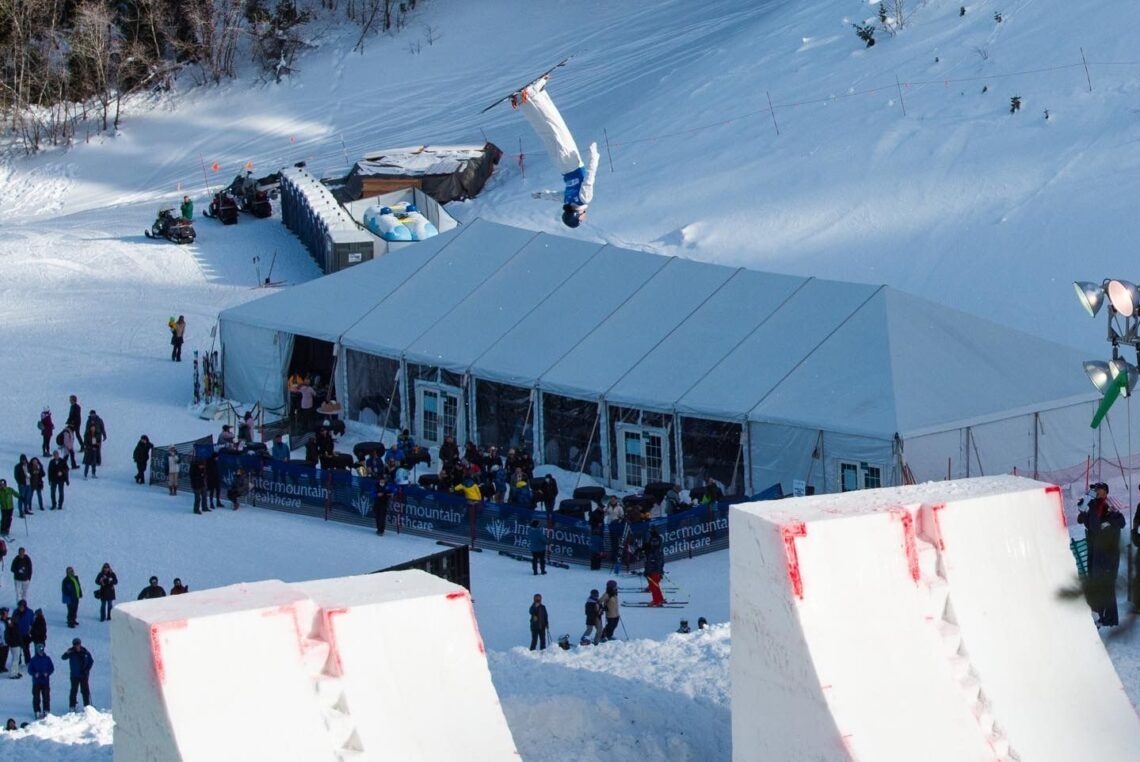 The Australian Aerial Skiing Team at Beijing 2022 will have three-time Olympians Danielle Scott and Laura Peel, alongside debutant Gabi Ash.

The Australian Aerial Skiing Team at Beijing 2022 will have three-time Olympians Danielle Scott and Laura Peel, alongside debutant Gabi Ash.

After a brilliant World Cup season, Australia is well placed, with Peel and Scott both in form, while Ash has jumped into selection consideration with her strong season.

Peel is the reigning world champion, while Scott has multiple World Cup medals to her name, as they prepare for their third Olympics together.

Ash, by contrast, has made huge strides in this quadrennial, landing her first jumps on snow at the beginning of the cycle, and now being selected for the Olympic team.

"Laura and Dani enter the Games, currently ranked third and fourth on the World Cup Aerial Skiing rankings in the last even," he said.

"Laura put down one of the highest scores ever in the women's competition in Deer Valley to win with a close to perfect triple-twisting and triple-back somersault in the same event.

"Dani qualified first and executed the same skill in the final, the triple twisting triple for the first time in her career, and just missed the medals.

"Dani also won a World Cup earlier in the season in Ruka, Finland."

Peel took silver that day, in a strong Australian performance.

Peel finished fifth at Pyeonchang 2018, but will hope to replicate her 2021 World Championships result at her third Games.

"It feels absolutely amazing to be going to my third Games," Peel told media at the announcement of her selection.

"I started this sport about 13 years ago now, and I hoped and dreamed of becoming an Olympian going to one Games, and now I'm lining up for my third."

Peel is also in career best form, and she's one of a three women to have ever landed a quad-twisting, triple somersault on snow.

"It's been quite a long time in the works, its been a massive dream of mine," she said.

"Obviously I saw Lydia Lassila do it at my first Games in Sochi. It's been a little while since then, there's been a lot of work going into it.

"I hope to do some more and fintetune it a little bit, and get a few more numbers under my belt."

Peel hasn't confirmed whether she will attempt the jump at the games, although American Ashley Caldwell is the only other woman to have landed it, and will be competing at Beijing 2022 as well.

"We haven't made any decisions," she explained.

"As an Aerial skier, you always want to be adaptable and be able to make those decisions in the moment.

"In terms of whether I'll need it or not, I think we've got a stacked field, everybody stepped it up this year leading into the Games."

Despite Scott being on the way to her third Olympics, she hasn't relaxed on her laurels, and continues to test herself, landing a "full full full" (triple twisting triple back somersault) in competition for the first time this season.

"It was actually my first full full full ever," Scott confessed.

"I hadn't done any, but we pulled it out on the day and it was pretty exciting to do it.

"It was so close to getting a good score and getting on the podium too, so it was a little bummer, but I was super excited either way, and we kicked a lot of goals that day, so onwards and upwards.

"Hopefully we get some more in Canada while we're here training, it's been brutally cold, but that will hopefully prepare us for China.

"We're sort of taking it day by day, because leading into my third Olympics is just unreal.

"I kind of can't believe it. We dream of going to one Olympics, just to be an Olympian, and represent our country. To think that I'm going to my third is even more special."

While Scott and Peel are old hats at this, with plenty of experience at this moment, they are using all that experience to help their young teammate in the moment, including handing out helpful advice at the press conference.

"I think every Games is different and unique, and this Games especially will be I think," Peel offered.

"I would say that at my first Games, I was a bit of a deer in headlights, and then when it came to Pyeonchang, I knew what to expect a little bit more and I was really able to enjoy the experience a lot more and soak up the Olympic atmosphere.

"Unfortunately, I'm not sure how the Olympic atmosphere will be this time around, but of course the competition is most important, and like I said before, everyone is stepping it up. It's going to be an amazing level of competition and really cool to watch in Beijing.

"I think my advice to Gabi would be to enjoy it. Take a moment to breathe and to soak it all in.

"My advice would be just to slow it down because it does go really quickly and just gain as much experience as you can", she said.

Danielle Scott competed at the Pyeongchang Olympics in 2018 in the Aerial Skiing. (Photo: Australian Olympic Committee)

Ash did comment that her teammates have been inspirations for her, but have also provided mentoring for her all the way through the quadrennial.

"I think they've helped me along the way the past seasons, including this season," Ash explained.

"They're both obviously the top of the field, pushing the degree of difficulty in the field, and I think it's very cool to be able to train and compete alongside them, and just watch and see how they train, compete and pick their brains about different things.

"I think I'm very lucky as a developing athlete to be able to train alongside them."

Ash has come along way this cycle, with the support of Scott and Peel. Having a familiar face also competing at a high level hasn't hurt, with sister Sophie selected to make her Olympic debut with the Moguls team.

"It's super exciting. I can't believe that Sophie has been named to the Olympics, and it would be very cool to see her in action there.

"Sophie and I are often away, so at least, I think [our mother] wants to be here and watch with us, but she's super excited.

"The last two seasons, we've gotten used to World Cups, not having families, friends, crowds around, and it's been pretty cool. Sometimes Aerials and Moguls overlap in the competition venues, so having her there has been really awesome.

"I can imagine its going to be just the same at the Games, if not better, to be able to celebrate each other's success."

Ash started as a junior in diving and gymnastics, before making the jump to Aerial Skiing in 2017. She has multiple top 10 placings this season, and had a strong performance at the 2021 World Championships, placing 15th.

Lipshut commented that it was an area of great pride for the Australian team.

"All of those names are synonymous with Australian winter sport and success at the highest level.," he said.

"I can't wait for Australians to see Laura, Dani and Gabi write the next chapter of that story in Beijing."

The conditions in Beijing are expected to be difficult, with 100 per cent synthetic slow likely, but Scott believes the trio will be well-prepared and able to adapt.

"We've been to China before, and the snow is pretty harsh because it is man made," Scott said.

"So you have to make sure there's a good layer of wax on your skis, or it can actually eat into your ski base, so I think if you're prepared it'll be fine.

"Maybe it'll actually be a good thing, because there won't actually be any fresh snowfall, which does affect our performance."