Three Albums From Australian Artists Coming Out This May

Two Australian electronic powerhouses are releasing albums in May 2022, starting off with Alison Wonderland on May 6th and Flume on May 20th. 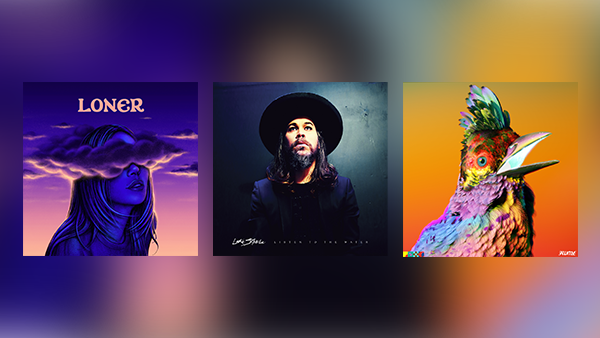 May 2022 is heavy with electronic and dance Australian icons, starting off with Alison Wonderland and closing with Flume. Luke Steele also makes his solo debut, after 20 years in the industry.

Although Alison Wonderland now lives in Los Angeles, she’s still an electronic Australian icon. Her latest album,Loner, is her first since 2018 and has a slightly different direction from her previous work.

Despite the title, Alison Wonderland saysLoneris her “most positive album” yet. This is clear inNew Day, where she sings“I’m in love with a new day”- a reminder that tomorrow is a fresh start.

Alison Wonderland’s latest singleForeveropens the album with all the feels, the perfect soundtrack for a sneaky cry in the club. A reminder that things will get better, it sets the tone for the album’s overall themes perfectly.

Listen To The Water(Singer/Songwriter) - May 13

Even if you haven’t heard Luke Steele’s name before, you’ve probably heard his voice. Steele’s debut album varies from his work in Empire Of The Sun, with a more stripped-back approach.

Listen To The Waternot only highlights Steele’s vocal ability but also his musical ability, particularly on guitar. For die-hard fans, this sound isn’t completely unfamiliar, utilised by Steele in The Sleepy Jackson band.

Despite its melancholy sound, singleArmageddon Slicehas a comical music video, featuring Steele's family and a ghillie suit. The song's lyrics reflect the state of the world at the beginning of the pandemic, with Steele singing"How do we see beyond the mess? / How do we believe 'cause it's gonna get worse".

A staple in the Aussie music scene, Flume flexes his connections inPalaces, featuring a range of musicians throughout his third album. Along with fellow Australians MAY-A, KUČKA and Emma Louise,Palacesalso features Australian birdsong throughout. After relocating to the Northern Rivers region, Flume began to record the birds around him, an inspiration that also worked its way into the album and single artwork forPalaces.

Like most albums released throughout the past two years,Palaceswas written during the pandemic, when Flume returned to Australia. Despite the situation, Flume spoke positively about the move, saying "just have a space and live in the one place the one time has been great [...] it was was really good for my creative process."

Flume has yet to announce Australian tour dates in support ofPalacesbut will be part of the Spilt Milk 2022 line-up in November and December.