Three albums from Australian artists coming out this January 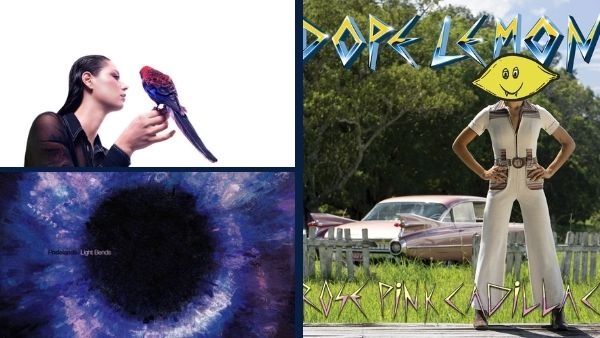 As the new year arrives, so do new albums, with local acts bringing out some of the best. Australia's Dope Lemon, Pridelands, and Grace Cummings will release albums this January, days before voting closes for Triple J's Hottest 100.

In promotion of his 60s inspired record, those who pre-ordered the album were in the running to win a restored 1960 pink Cadillac Fleetwood, valued at $69,000. The Cadillac itself was used in the music video for the albums’ titular single, making the car even more sentimental to Angus and his fans.

Prior to the album’s release, Dope Lemon dropped four singles including lead singleEvery Day Is A Holidaywith fellow Australian band Winston Surfshirt. With Brett Ramson and Angus’ chilled-out vocals, the vibey track is perfect for a Sunday cruise or weekday beach trip.

The album was originally set to release in November 2021 under BMG, but was pushed backafter the animated vinyl’s production was halted due to COVID-19. But the wait is worth it, with the vinyl featuring two different road trip scenes on sides A and B, representing the two moods of the album.

The vinyl is designed to look as if the images are animated when played, something sure to spice up any fans’ vinyl collection.

Melbourne-based five-piece Pridelands are set to release their debut album,Light Bendson January 14. Pridelands have been performing together for years now, releasing numerous EPs and singles over the past 7 years.

Light Bendshas been a work in progress for the band since late 2019, as detailed in theirYouTube seriesdocumenting the album’s creation. Light Bendsis available in not one, but four different LP variants, with a range of colours and designs to suit all tastes.

Three singles have already been released, includingHeavy Tongue, whose release coincided with the announcement of their signing to Resist Records. In the track’s chorus, the band reference Australia’s own Midnight Oil and their iconic songBeds are Burning.

Grace Cumming’s self-produced second album is a major attention grabber. Her unique voice is likely to become iconic within the country and abroad.

Although Grace is not religious, her Storm Queen singles feature several Biblical references as well as a mention of poet Robert Frost and musician Townes Van Zandt.

Her lyricism is even more impressive considering how quickly she will write her songs, an approach her official bio says is “deliberately spontaneous.”

In 2021 Grace also made her Melbourne Theater Company debut as the lead for the world premiere production ofBerlin.The role even required a German accent, just another skill on Grace’s list of talents.

Her experience on stage is clearly visible in live performances, captivating the audience with her dominating presence. In support ofStormQueen, Grace will be touring up the Australian East Coast this January and February, before heading across to the United States to perform at South By Southwest (SXSW).