Three Albums from Australian Artists coming out this February 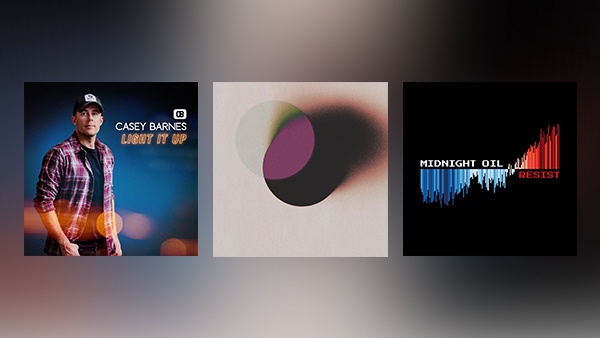 Midnight Oil, Methyl Ethel and Casey Barnes are all releasing albums this February, in a busy month of Australian releases. Read about the albums and artists below.

Midnight Oil is an Australian essential for all ages. UpcomingResistis the band’s thirteenth studio album after decades of writing and performing together.Resistwas written by the band before longtime member Bones Hillmanpassed away in 2020.

After their boom in the 1980s, the band went on to perform for thousands across the world up until the 2000s. Following a brief hiatus, four of the original members – including frontman Peter Garrett – joined forces in 2017 to tour across the globe once again.

Like the albums before it,Resistwill feature strong political statements, discussing issues such as climate change, conservation and the continued mistreatment of Indigenous Australians. As shown in the lyrics of the lead singleRising Seas, Midnight Oil is continuing to call out the powers that be, with lines such as“We have to look you in the eye and say we sold you cheap / Let's confess we did not act with serious urgency.”

The supporting tour forResistwill be the band’s last, likely due to the group’s age, with all the members in their mid-to-late 60s. Currently, the setlists have had a good mix of old and new, something for the short or long-term fans. TheResisttour will be in Australia until April, so consider going to be part of Australian music history.

The album was recorded in a studio owned by Webb’s late friend, with the title acting as a homage to him and the memories of our old selves. In a press release, Webb said, “We all have these ghosts that linger in our present predicaments.”

The pre-album singles have a more pop-leaning approach than Methyl Ethel’s earlier work, littered with bouncing drums reminiscent of club bangers. The upbeat nature of the songs somewhat masks the melancholy of the lyrics, such as“Who's that boy that eats wrong and stays hungry?”and“Harm is at the wide-open door, there’s something wrong again.”

Casey Barnes has been making waves in the Australian country music scene since the release of his debut self-titled album in 2007. The Tasmanian turned Queenslander has consistently been dropping projects since then, gaining him ARIA and APRA nominations in the process.

ALL STARS: 10 PROMOTIONAL SONGS FROM THE MOVIES THAT BECAME CLASSICS

EDGE OF THE CROWD’S JANUARY 2022 PLAYLIST

Light It Up!was created over Zoom, co-written by Barnes, producer duo MSquared, and Nashville country musicians Kaci Brown and Sam Gray. The latter have written for the likes of AJ Mitchell and Greyson Chance.Light It Up!isn't the first time Barnes has worked with Melbourne based MSquared, with the pair co-writing and producing several of his previous albums.

The three singles Barnes has already shown the variety in his music, with stadium shaker “Gone Gone Gone” and slow, acoustic-heavy “God Took His Time On You.”Light It Up!will have something for casual and hardcore country fans, with Barnes taking it on tour on February 25.