Three Albums From Australian Artists Coming Out This April 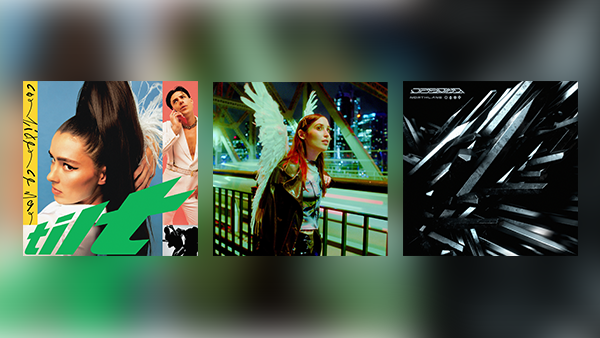 Albums from a broad range of genres are dropping this April. Check out three Australian albums coming out this month below.

Confidence Man's self-produced sophomore album starts April off strong. Inspired by '90s raves, the singleHolidayis a perfect taster of the album's sound. The track's lyrics encapsulate the song's vibe, as Janet Planet sings"I get away every day, my holiday, I'm gettin' paid / I live it up on the go, I'm gettin' high, I'm never low."

If you're looking for some new tunes to boogie to,TILThas all you need. Confidence Man manages to tap into what made dance hits in the past without losing freshness. Fans have five months to learn the lyrics toTILTbefore the four-piece kick off their Australian tour.

Another artist dropping their second album this April is Hatchie. Kicked off with the release ofThis Enchanted, Giving The World Awaysees Hatchie put her heart on the line and finds her self-confidence. This is shown in lyrics such as"'Cause I can't stop thinking about your touch / Don't stop, it could never be too much"and"Your image is all I see / This enchanted, this enchanted."

Giving The World Awaywas co-written and produced by longtime Hatchie collaborator Joe Agius, with an appearance fromSOURproducer Dan Nigro. In a press release, Hatchie (Harriette Pilbeam) confessed, "This album really just feels like the beginning to me [...] feel like I’m rebooting from scratch."

Although Hatchie does not have an Australian tour currently scheduled, she will be opening for Wallows during their November tour.

CHILL OUT AT THE INAUGURAL HARVEST MOON FESTIVAL IN VICTORIA

Australian metalheads have been itching for another Northlane album ever since the release of the band's fifth studio album in 2019. The hunger from fans was so large that the band created their"Worldeaters" Patreon, giving fans a peek into their sixth album, along with exclusive live streams and more.

Lead singleClockworkserved as thetheme songforTom Clancy's Rainbow Six Siege at the 2021 Oceanic Nationals where Australian team Chiefs Esport Club walked away with first place. The track was also the band's first release as a four-piece after bassist Brendon Padjasek departed.

Northlane'sObsidiankicks off in Fremantle this June. That's plenty of time to get familiar with the songs to support one of our own.