Sally Seltmann, King Stingray and Julia Jacklin will all present new music to listeners this month. 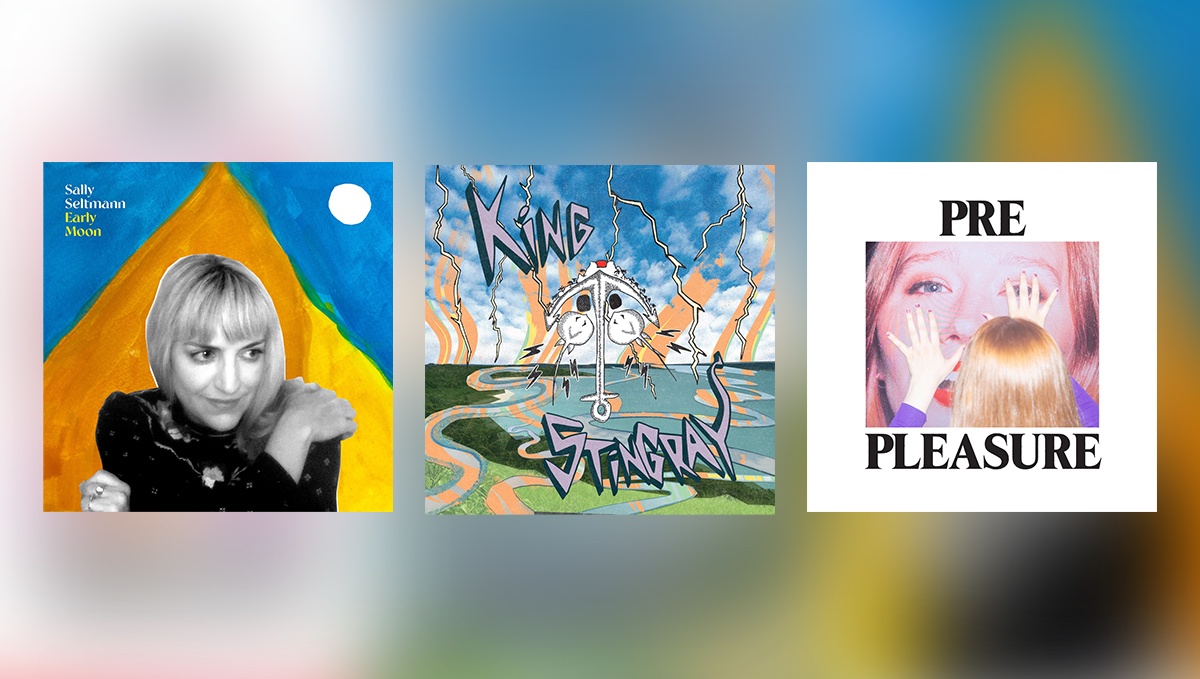 Formerly known as New Buffalo, Sally Seltmann is a Sydney-based ARIA nominated singer-songwriter. Sally and her husband Darren (founding member of The Avalanches) teamed up to write and produce Early Moon, a partnership that saw success in the soundtrack for ABC's The Letdown.

The ten-track album opens with the lead single Please Louise, which discusses the fallout of a close friendship. In a statement, Sally clarified that Louise and the scenario were fictional, sharing that she "loved writing this song".

The second single, Night Bird, discusses Sally's real-life experience with a sleep-disturbing bird in Silver Lake, Los Angeles. In the track, Sally ponders on the bird's freedom, a stark contrast to being trapped in her own head.

For their debut album, King Stingray decided to take the self-titled route. Since their first release in 2020, the surf-rock five-piece has been making waves in the Australian music scene.

Earlier in the year, King Stingray was awarded Best New Artist for Rolling Stone Australia, which will likely be the first of many accolades in their career. Another exciting project the band has released this year is their apparel collaboration with Cotton On, with a vast range of clothing options available.

In the album, the band adds the Indigenous Yolŋu language, spoken by people in northeast Arnhem land. This has been a regular occurrence in the band's music, with a mix of Yolŋu and balanda (non-Indigenous) musicians in the group.

King Stingray are signed to Bargain Bin Records, a label created by The Chats, who will also release an album this month. The five-piece will appear at several Australian summer festivals, including Falls Festival.

Known for her honest lyricism, Julia Jacklin is laid bare on her third album, PRE PLEASURE. The album touches on consent, parental relations, religion and more, giving listeners a look into Julia's most profound thoughts.

Victorians may recognise some of the scenery in the lead single's music video, filmed in Split Point Lighthouse on the Great Ocean Road and in Northcote. In Lydia Wears A Cross, Julia discusses her religious upbringing, referencing Princess Diana, Joseph's technicolour Dreamcoat and Jesus Christ Superstar.