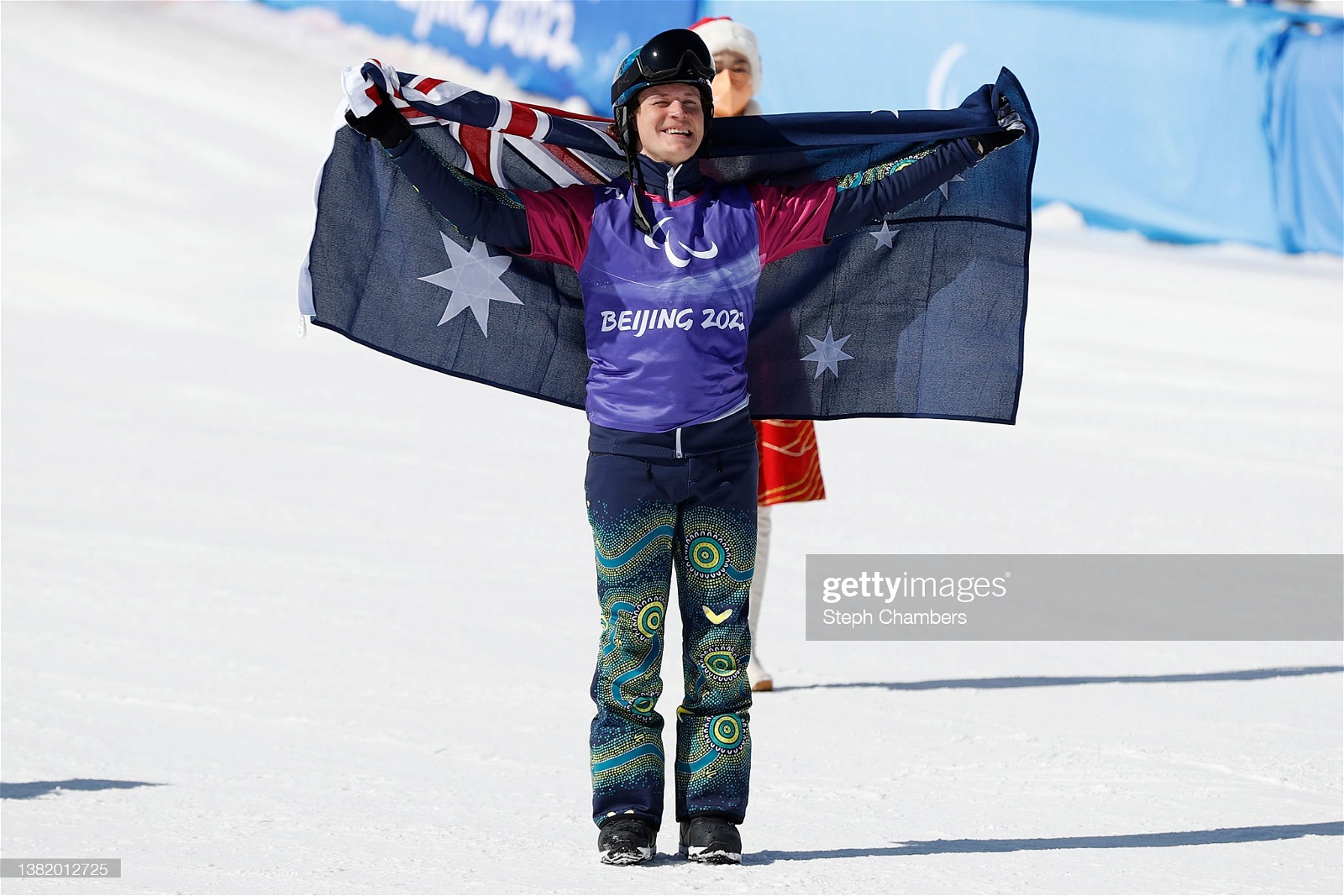 It has been eight long years since Tudhope competed in his first Paralympics at 14 years of age in Sochi, where he finished in 10th out of 33 competitors.

In 2018, he returned to the Paralympic stage, competing in Pyeongchang, now a Winter X Games medallist. He finished 10th once again in the Snowboard Cross but climbed the rankings in the Snowboard Banked event to finish in seventh.

Now 22, in 2022, Tudhope is still the youngest member of the Australian Paralympic team for the Beijing 2022 Olympics but is also a team co-captain alongside Melissa Perrine.

Judging by his form over the past four years he was a natural medal contender winning silver at the 2019 and 2021 World Championships in the LL2 Snowboard Cross classification. Additionally he came out of this season's World Cup season as the Crystal Globe winner for being the most successful Para Snowboard athlete across all classifications and disciplines.

He'd set the stage for a medal in Beijing and he certainly delivered, making it through seeding on Sunday ranked in fourth after qualification with a best time of 1:02.76.

Day three started with the quarter finals with Tudhope needing to finish inside the top two to move on to the semi-finals. With a relatively clean ride he qualified in second behind the United States' Keith Gabel.

In the semi-final, Tudhope was up against Gable again, as well as 2018 gold medallist, Finland's Matti Suur-Hamari and Japan's Keiji Okamoto. This was a harder fight for Tudhope who trailed behind Okamoto and Suur-Hamari for a large portion of the race before finding an opening late in the middle third of the course to overtake Gable and secure a place in the Big Final.

Tudhope and Suur-Hamari were joined in the Big Final by American Garrett Geros and China's Qi Sun. Coming out of the hole and through the wutang section, it was a dead heat between the quartet but Suur-Hamari quickly took control with Geros hot on his tail.

Tudhope's fight looked to largely between himself and Sun Qi with the two coming in close contact but neither crashing.

The Aussie's chances looked to be dashed when he caught too much air on one of the jumps, but it wasn't over yet for the Australian who was cool under pressure, steadily attacking over the rest of the course hitting the final air in third and crossing the finish line 0.20 seconds ahead of Sun.

It wasn't just the Australian Paralympic team that was thrilled with the result with his Team Unicorn teammates, Suur-Hamari and Canadian and sixth place finisher Alex Massie tackling Tudhope to the ground in a celebratory hug.

Ben Tudhope is back in action on Friday March 11 in the Banked Snowboard event and will be contending for a second medal at the Beijing Paralympics.