The Twilight Of Adam: What we know about The Wilds’ new cast

Eight new cast members join Amazon Prime Video's The Wilds for Season 2. Who are the actors playing the participants in The Twilight Of Adam? 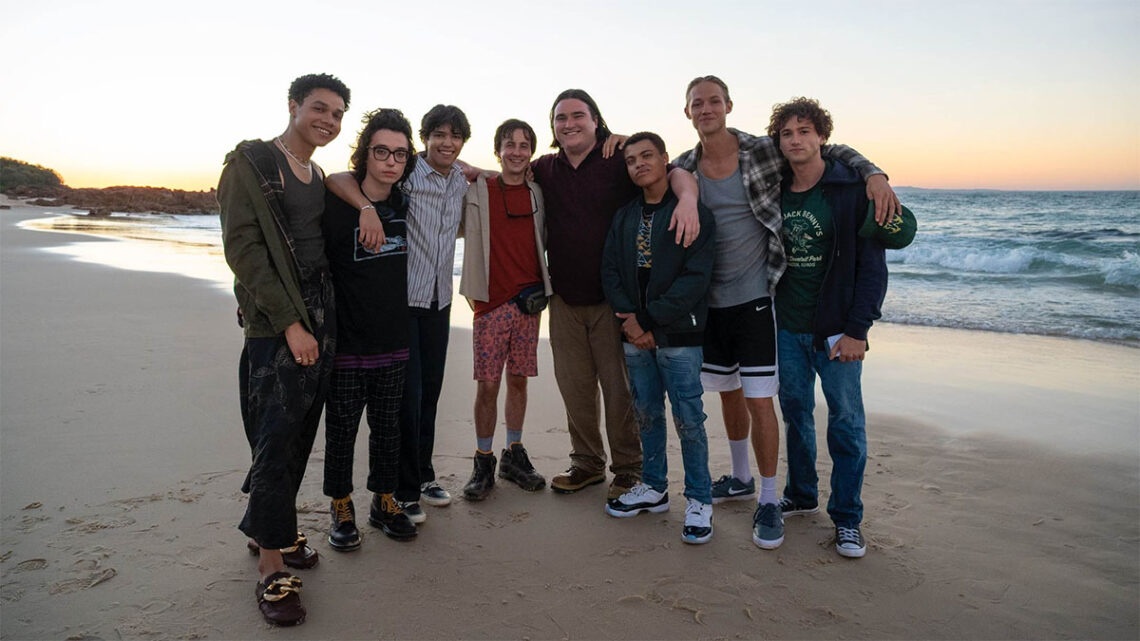 The first season depicts the trials and tribulations that eight young women face after their plane crashes, leaving them stranded on a deserted island. As the season processes, the girls learn that there’s more to their situation than they initially thought.

At the end of the season, the girls, who were travelling to a program called The Dawn of Eve, find out that they weren’t the only group of teens taking part in this program. In the final episode of the season, viewers learn about The Twilight Of Adam, the male equivalent of The Dawn of Eve.

This discovery introduces eight new characters to the show. As it did in the debut season, the Season 2 cast features more up-and-coming actors from Australia and abroad.

Fans of cancelled Netflix showThe Societywill recognize Fitzalan from his role as Harry Bingham. The 25-year-old is Australian-born but now lives in the United States. Don’t worry, he still has the accent!

Fitzalan plays Seth Novack, the step-brother of Aidan Laprete’s character Henry. Novak is described as naturally funny with Ivy-League level intelligence. Based on his portrayal of similar characters in previous roles, Fitzalan will surely succeed in conveying Seth’s charisma and intellect.

He is also set to appear alongside Lucy Boynton (Bohemian Rhapsody, The Politician)and Kelvin Harrison Jr. (Luce, Monsters and Men)in the biographical filmChevalier.

Three years later, Laprete featured in Train’s music video forMermaid,filmed in his birth state of Hawaii. Laprete has gone on to release his own music, with his debut albumEchoesreleased in 2015.

Over the past few years, Laprete has continued to write and release songs, now known mononymously as Laprete.

In December 2021, Laprete played his first show in two years, at the iconic Troubador venue in West Hollywood. FellowThe Wildscast member Reign Edwards showed her support for Laprete, commenting:“IM UR BIGGEST FAAAAAN but like frfr” on hisInstagram post about the show.

Those who followThe WildsSeason 1 stars Sarah Pidgeon and Mia Healy will recognise Miles Guiterrrez-Riley from the pair’s respective Instagrams. Guiterrez-Riley is often seen joking and posing with his friends on the platform. In July 2021, Pidgeon and Guiterrrez-Riley posted a video featuringcomedic dance battleinspired by ofBring It On.

AlthoughThe Wildsis Guiterrrez-Riley’s television debut, he already appears very comfortable in front of the camera as shown by his social media antics.The Wildsmay be his first time on screen, but he is already gaining some notoriety. Keep an eye out for him in the upcoming filmsOn the Come UpandThe Moon & Back.

Zack Calderon is another actor getting his big break onThe Wilds. A former musical theatre student, Calderonshared the momenthe learned he booked the role of Rafael Garcia to Instagram. The adorable videos show Calderon sharing the news with those close to him, exclaiming: “I get to quit my job!”

Calderon has only appeared on screen in a series once before, in one episode of US crime dramaFBI.Sitting at just over 6,000 Instagram followers at the time of writing, Calderon will no doubt get a boost in popularity following Season 2’s release. FellowThe Wildsco-star Mia Healy was in a similar situation prior to booking the role and now has 286,000 followers.

Nicholas Coombe is the second Australian joining the crew, playing the hypochondriacal Josh Herbet. Raised in Perth, Western Australia, Coombe moved to Vancouver, Canada in pursuit of acting gigs, landing the role of Randy inDora and the Lost City of Gold.

Coombe is also part of indie bandThe Beanie Kids, on lead guitar and vocals. The band currently only has two singles out, both released in 2020. Although they were formed in Vancouver, The Beanie Kids could easily trick listeners into thinking the band that they were a rock trio from Brisbane, thanks to Coombe’s accent.

Prior to booking the role of Kirin O’Conner, Alexander had appeared in a handful of short films. One of these short films wasMother Dearest,which Alexander also wrote and produced.

Reed Shannon, who also goes by Reed Lorenzo, adds to the casts’ musical talents. Over the years Shannon has performed as a solo artist and in musicals such asIn The Heights.Throughout 2021, Shannon continued to release R&B singles, following on from his 2019 EP. Shannon plays Scotty Simms, a Floridian teenage entrepreneur who aspired to be in the Forbes 400.

Shannon is the voice of Ekko in the 2021 seriesArcane, alongside the likes of actress/musician Hailee Steinfeld. The series is set in theLeague of Legendsuniverse, a successful multiplayer online game.Arcaneisn’t Shannon’s first gig voice acting, voicing AJ in children’s animationBlaze and the Monster Machines.

Bo Leonard is Scotty Simm’s best friend, played by Tanner Ray Rook. Rook has only appeared once on screen before, in an episode of comedySide Questin 2019. He has, however, gained two million likes on TikTok due to his comedic videos and impressions of Jack Black, including one singingYou’ll Be BackfromHamilton.

Although Season 1 was filmed primarily in New Zealand’s North Island, Season 2 was filmed in Queensland. Those who have visited or live on the Gold Coast may recognise some of the landscape in this new season, just another way the series is highlighting Australia.

The cast has begun to tease Season 2, after they wrapped in August 2021. The WildsSeason 1 is currently available exclusively on Prime Video.

Keep up to date by following @thewildsonprime on Instagram.