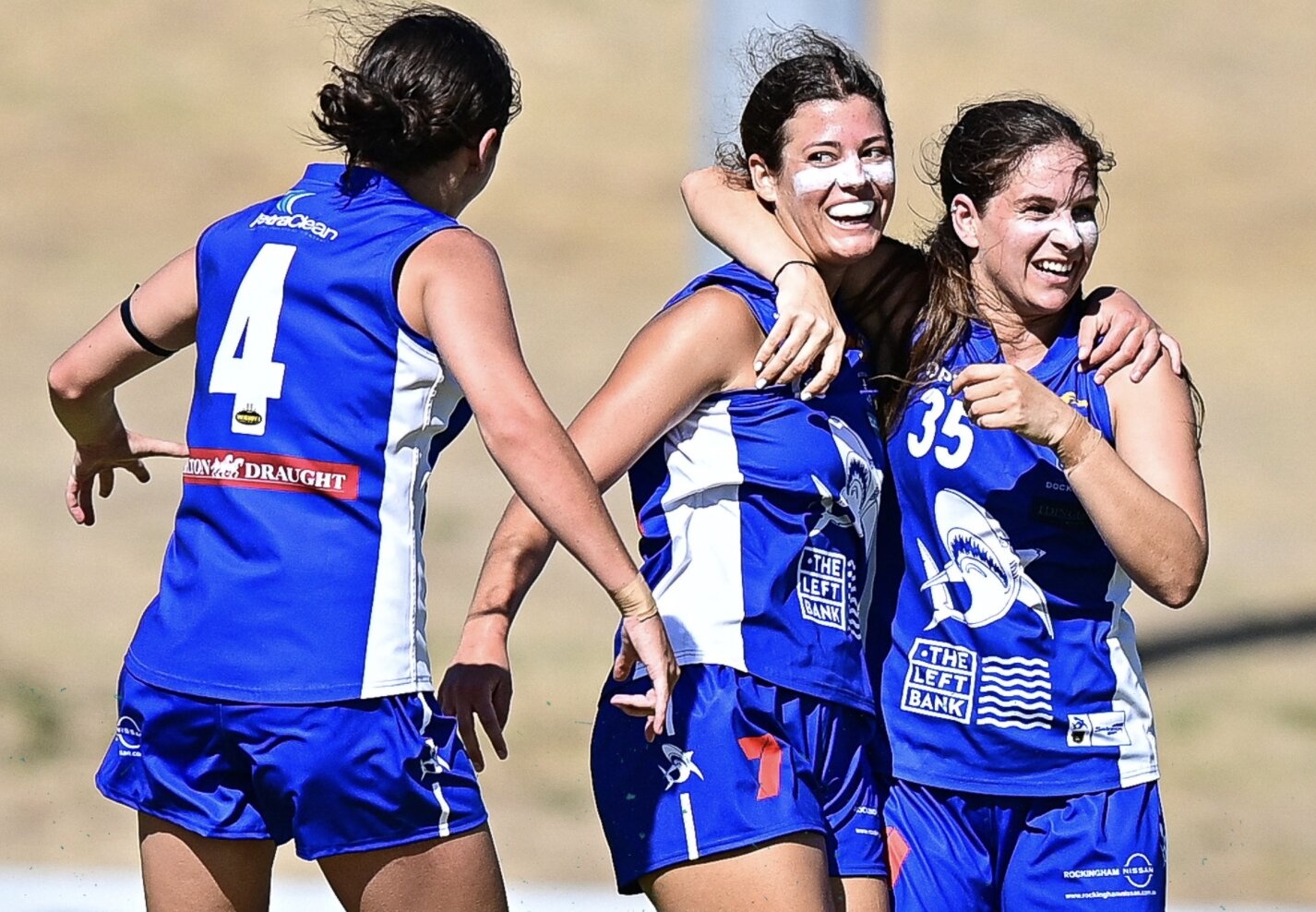 The WAFLW Waffle: Round Two - East Fremantle, Peel, Claremont come out on top

Claremont gets payback, East Fremantle snags its first win, and Peel triumphs once again. Here's all the action from Round Two of the WAFLW.

The WAFLW Waffle: Round Two - East Fremantle, Peel, Claremont come out on top

Claremont gets payback, East Fremantle snags its first win, and Peel triumphs once again. Here's all the action from Round Two of the WAFLW.

The WAFLW returned for another weekend of action, with East Fremantle's first hit out occurring in Round Two.

Claremont won the battle of the big cats to stamp itself as WAFLW premiership contenders, while East Fremantle and Peel Thunder also recorded wins. West Perth had the bye this week.

Here's all the action in case you missed Round Two of the WAFLW.

Swan Districts had all the scoreboard momentum in the first quarter, but it quickly levelled out by three-quarter time, with one point in it. Ultimately, a three-goal final quarter secured the Sharks a 6.3 (39) to 4.8 (32) win.

Despite losing inside 50s 17-30, East Fremantle was accurate and capitalised on its opportunities, giving the team the edge.

Julia Teakett kicked three majors on debut, while Eagle Tayla Bresland, Zipporah Fish, and Leanne Gubbins had a goal each.

As for Swans Districts, Hope Ugle-Hayward (19 disposals, four tackles, one goal) proved herself upon return from reserves, while Sarah Wielstra (27 hit outs, five tackles) was busy in the ruck.

Peel Thunder prevailed against a lively South Fremantle at Lane Group Stadium on Saturday night to lock in an 8.6 (54) to 3.6 (24) win

It was tight at three-quarter time, with only a goal difference between the two sides. Kate Bartlett was influential, kicking five goals, including two during the deciding final quarter.

Other goal scorers were Bailey Molloy and Jorja Haines.

For the Bulldogs, Casey Byrne (17 disposals, five tackles) was exceptional down back, while Tanika Bradley recorded a game-high 11 tackles. Tahlia Holtze was also influential, with 17 touches.

There was little Claremont did wrong, outside of inaccuracy up forward. Every line was firing, leaving Subiaco beaten 7.11 (53) to 1.2 (8).

Madeleine Scanlon (17 touches, five inside 50s) and Ella Smith (16 touches, seven inside 50s) combined in the middle for a strong display.

Also solid was Katherine Bennett (17 disposals, four inside the 50s) who was one of two Tigers to kick two goals, the other being Brooke Whyte.

Subiaco will search for its first win of 2022 against South Fremantle at Fremantle Community Bank Oval on Friday night.

Peel Thunder has a Round Three bye.