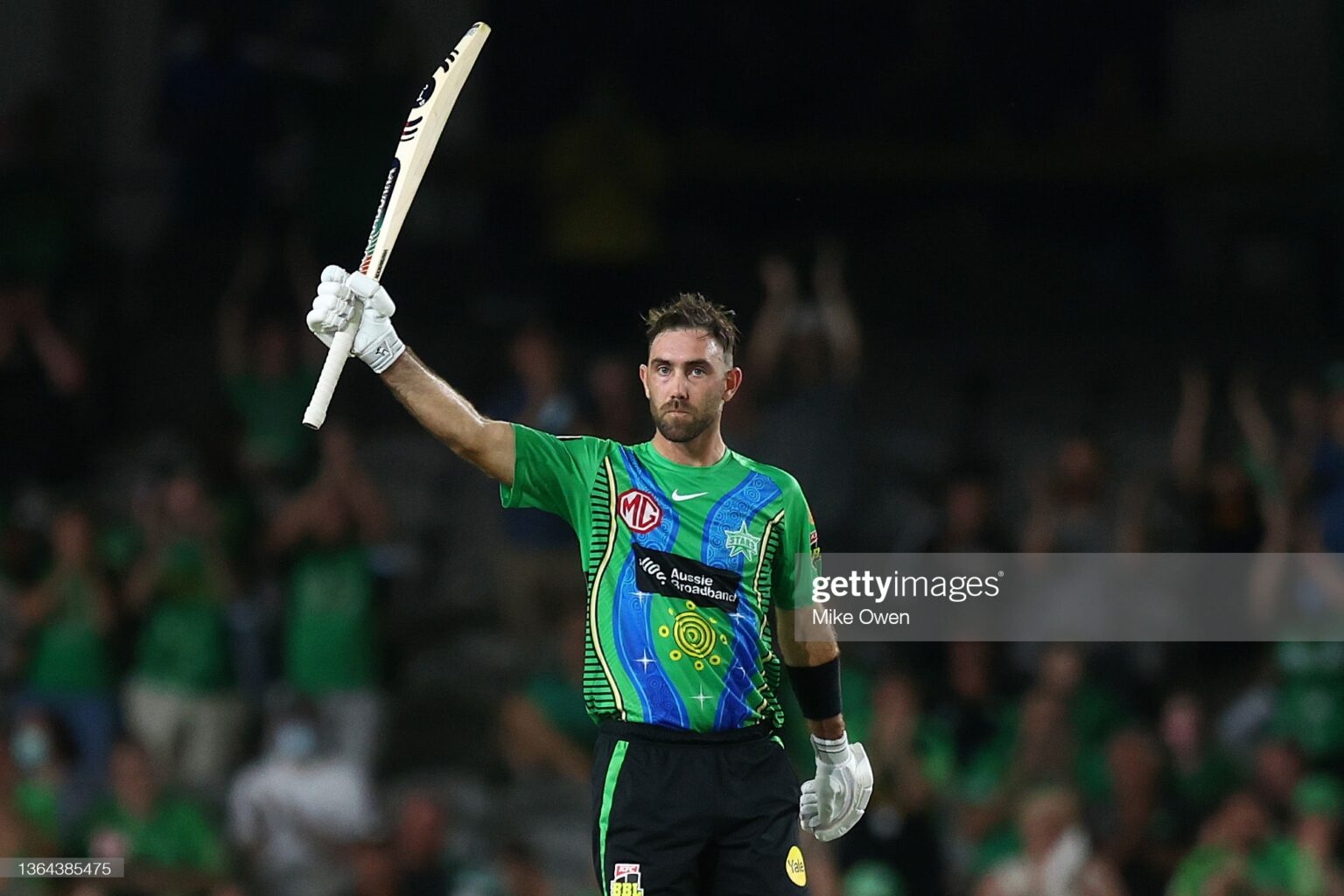 Glenn Maxwell smashed his way to 68 from 45 balls to guide the Stars to a victory agaisnst the Renegades in the Melbourne Derby..

Glenn Maxwell smashed his way to 68 from 45 balls to guide the Stars to a victory agaisnst the Renegades in the Melbourne Derby..

The Renegades started with Nic Maddinson winning the bat flip and choosing to bowl, it was an interesting decision. Especially when you consider that the Stars have won eight of ten matches when they have bowled first against the Renegades.

It was a decision that didn’t pay off with the Renegades struggling with the bat from the first ball. The Stars picked up the key early wicket of Shaun Marsh (7) from the fast bowling of Haris Rauf (2-28) before picking up a second wicket that of the captain only two balls later, the Renegades were in huge trouble at only 2-9.

Only two of the Renegades batters made over double figures with but both of these men scored at incredibly slow rates. Jake Fraser-McGurk was eventually bowled for 32 off 39, he caught up slightly but still couldn’t get above that run a ball mark. The biggest issue from this innings was the pressure it was clearly putting on Aaron Finch who wanted to find boundaries but just couldn’t get it off the square.

Finch was the other player to score over double digits with 45 from 44 before he was bowled by young gun Brody Couch (1-24). Couch is certainly one to watch going forward, he has simply been incredible for the Stars this year and has been the only consistent option in an inconsistent year.

The pair of Fraser-McGurk and Finch put 51 on together after the scoreboard was showing 3-25. While batting was clearly difficult especially of the spin of Adam Zampa (2-18) and Qais Ahmad (2-15) who combined for figures of eight overs 4-33. The batting innings was simply not quick enough with only four Renegades players scoring at over a run a ball.

“The quicks set it up for the spinners, in the past, we have had the spinners having to take wickets and slow the rate, but the early wickets helped us tonight.”

After 20 overs the Renegades had posted a score of only 7/122, even worse was the Bash Boost total of 54 that the Stars got to in the seventh over. It was just never going to be enough for the Stars.

Glenn Maxwell decided to open the batting for the Stars today with Marcus Stoinis still out of the side. To start with it didn’t look like a great idea with the Stars quickly falling to 2-15 in the second over, but Joe Burns (17) and Glenn Maxwell (68) were able to put things back together.

Maxwell spoke after the match about the decision to open the batting.

“This ground and opposition suit me really well and I’ve always played nicely here, I thought I could play well in the powerplay and hopefully see the team home. Unfortunately, the number four faced a ball before I did, so I could’ve stayed at number four.”

Burns and Maxwell put on a partnership of 52 before Burns was out trying to hoik the ball over long on to up the net run rate. From there though it was all Maxwell who found the boundary eight times as well as putting the ball over the rope to put the cherry on top of a great performance.

Maxwell spoke on his batting in BBL11 after the match.

“I feel like I’ve been batting really well this tournament, I feel like I didn’t get the runs at the start of the tournament and then I got the hundred. I feel like I got into my innings and hopefully, it allows me to continue into the finals.”

Hilton Cartwright (12) pushed the ball around for a few overs with Maxwell to essentially secure the win for the side. An amazing catch removed Cartwright with the score on only 95. The most interesting thing is that from 95 to 123 Nick Larkin not only didn’t score but also didn’t face a ball.

Maxwell smacked the ball around to score the last 30 runs in only 10 balls, pushing the Stars up the table. Kane Richardson was the only Renegades player to make a big impact, his three overs returning figures of 1-12.

It has been a disastrous few weeks for the Stars with all of the players catching COVID at different times. Glenn Maxwell spoke of how hard that has been and what he thinks the Stars can do going forward.

“There was a lot of emotions in it, we’ve had a hard time over the last couple of weeks, but we feel like we have still had an impact on this tournament and make the finals.

The Big Bash continues tomorrow morning with the Adelaide Strikers taking on the Perth Scorchers at Adelaide Oval with the match starting at 10:40 AM AEDT.