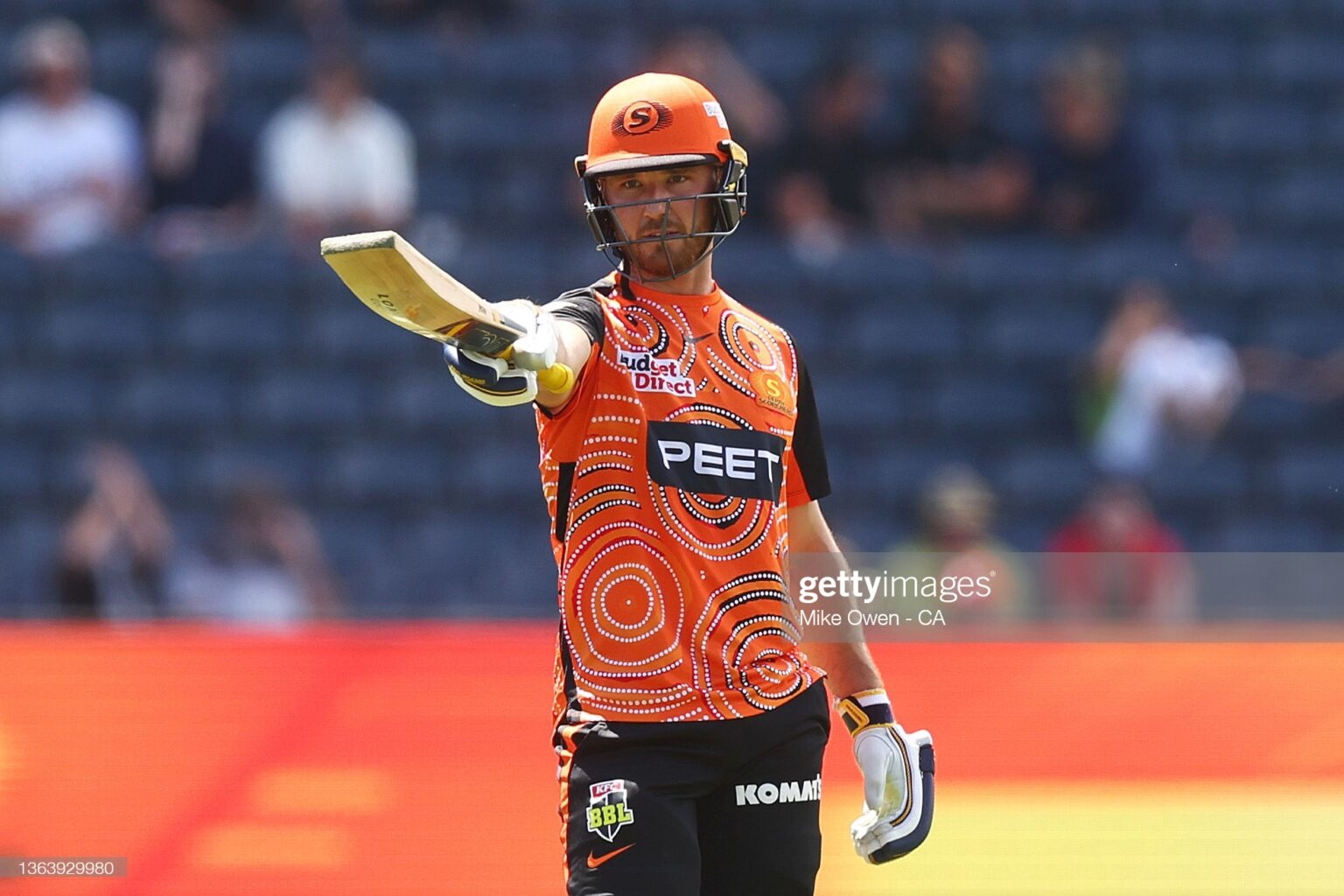 The Melbourne Stars were dominated at GMHBA stadium in Geelong by the Perth Scorchers who won the match by 47 runs.

The Melbourne Stars were dominated at GMHBA stadium in Geelong by the Perth Scorchers who won the match by 47 runs.

Sinead O’Connor sang that it had been seven hours and 15 days, but for the Melbourne Stars it was only 15 hours between their defeat of theAdelaide Strikers last nightand their loss to the Perth Scorchers this afternoon.

The Scorchers were unbelievably good with both bat and ball today winning by 47 runs against one of the strongest Melbourne Stars lineups of BBL11 to date.

Things started well for the Scorchers with Nick Hobson providing a great partnership of 83 with the player of the match Laurie Evans. Both targeted a short legside boundary at mid-wicket and square leg consistently putting the Stars bowlers into the stands.

“Hobson is working incredibly hard to get a game and he hits the ball as well as anyone in the nets.

At one point Laurie Evans had scored four sixes without scoring a single four, it was incredible hitting. Obviously, things weren’t always perfect though, Adam Zampa came close to wickets on multiple occasions as did Qais Ahmed, both spinners were often beating the bat and on a couple of occasions almost shaved the outside of the off-stump.

Watching the spinners do well was part of Adam Zampa's thinking to sub out the Stars best bowler of the season Brody Couch to bring in Clint Hinchliffe at the ten over mark. While an X-Factor sub is also a good story it wasn’t the biggest thing to happen at the ten over mark in this match.

Laurie Evans had hit a two at the end of the 10thover before the break, and yet for some reason, he still faced the first ball after the break. It was a colossal mistake that ended up costing the Stars 18 runs as the Scorchers batters took the power surge and deposited two balls into the stands.

It’s very much a watch this space story with the match referee surely having something to say about the incident.

That being said Laurie Evans said that it was a mistake and not something he would do on purpose after the match.

“I was so desperate to get into the surge and the short boundary that I faced the first ball, it was a genuine mistake.”

Thankfully for the Stars, they could still make something of the surge with Adam Zampa picking up the wicket of Nick Hobson who was seemingly trying to hit the ball back to Melbourne. From there though Ashton Turner continued on from his amazing 69 in the last match hitting the ball to all parts.

In the 6.4 overs that Evans and Turner batted together, they put on 71 to almost take the game away from the Scorchers. Eventually, Evans couldn’t hit anymore and was out LBW to Haris Rauf, that can be chalked up to another bad BBL decision though with the ball clearly going down the legside.

The Scorchers finished their 20 overs with an incredible total of 196. It was always going to be a huge chase for the Stars who weren’t helped by the fact Joe Clarke couldn’t open the batting due to fatigue.

The last couple of weeks obviously haven’t been great for the Stars with most players having to spend at least a week in their hotel rooms, and as Joe Clarke revealed last night some of them were very sick. You really do have to feel bad for the Melbourne Stars this year.

The Stars didn’t start great with the bat, Nick Larkin was gone early, and Beau Webster couldn’t hit one off the square, after two overs the score was 1/2. A small partnership was put together before Joe Burns eventually got out trying to pump the ball 10 rows back.

The wicket couldn’t have come at a worse time with the Stars looking to grab the Bash Boost point. Glenn Maxwell also went before the ten over mark trying to get the 80 runs needed to get that point, from that point it really was a matter of when not if the Scorchers would win.

Beau Webster was able to pump the ball around for a little while, his height was clearly an advantage in getting the ball over the rope. His 63 though just wasn’t going to be enough, the game was essentially over when he got out.

The good news for the Stars is that they have plenty of games to go and while the players are clearly tired if they can put together a good run to the final aren’t impossible. Luckily for the Stars, they won’t have to come up against the Scorchers again.

While every Scorchers bowler did well taking at least one wicket, it was Matt Kelly who continued his domination of the BBL with four wickets. He was incredible taking a wicket from the first ball of each of his first three overs.

Laurie Evans spoke on how good Matt Kelly is with the ball.

“If Matt Kelly is underrated he shouldn’t be every game he turns up and he’s almost our best bowler, he’s a massive asset for the Scorchers.”

It was an impressive win for the Scorchers who have extended their lead at the top of the table. It’s just been incredible how good they have been considering they have only played one home match this year.

Laurie Evans spoke post-match about how good this win was for the squad.

“We are playing some good cricket, it’s a great team to be a part of it makes my job as an overseas easier when you’ve got such great players around you. We are playing good cricket going into the important stage of the tournament.

“In each match, we are having different people turning up, we have some great talent not playing and it’s a great team to be a part of.”

The Big Bash continues tonight with the Melbourne Renegades taking on the Sydney Sixers.