The lineup for Grapevine Gathering has dropped, headlined by The Kooks and Peking Duk, with plenty more Australian talent on show for the wine and music festival. 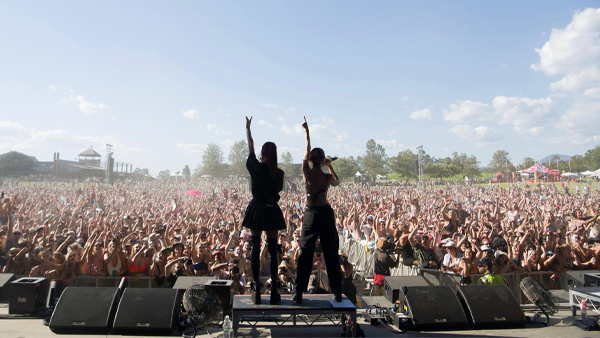 The lineup forGrapevine Gatheringhas been announced and is a showcase of both international and Australian talent, headlined by The Kooks and Peking Duk, among many more.

After last week announcingan expansion to include South Australia and Queenslandand Western Australia, Victoria, and New South Wales, Grapevine Gathering returns in 2022, with the organisers revealing the artists who will be appearing at the five-date wine and music festival.

Hailing from Brighton in the United Kingdom, indie-rock band The Kooks are set to take centre stage as this year's headlining act. The group will make its way to Australian shores for the first time since 2018 to play at Grapevine Gathering.

Australia's very own Peking Duk will also be appearing as one of the top-billed acts on the lineup, the Canberra-based electronic duo of Adam Hyde and Reuben Styles looking to bring their dance music to the vineyards.

Gus Dapperton, a singer-songwriter from New York, will also make the journey over to Australia for the event.

At each date of the tour, social media comedians and podcast hosts Matt Ford and Jack Steele of The Inspired Unemployed will host Grapevine Gathering, performing changeover DJ sets and various other shenanigans.

Grapevine Gathering, located in the country's picturesque wine regions, festival-goers will experience lush vineyards, rolling lawns, and world-class wine. Each respective region will allow partygoers to sample the finest local food and produce and a selection of the tastiest drops of wine on offer.