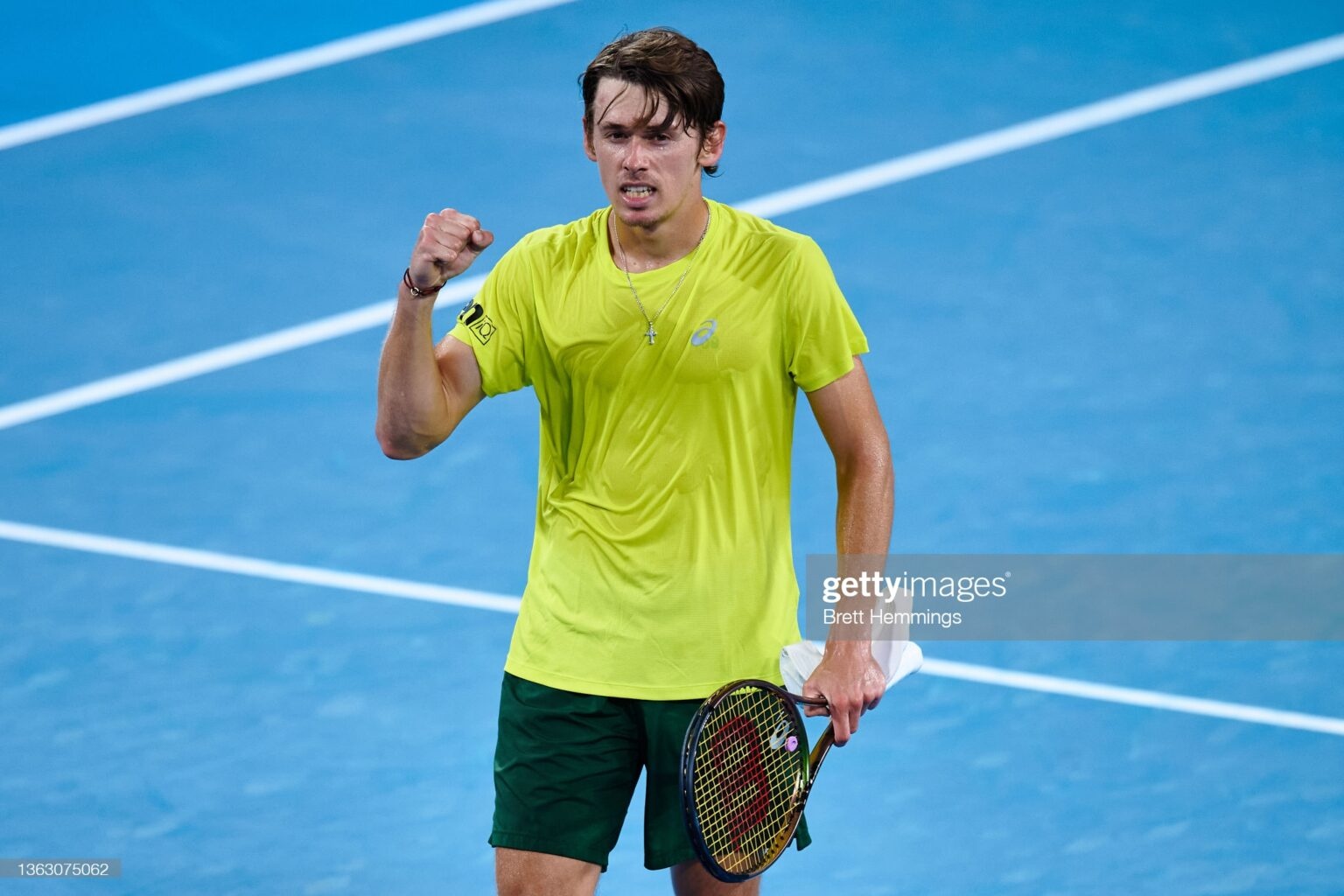 The Aussies in Action at the Australian Open 2022

With the Australian Open starting today there will be a number of local talents chasing their dreams at the first Grand Slam of the year, we take a look at some of the Aussies in action at Melbourne Park.

The Aussies in Action at the Australian Open 2022

With the Australian Open starting today there will be a number of local talents chasing their dreams at the first Grand Slam of the year, we take a look at some of the Aussies in action at Melbourne Park.

With the Australian Open starting today there will be a number of local talents chasing their dreams at the first Grand Slam of the year. The Aussies have drawn some tough challenges in the early rounds so the country will have plenty to cheer for as they attempt to make it through.

Here’s a look at how every Aussie could fare over the next fortnight.

Ash Barty showed some serious form in her lead up tournament at the Adelaide International, defeating a number of quality opponents to claim the title.

Going in with this hot form and making it to the quarter-finals at last year’s Open for her personal best result may give her the confidence she needs to go all the way, but her road to the title isn’t easy.

Defending champion Naomi Osaka’s recent inactivity and rank drop means that Barty will have to face her in the fourth round, and her potential opponents in the following rounds don’t get much easier – with the five seed Maria Sakkari in her quarter and four seed Barbora Krecjikova in the semis.

Ajla Tomljanović has been stitched up by the draw in this year’s tournament. In the first round, she faces the eighth seed Paula Badosa who she fell to in the fourth round in Adelaide just two weeks ago.

Tomljanović is a very solid player who is capable to beat anyone on her day, especially in front of the home crowd, but Badosa has been in some good form and may prove too much for her.

Astra Sharma had some decent form at the Sydney International, making it to the round of 32 before falling to world no. 10 Ons Jabeur.

She faces the unseeded Clara Tauson in the first round of the Open but will have to be on her game to get past the quickly-rising 19-year-old, who is seen in some eyes as a future slam winner.

Storm Sanders will have a big ask in the first round, facing the two seed Aryna Sabalenka. Luckily for Sanders, Sabalenka seems to have a serious case of the yips in 2022, failing to beat the world numbers 93 and 100 in both of her warm up matches in Adelaide.

In front of the home crowd, likely on Rod Laver Arena, will Sanders be able to cause a massive upset?

Madison Inglis has drawn US Open finalist Leylah Fernandez in round one. After making it to the round of 16 at Adelaide she will have to continue her form to take down the world no. 23.

Priscilla Hon was awarded the last of the eight wildcards into the tournament and will attempt to make the most of it when she comes up against world no.31 Marketa Vondrousova in round one, who she has fallen to in both of their previous encounters.

Daria Saville has had success at the Open in the past, making it to the fourth round in both 2016 and 2017. This year she will have to get past the seven seed Iga Swiatek in the second round if she gets past her round one opponent world no. 82 Rebecca Peterson

In Sam Stosur’s last roll of the dice at her home Grand Slam, she will face fellow wildcard Robin Anderson in the first round. If she gets through, the 10 seed Anastasia Pavlyuchenkova will likely be waiting for her in round two.

As Australia’s top hope from the men’s side, Alex de Minaur will have a decent challenge straight off the bat as he faces the unseeded but talented Lorenzo Musetti in the first round.

His run doesn’t get any easier either, likely coming up against eight seed Casper Ruud in round three and young gun 11 seed Jannik Sinner in the next if he is able to pass Ruud.

After a hot finish to his 2021 season, James Duckworth will try and kick off his 2022 Slam campaign with a win over world number 70 Adrian Mannarino in round one but may face challenges in the second when he likely runs into the 10 seed Hubert Hurkacz.

Alexei Popyrin could possibly reach the third round as he did in 2019 and 2020 if he is able to get past world number 58 Arthur Rinderknech in the first and either former top-tenner David Goffin or the in-form Daniel Evans in the second.

Similarly to Duckworth, Jordan Thompson will have a decent chance at getting past his first-round opponent, world number 84 Steve Johnson, but will likely face world no. 11 Jannik Sinner in round two.

John Millman’s draw repeats the formula, facing the 40-year-old Feliciano Lopez in round one, and the third seed Alexander Zverev in the second.

Nick Kyrgios will have hopefully recovered from Covid before his first-round match against qualifier Liam Broady, and if he wins he will then have to battle the two seed, Daniil Medvedev.

We know Kyrgios is capable of beating anyone on his day, but this might be too big of an ask for him against the tournament favourite.

Alex Bolt will be challenged early, having to face world number 51 Alejandro Davidovich Fokina in the first round will meet the nine seed Felix Auger-Aliassime in the second if he is able to get through.

After hismaiden title winat Adelaide Thanasi Kokkinakis will be coming into the Open with red hot form. He should be able to beat his qualifying opponent in the first round before he faces a hungry Rafael Nadal.

There’s plenty to see from the Aussies in the doubles as well, including 10 all-Australian men’s pairs and six in the women’s. Some fellow Aussies will face off against each other in round one.

Australia’s top-ranked men in the doubles, world No. 13 John Peers and world No. 23 Luke Saville will kick off round one by facing off against each other.

Peers will play with Slovak Filip Polasek, while Saville will side the court with fellow AussieJohn-Patrick Smith. Wildcards Nick Kyrgios and Thanasi Kokkinakis will play Alex Bolt and James McCabe, and Matt Reid and Jordan Thompson will play wildcards Rinky Hijikata and Tristan Schoolkate in two all-Australian first-round showdowns.

Aussies James Duckworth and Marc Polmans are teaming up again and will have to get past the eight seed pair of Jamie Murray and Bruno Soares.

In the women’s doubles, Sam Stosur will pair up with China’s Zhang Shuai as the fourth seed after winning the tournament in 2019.

The all-Aussie couple of Astra Sharma and Ajla Tomljanovic will take on the ninth seed, made up of fellow Aussie Storm Sanders and American Caroline Dolehide, who advanced to the Wimbledon semifinals and US Open quarterfinals together last season.

There will be five all-Aussie wildcard teams in the draw.

Dylan Alcott will be fighting for his last and 17th Grand Slam title before he retires after this year’s Australian Open. After completing the Golden Slam last year (all four Slams and the Olympics), Alcott has set his legacy in stone as one of the greats of the sport and will have one last run on his home turf.

The first match of the 2022 Australian Open kicks off on January 17, Edge of the Crowd will bring you all of the important action.