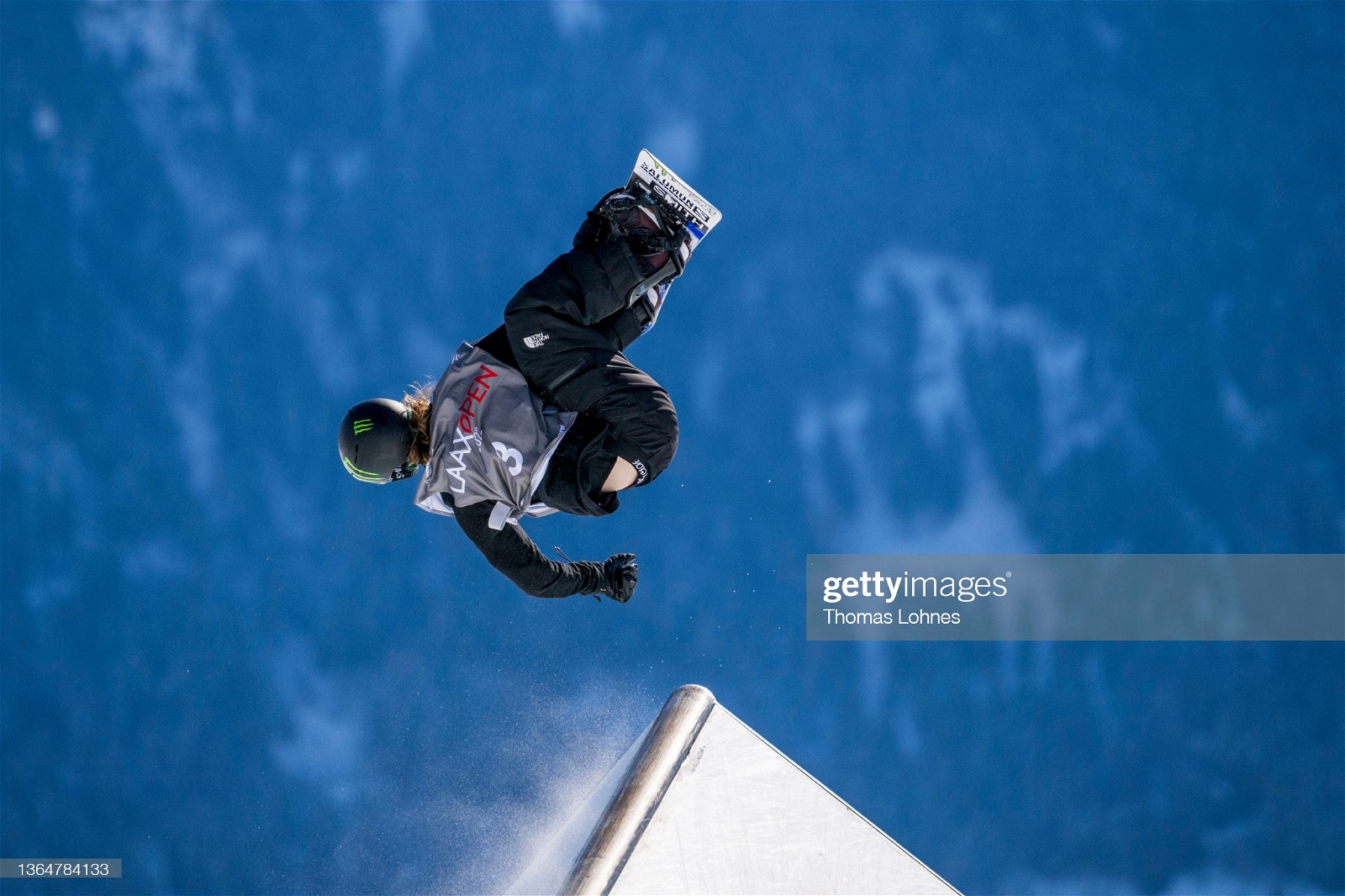 Australia's Tess Coady won gold at the World Cup in Laax in the Women's Snowboard Slopestyle event, while Valentino Guseli finished in fifth in the Men's Halfpipe.

Australia's Tess Coady won gold at the World Cup in Laax in the Women's Snowboard Slopestyle event, while Valentino Guseli finished in fifth in the Men's Halfpipe.

Tess Coady has won her first medal on return to Snowboard Slopestyle competition in Laax, Switzerland achieving the highest score in the final of any of the competitors in the women's and the men's fields overnight.

The 21-year-old was in the lead following qualifying, scoring 79.35 points in her second run to put her in first. Coady's sections marks (44.95) gave her a buffer against second-place qualifier Anna Gasser (AUT), who had the top overall marks (36.26) and a total score of 78.81.

After the first run of the final Coady sat in first with a total score of 79.60, despite ranking second for her sections score (45.20) and sixth for the overall scores (34.60).

Waiting at the top of the hill for her competition to pull out a higher score, the Australian didn't even need a second run in the end with only Gasser getting close to her first score, earning a 78.56.

However, Coady didn't waste her victory lap scoring 86.18, leading both the sections (46.85) and overall (39.33), pulling out a frontside 1080. It was the biggest score across both the men's and women's finals with the men having trouble replicating the massive qualifying scores on Friday.

Coady spoke after the event looking at her ability to land all of her runs as another win on top of the gold medal.

“Really just wanted to land my runs, I think that’s all you can ask for, so to achieve that today was just a win in itself for me.

“This event is always so sick, it’s run so well and the park is always built well. It makes a massive difference for the riders and how much you enjoy the event.

“The frontside 1080 is a new one for me. I learnt it a few months ago at Prime parks in Stubai. I really wanted to bring it out today so super stoked I was able to do that.”

Coady now sits fourth in the World Cup rankings with 100 points at the halfway point of the season, with season leader Kokomo Murase (JPN) sitting on 160 points.

In the men's competition, Matthew Cox was the sole Australian competing. The 23-year-old didn't put together two clean runs in qualifying but did enough to just make it through qualifying in 12th.

Cox struggled in the first run of the final, scoring 30.73 and sat in 10th. However, he produced the fifth-best final run to climb the rankings and finish the day in seventh with a best score of 65.78.

The result is Cox's best of the seasons, finishing in 22nd earlier this month at the Mammoth Mountain event and 16th in Calgary on New Years Day.

Scotty James and Valentino Guseli were also in action overnight in the Men's Halfpipe competition, also in Laax, Switzerland.

Following qualifying, James was in first with earning a score of 95.60 while Guseli finished fifth in his heat scoring 79.60, and produced the seventh-best qualifying score.

James wasn't able to replicate his run from Thursday, scoring 38.75 in his first run and only scoring 11.00, to finish in 11th at his first World Cup back for the season.

16-year-old Guseli bettered his qualifying performance in the final scoring 80.50 in his first run and 80.00 in his second, finishing fifth in the final with the third-best second run score for the day.

The Slopestyle World Cup returns following the Olympics on March 6 in Bakuriani, Georgia. However, Coady James and Guseli return next weekend for the X-Games in Aspen, USA as one of the final competitions ahead of Beijing.