Indie-pop band Teenage Dads has released its first single of 2022 with 'Exit Sign', as well as being announced as the support act on Lime Cordiale's upcoming national tour. 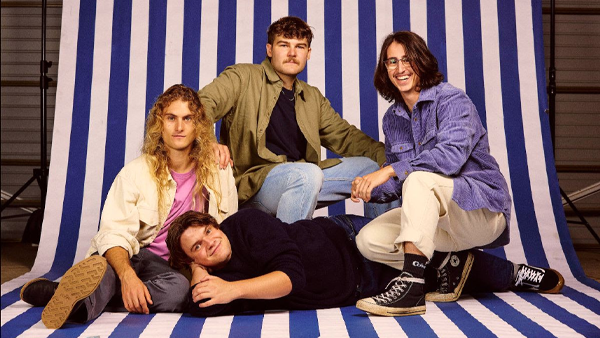 Melbourne-based indie-pop band Teenage Dads has released its first single of 2022, as well as being announced as the support act for Lime Cordiale's upcoming national tour.

The four piece's new songExit Signbrings a blend of the sounds that have become synonymous with the band, with Jordan Finlay (vocals/synth/guitar), Vincent Kinna (drums), Connor McLaughlin (guitar) and Angus Christie (bass) all combining well and integrating different instrumental features into the three-and-a-half-minute track.

In a statement, the band saidExit Signtook inspiration from romance films and the relationships within that don't quite work out in the end.

“’Exit Sign’ is a song about relationships breaking down. Kinda based on the relationships you see in movies like 500 Days of Summer and Like Crazy," the band said.

"We wanted the song to be like those movies, you know. Follows along from the innocent beginnings right through to the bitter ends, realising maybe you weren't meant to work things out, and that maybe it's good that you've both moved on.“

The first song of 2022 by Teenage Dads follows on from the band's eight-track EPClub Echo, released in November 2021 which featured singlesCheerleader,Piano Girl, andThank You For The Honey, Honeywhich resulted in an east coast tour.

Teenage Dads, which was nominated for Best New Artist at the Rolling Stone Awardsthis week, alongside fellow Australian acts Genesis Owusu and May-A, is also supporting indie-pop group Lime Cordiale on its14 Steps To A Better Younational tour in April and May.

You can find details of the tour and buy ticketshere.