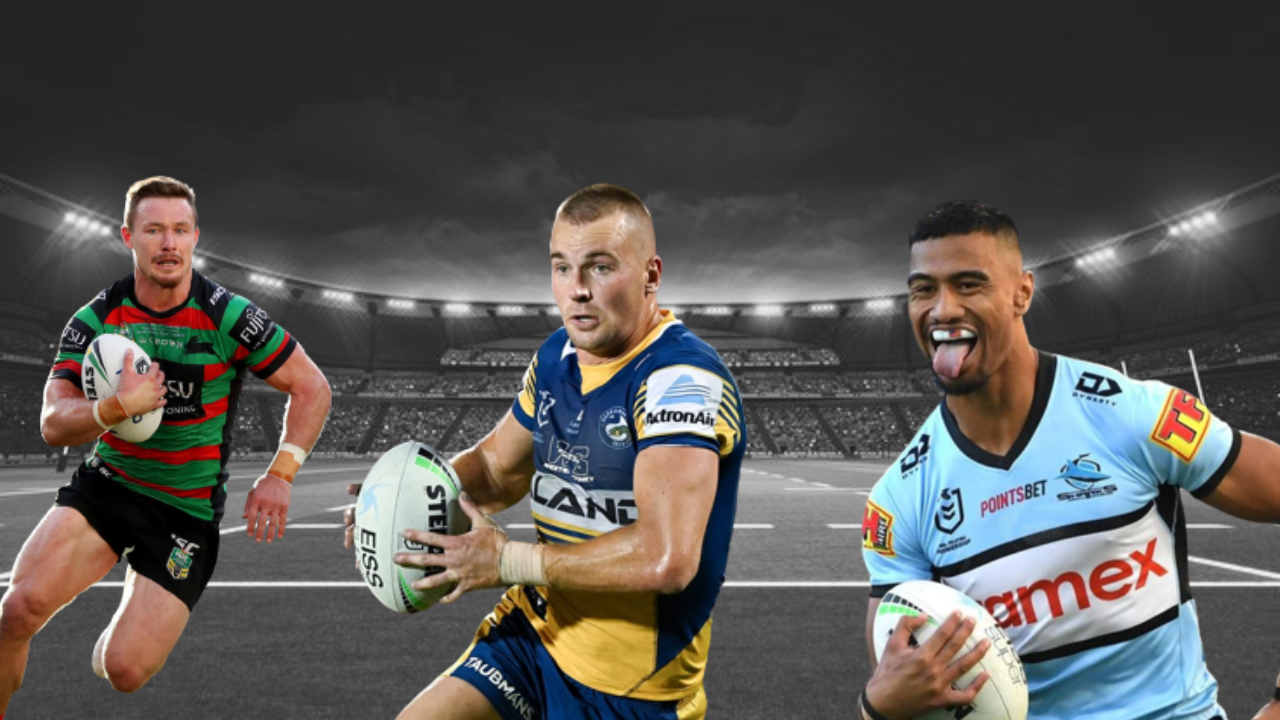 The NRL Semi-Finals featured two thrashings. The Eels were too slick for the Raiders in the two sides' first-ever finals clash, securing a place in their first Preliminary Final in 13 years. The Rabbitohs beat the Sharks 38-12 to set up a clash with the Panthers.

The NRL Semi-Finals featured two thrashings. The Eels were too slick for the Raiders in the two sides' first-ever finals clash, securing a place in their first Preliminary Final in 13 years. The Rabbitohs beat the Sharks 38-12 to set up a clash with the Panthers.

By  Jess Laven and Jessika Ross

Client Gutherson captained the Eels to their first Preliminary Final since 2009 with a dominant 40-4 victory over the Raiders.

After a game with two sin bins last week, this time, Taane Mi showed up at his best.

Milne scored two tries, broke the line three times, and set up another try as the Rabbitohs kept the finals run going another week.

Despite playing with a broken rib, Campbell Graham still managed to make some big plays for Souths this week.

Graham set up two linebreaks, in addition to pulling together 153 running metres, after having to have a pain relief injection pregame.

A player who has become a reliable part of the Eels side this season, Penisini opened the scoring for the Eels as they tore down the Raiders.

In addition to that try, Penisini finished with six tackle breaks and 23 tackles.

While both losing teams this week put in regrettable performances, Ronaldo Mulitalo was one of the few bright sparks for Cronulla.

Mulitalo was one of two try scorers for the Sharks, making a huge intercept at a critical moment and setting up another. This performance, however was not enough to win the game for his side.

The Eel's halves pairing was continuing in excellent form against the Raiders. Dylan Brown was able to make plenty of metres running and passes for his side.

He finished with 321 run metres, with a try assist for good measure.

Mitchell Moses overcame a head knock from last week and another head injury assessment during the game to help the Eels to a 40-4 win over the Raiders.

Moses racked up 120 running metres from 10 runs, 337 kicking metres, one line break and three tackle breaks. He also shared his brilliance around with his teammates, with two line break assists and one try assist.

Moses sprinted to the right corner and got a try of his own in the 45th minute, thanks to one of Junior Paulo's three twisting offloads.

Nicholls was a vital part of the forwards for the Rabbitohs, breaking through the line and getting up the count on his GPS.

Damien Cook was among the Rabbitohs' many star performers in their 38-12 win over the Sharks. He finished the game with three tackle breaks, one try to assist and one line break assist.

Cook was heavily involved in the Rabbitohs' attack, racking up 111 passes and 119 receipts. Having made 35 tackles at 92% tackle efficiency, Cook's defence was also strong.

Junior Paulo's ability to hit the defensive line, roll his body and produce an offload was impressive in the Eels' 40-4 Raiders thrashing.

Paulo racked up three offloads, one of which paved the way for a Mitchell Moses try. He finished with 164 running metres from 18 runs, 53 post contact metres, one line break and three tackle breaks.

Paulo's defence was equally as strong as his attack, having made 24 tackles at 92 tackle efficiency.

A huge force for the Eels all season long, week two of finals was no exception for Papali'i.

With 232 run metres and 29 tackles, Papali'i made his presence felt no matter what was happening in the game.

Both Eel's 2nd Rowers in the week's team was only natural after the calibre of performance this week.

Not to be outdone by his counterpart in Papali'i, Lane made 222 run metres and 24 tackles, as the second row made big plays all game.

Cameron Murray continued his stellar season against the Eels last night, captaining the Rabbitohs to a 38-12 win.

Murray racked up 147 running metres from 18 runs, 33 post contact metres, one line break and five tackle breaks. He put his teammates into space with one line break assist and one try assist. Murray also scored himself in the dying seconds of the first half, thanks to his footwork.

Murray made 37 tackles, the most of any Rabbitoh, and had nearly 95% tackle efficiency.