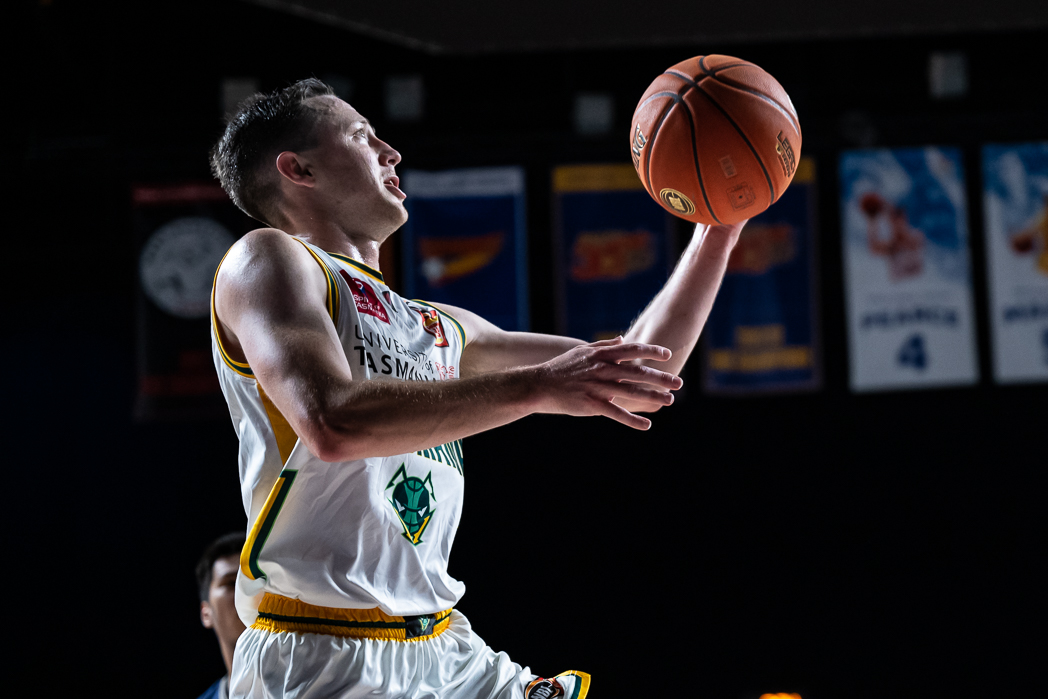 The Tasmania JackJumpers were almost the heroes of NBL22 - now they are geared up for a run at the title in NBL23.

The Tasmania JackJumpers were almost the heroes of NBL22 - now they are geared up for a run at the title in NBL23.

The JackJumpers don't have lots of history, with only one season in the NBL, but they have already made the Finals in their debut season. This year they will be hoping to go one better.

The JackJumpers were everyone's favourite Cinderella story last season, as the new kids on the block. A slow start saw them behind the pack early on, but the moment that Jack McVeigh gave Tasmania an overtime win to cheer about in their first match will not be forgotten.

With 17 wins and 11 losses, they finished fourth after the regular season, but won their way through to the NBL Finals. They came within three games of the ultimate Cinderella story, but in the end, didn't have enough to overtake the Sydney Kings and claim the title.

In the lead up to NBL23, the JackJumpers have won four of five matches, including two of three in The Blitz. McVeigh took home MVP of The Blitz, with a strong performance, including averaging 19 points, and almost 73 per cent from three-point range.

The JackJumpers will be hoping to get through the early part of the season without Will Magnay unscathed, and look to be in touch so that they can make a charge for the playoffs when he returns.

After that win in their first ever match, the JackJumpers were slow to hit their straps, losing six of their next seven games. With the going tough, coach Scott Roth had the team focus on defensive application and slowing down their opposition.

It worked a treat, and the JackJumpers finished the regular season reeling off ten wins from their final 12 games to sneak into the playoffs. The JackJumpers were only in playoff position after the final round, having spent most of the season on the outside looking in.

From there, the story took off as the JackJumpers almost conquered giants to take victory, but were forced to wait another year to have the chance to win their first NBL title, as the bridesmaids to the Kings in NBL22.

The JackJumpers were a force to be reckoned with on the defensive end, but a big part of that was Will Magnay. Magnay is suffering a knee injury, and his return is uncertain.

At the other end of the court, the JackJumpers were not a high scoring team last year, with the second lowest points scored, 2230 points for (just two better than the Cairns Taipans). They will need to be more effective scoring the basket this season to fare well.

With new imports Milton Doyle and Rashard Kelly, the duo will look to provide some offensive spark. As they find their groove, expect Josh Magette to default to his usual role as a facilitator, rather than a scorer, trying to set up the Doyle, Kelly and McVeigh trio.

If the JackJumpers can maintain the defensive intensity without losing any attacking sense, they will be a strong chance to make the playoffs again.

Continuity. With so many key players returning to the fold for the JackJumpers, there will be hopes of going further this year. The core of last year's team has proved that they can take the team deep into the playoffs.

The continuity from year to year means that Roth can spend the summer installing advanced concepts into the system rather than teaching a new system from scratch or teaching a whole new team.

This should unlock more complex play on both ends of the court for the JackJumpers, leading to the chance to challenge opposition teams in new ways.

Injuries. The JackJumpers have been hit hard with the injury bug over the offseason. While Jack McVeigh showed no signs of being slowed down by injury in his starring performance in the NBL Blitz, the same is not true for everyone.

If and when those two players are back, provided the JackJumpers are still within reach of the playoffs, they are a strong chance.

Sam McDaniel has gone from strength to strength since his last performance for the JackJumpers. McDaniel played a starring role for the Hobart Chargers in the NBL1, and was called up to the Australian Boomers squad for the recent FIBA World Cup qualifier matches.

Going into his second season, McDaniel will be looking to take his offensive game to a new level. It is already a high standard, but the likes of Kelly and Doyle should give McDaniel the freedom to grow and thrive.

Having a similar roster to work with in NBL23 will be advantageous to Scott Roth, and the Tasmania JackJumpers, with the blend of talent on and off the court able to produce winning runs. After last year's fairytale season, the JackJumpers will be riding high on a feeling they can already take it up to the best, and will play aggressively to ensure they're back up there, but go one further. Imported players have ensured the offensive output will be stronger, but with the return of Magany up in the air, the defensive end may falter early in the season and the team will be forced to chase their opponents from the start.

Predicted Round One Starting Five

The Tasmania JackJumpers begin their NBL23 campaign away against the South East Melbourne Phoenix at John Cain Arena on Saturday, October 1 from 6pm AEST.