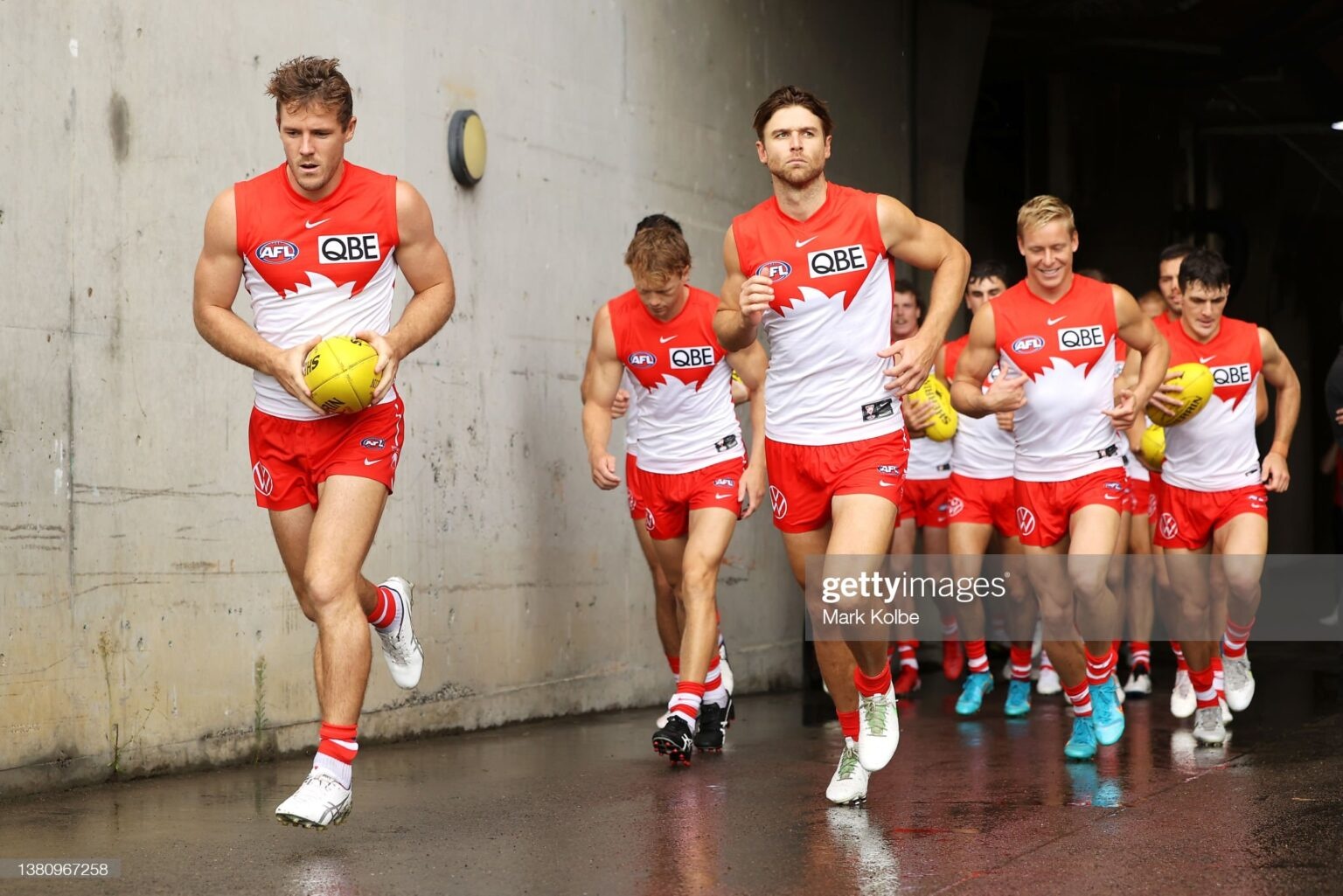 The Sydney Swans shocked many in 2021, with a dramatic rise up the ladder on the back of a youth movement. Can they back it up again in 2022?

The Sydney Swans shocked many in 2021, with a dramatic rise up the ladder on the back of a youth movement. Can they back it up again in 2022?

The Sydney Swans made a leap up the ladder last season, surprising many as they finished on the cusp of the top four, before being knocked out of the finals by the Giants. Will the progress hold for 2022?

The Swans jumped out of the blocks last season, with upsets over Brisbane, Richmond and Geelong in the first handful of matches for the season. The fast start continued, as the young guns for the Swans shined.

Despite a 10 week road trip to end the season, as Covid-19 wreaked havoc on any hope of a home game late in the season, the Swans continued to play well. They went from a bottom-four finish in 2020, to almost top four in 2021, before tumbling out of the finals to the Giants in a thriller in Tasmania.

As mentioned, the Swans jumped out of the blocks, as they were led by a youthful brigade. Callum Mills had moved into the midfield, and three young draftees set the competition on fire.

Logan McDonald and Braeden Campbell looked exactly like the top five draft picks that they were in the early rounds, but Errol Gulden was the star of the show. The Swans Academy product immediately slotted into AFL level, with incredible effectiveness by foot, and an ability to read and attack the game that is more familiar with a seasoned veteran.

The Swans had three Rising Star nominations in the first three rounds of the season, as Gulden, McDonald and Chad Warner each took home a nomination early.

While the draftees slowed slightly through the season, the rest of the young Swans brigade did not, as Justin McInerney, Ollie Florent and Jordan Dawson had brilliant years.

Lance Franklin, Tom Hickey and Dane Rampe also all had renaissance years, Hickey in his first season in the red and white as the Swans had even contributions throughout the team.

In the end, the Swans finished on the cusp of the top four, and will be hoping to go even better this year.

The Swans are going through a transition, as Josh Kennedy and even Luke Parker head towards the twilight years of their storied careers. The Swans struggled in the clearances last year, and inside the clinches.

Callum Mills and Chad Warner showed promise as inside midfielder with Mills always finding time in the clinches, and Warner a bull will the ball in his hands.

The Swans will need more from players like James Rowbottom and Dylan Stephens, who will spend more time in the middle this season. The Swans will need to find players to replace the stalwarts who have carried their midfield for more than a decade.

The other area of improvement for the Swans will be filling the hole left by Jordan Dawson. One of the most damaging players in the competition, Dawson's departure leaves a hole in the Sydney backline that Nick Blakey, Campbell and others will band together to try and fill.

Their success in doing so will guide how the Swans progress through season 2022.

The Swans have speed and foot skills to burn on the wing. Ollie Florent has become one of the most damaging wingers in the league. And there's a reasonable argument that he isn't one of the Swans' first-choice wingers, depending on how they line up.

Justin McInerney has become a damaging winger in his own right, coming of age last season, and cementing his place in the team.

Blakey and Campbell have each also proven to be vicious on the wing, with penetrating left foot skills and speed, but one (or both) of them will likely play on the half back flanks, instead of the wing.

Harry Cunningham and Jake Lloyd have also shown plenty of flair from the back flanks, suggesting that one of the young left footers may push for a spot on the wing, and Dylan Stephens has spent time there in previous seasons too.

Regardless, it's an embarrassment of riches for the Swans on the wings.

Despite having the greatest key forward of the generation, the Swans have issues with their key forwards.

Lance Franklin is on the cusp of 1000 goals, a milestone that may be reached for the last time in a lifetime when he manages it.

But aside from Franklin, the Swans two most damaging forwards in recent years have been Tom Papley and Isaac Heeney. Both are electric players, but neither is a key forward, and neither has the ability to nullify a key defender and stop Franklin from facing multiple defenders.

Sam Reid has been below his best for a number of seasons, Nick Blakey has been converted to a defender, and Hayden McLean is unproven at this stage.

It's fair to say that the key forward stocks in the red and white are very top heavy, and without the star presence, there is something lacking.

If McLean, or Logan McDonald can step up big this year, the forward situation suddenly looks less dire for the Swans, but given Franklin's injury issues in recent years, there is cause for concern.

It says plenty about the Swans' youth stocks that there are three top-five picks who could legitimately be the rising star for them in 2022.

Braeden Campbell and Logan McDonald (2020 draft) each have shown that they have the potential to make an impact on the competition, with Campbell bursting onto the scene in early 2021.

His audacious kicking, which he can pull off with his searing style, allows the Swans to take on the corridor with aggression and speed, having confidence in his ability to execute the play.

As for McDonald, as an 18 year old, he managed three goals on debut, and a handful more over the following weeks early last season, before coming back to earth later in the year.

Errol Gulden was ruled out of this classification, as he is past any question of 'rising'.

Dylan Stephens is an interesting one, after being a top five pick in 2019, he has struggled to find a place in the Swans' lineup. In the 2022 preseason, he has played more and looked more involved in the midfield and on the wing.

Perhaps that is a sign of things to come for the promising South Australian.

The Swans will continue to build on last season, as the young talent has another year in the legs, and manages the physicality of the game better.

A 10-week road trip looks unlikely this season, so with a settled fixture, the Swans are a chance to give the top four a real shake, and make plenty of noise as a finals contender in 2022.