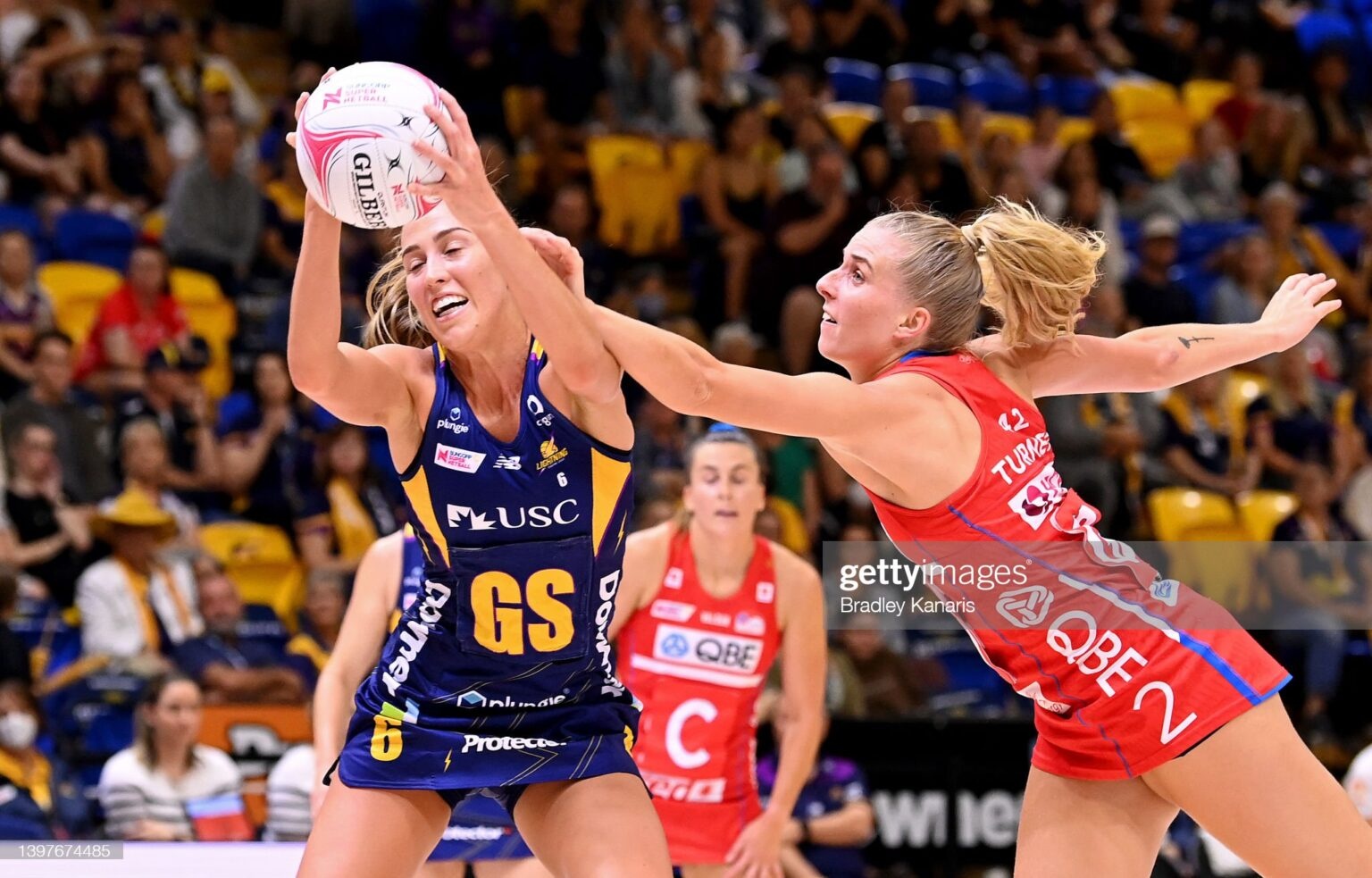 Swifts steal the Lightning thunder with young guns on show

The NSW Swifts have taken a thriller over the Sunshine Coast Lightning to keep their season alive with a narrow victory in the dying moments.

Swifts steal the Lightning thunder with young guns on show

The NSW Swifts have taken a thriller over the Sunshine Coast Lightning to keep their season alive with a narrow victory in the dying moments.

At the start of the year, very few people would have predicted that at the end of this matchup, all eyes would be on teenagers Reilley Batcheldor and Sophie Fawns, but as this game played out, that's exactly what unfolded.

On a Tuesday night, to kick off the second midweek round of the 2022 Super Netball season, the Swifts and Lightning went head to head on the Sunshine Coast.

The Lightning were struck a big blow the day before the game, as Kate Walsh entered health and safety protocols, to be replaced by Bridey Condren.

Walsh played a big role when the teams clashed earlier in the season, giving the Swifts' shooters plenty of trouble.

The Swifts jumped out to a quick start once the match started, making it 10-3 halfway through the first quarter.

Despite that start, a late run for the Lightning brought it back to two goals at the first break.

Laura Scherian, who was returning from COVID-19, was blanketed early by Tayla Fraser, as she recorded just one goal assist in the first quarter.

The second quarter started the same way as the first, as the Swifts jumped out to another lead, twice getting out to a six goal lead, before the Lightning again brought the gap back, but they were only able to bring it back to five goals at half time.

Coming out of the half time break, both sides made a change. The Lightning injected Reilley Batcheldor into the game, with Laura Scherian taking a seat, while the Swifts countered with their own teenage shooting sensation, Sophie Fawns on for Kelly Singleton.

It was the start of a showdown between the young stars, as they finished with five Super Shots and 24 goals between them.

The Lightning started and finished the third quarter strongly, bringing the game to a knife's edge, and taking a one goal lead into the final break.

The fourth quarter was delicately poised, goal for goal for the first five minutes, before it looked like the Lightning had snapped. The Swifts piled on seven goals in a row to take the lead out to 55-49 with less than five minutes to play.

The story was far from finished, as Steph Wood (three) and Reilley Batcheldor (two) rained down the super shots, drawing the game level with 35 seconds to play. From there, madness ensued, as both sides tried to close it out.

In the end, the Swifts held on, with Helen Housby scoring the winning goal as time expired, after Sophie Fawns missed with three seconds to go.

After the match, both coaches were still collecting themselves as they spoke to the media.

Lightning coach Kylee Byrne could identify the slow start as a big issue for her team, as she took in the final moments.

"It all seems to have happened really quickly," Bryne said.

"In the end, I think repeated errors early on. I was talking to a few of the players. When you cough one up, you can’t cough three up, and in the end, you don’t want to get in that chasing position and that's where we saw ourselves again early on.

"When you get out to six [goals behind] pretty quickly, straight away you’re on the back foot, so I’m immensely proud of the fight they put in, and we didn’t let it slip away to a bigger margin. We got back into it. I thought that second half, we definitely won, but even in just how we played, I was proud of that fightback and how we finished the game."

Swifts coach Briony Akle was also still digesting the game when she spoke to the media.

"I just think that was crazy," Akle said.

"I reflect on that and go ‘what just happened?’ So I need to go back and really have a good look at it, but certainly happy that we took it out in the end.

"Credit to Lightning, they came back at the end after we had a really good start, and they came on and certainly worked out what we were doing and made that game what it was tonight.

"I’ll take any win. We were just saying in the huddle, I think it's the first time we’ve beaten the Lightning on this court. We certainly know what a great team they are, and to have that win, even though it's only one, we will have that and take it."

Byrne explained the challenges of managing fatigue on the short week, as the teams will play three matches in eight days.

"Being a condensed week, and [Scherian] coming out of COVID as well, we had to look after people. There's some really exciting combinations there, with [Batcheldor] getting more court time now, Cara [Koenen] getting this second position at goal attack now, there's some exciting stuff happening."

The loss for the Lightning makes the top four and finals almost impossible. It will be the first time in the Lightning's history that they don't make finals.

Byrne is looking for the positives, despite that.

"It's still to get the wins, but in the end, it's about getting better every game. That's something we have always talked about. I thought our performance against Fever was great, but I still think we put out a great performance tonight.

"Unfortunately the scoreboard isn’t going the right way for us, but as long as we keep building, this group stays together again next year, so there's a bit of a longer-term vision with this group."

For Akle, the Swifts are hitting their straps, with three wins in a row, and are suddenly finals contenders, after looking out of sorts for much of the season.

"We had a devastating Round One, in terms of losing a marquee player for us [in Sam Wallace], so coming together and learning each game, and getting more court experience for those less experienced players is certainly important, and I’m thrilled with where we are at at the moment."

Akle paid tribute to Housby, who has adapted as she has taken the mantle as the leading light for the Swifts' attack end this season.

"Helen has had growth. It was certainly hard for her at first, changing out style of play, we’ve moved on to a rotating circle, and she’s got some young ones in there, but she’s really stepped up and is doing a job for us."

Joining Housby in the circle has been Sophie Fawns, who stepped in for Wallace, and has played a key role multiple times, including a blistering cameo in the second half tonight.

"I certainly think that is the beauty of being an 18 year old rookie in this league," Akle said. You can come out without fear, and she certainly did that, and I’m grateful that she did that. She took to that post and took those shots when we needed them."

The Swifts coach cast an eye to the Diamonds for the future, with her speculation after the game.

"Reilley [and Sophie], they both did a great job. The good juniors are coming through and taking it to Worlds [the World Cup] and Commonwealth Games for the next few years."

The Lightning will lick their wounds and prepare for a Queensland clash against the Firebirds, while the Swifts will travel to Melbourne to face the Vixens.