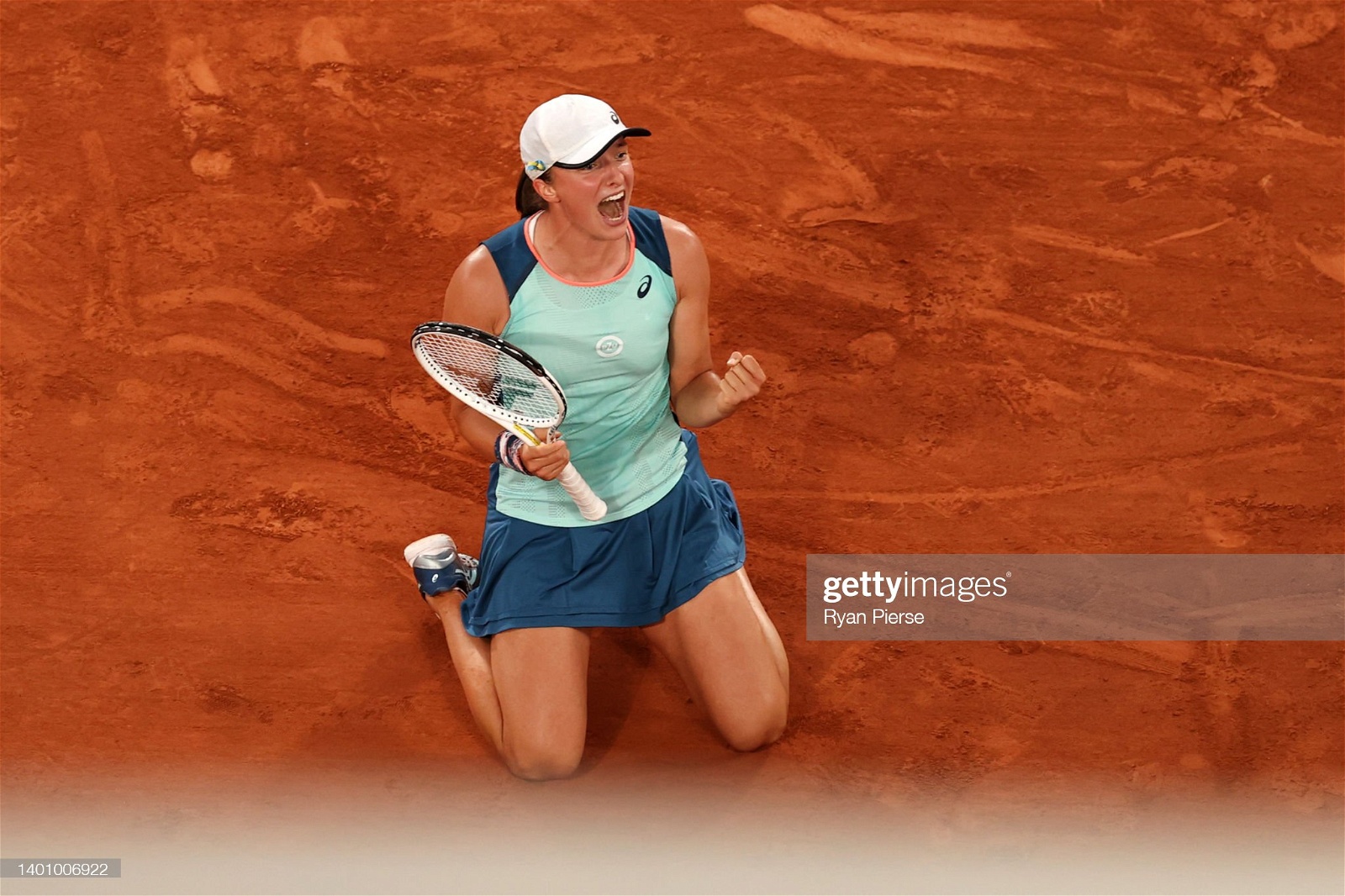 In what was likely a curtain-raiser to an era of dominance for the Polish 21-year-old, she defeated American Coco Gauff 6-1, 6-3. It is her second French Open crown after winning in 2020. Incredibly, the Pole only dropped one set on her way to glory in Paris.

Swiatek, seemingly unphased by the pressure that comes with being world number one, was the epitome of focus. Her favourite status spurring her on to greatness, as opposed to the expectation weighing her down.

Coco Gauff, the plucky American 18-year-old, won the toss pre-game. That was all she would win, however, as Iga Swiatek was dominant from the start.

The Pole was cool as a cucumber in the first few games. She broke 18-year-old Coco Gauff’s serve twice, along with her spirit as she took a commanding 4-0 lead inside less than twenty minutes. Gauff played her game as the nerves eked away, but was powerless to stop Swiatek.

Her incredible forehand shot to win the sixth game of the first set rubber-stamped her superiority over her opponent. She halted any momentum that Gauff may have worked up by breaking her for the third time to win the first set 6-1 in a little over thirty minutes. 14 unforced errors from the American helped her take the advantage.

The match heated up in the second set as Gauff’s nerves dissipated. She broke the Poles' service, as she threatened to make a game of it. The crowd got behind the youngster as she won the second game of the second set also, shaking off the nerves that blighted her first set.

Swiatek won her first game of the second set and seemed to play some mind games with her less experienced opponent, requesting the lights get turned on. The time-wasting ploy seemed like a blatant attempt to take Gauff out of the rhythm that saw her take an early lead in the second set. It worked. Swiatek regained the break straight away and took the lead 3-2 with her next service game.

It was a procession after that. The Polish superstar won five games to put herself in a commanding position. The exclamation point on her dominance was the back winner she hit to take a 5-2 lead. The second set finished 6-3

THE SWIATEK ERA HAS BEGUN

While some of her time-wasting tactics have to be questioned, there was no doubt about Swiatek’s superiority. Despite Coco Gauff’s best efforts to save the match, she was out of her depth on Court Phillipe Chatrier. An unforced error from Coco Gauff on match point handed Swiatek a much deserved second French Open title.

It was hard not to feel for the American youngster. She was clearly a bundle of nerves early on and she never really recovered. If there is any consolation for Gauff, it is that she has the chance to win her first grand slam again soon. Gauff and countryman Jessica Pegula will take on hometown heroes Kristina Mladenovic and Caroline Garcia in the Women’s Doubles final.

An understandably heartbroken Gauff congratulated Swiatek on her victory and apologised to her team for “not getting the job done this time”. With the talent she has shown in her short time on this earth, you feel this won’t be the last time we see her on centre court on the last day of a grand slam.

Today was all about Swiatek, though. After receiving her trophy and standing for her national anthem, the Polish world number one thanked her family for everything. Visibly shaken by the moment, Swiatek stumbled through her acceptance speech.

She commented on winning the tournament saying “it was pretty tough, the pressure was big”.

After a few lighthearted moments, she finished with a poignant message regarding the war in Ukraine saying, ”Ukraine, stay strong... The world is with you.”

The Polish superstar is going to be hard to stop if this match is anything to go by. The Iga Swiatek era has begun.