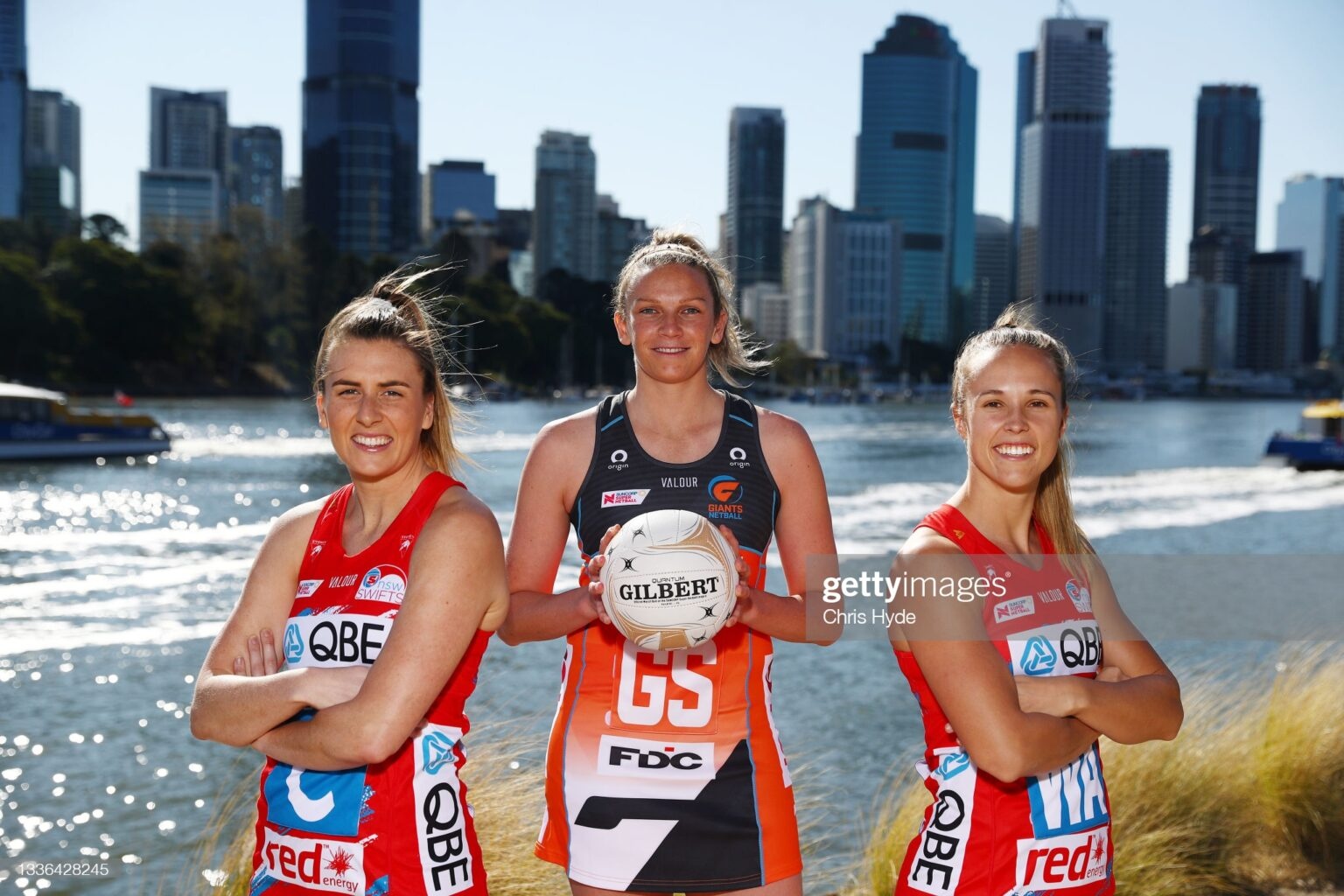 The Suncorp Super Netball fixture for 2022 is full of great matches. These are ten of the best to watch, ahead of the season.

The Suncorp Super Netball fixture for 2022 is full of great matches. These are ten of the best to watch, ahead of the season.

After the 2022 Suncorp Super Netball fixture was announced, excitement began building for the upcoming season. With a new broadcast deal, the competition has seen new timeslots for matches and a return to midweek netball.

As the competition tries to catch the NSW Swifts and dethrone them, theEdge of the Crowdlooks at the ten matches on the schedule that attract the eye.

Round 1: NSW Swifts vs Giants Netball

The first day of the 2022 season will include a rematch of the grand final from last season. As the Swifts kick off their premiership defence, they will face their cross-town rivals, the Giants.

Last year the sides played four times, with the Swifts taking victory three times, once in the regular season, in the qualifying final and obviously the grand final. Aside from the storylines of the big club and the new kid on the block, and the storyline of Julie Fitzgerald coaching against her protege, Briony Akle, there is a new dimension in 2022.

Over the offseason, Lauren Moore switched clubs from the Swifts to the Giants, and will play a key role in slowing down the Swifts' goal circle. Teigan O'Shannassy and Matisse Letherbarrow were reached elevated to the squad for the Swifts and Giants respectively, after spending time in the academy group for the other club.

With all those storylines, expect the match to be a thriller, as the Giants look for revenge over the Swifts, and the Swifts look to kick off their premiership for a defeat.

Round 3: Melbourne Vixens vs Giants Netball

One of the biggest player moves of the offseason was Kiera Austin's move from the Giants to the Vixens.

After Austin made her Diamonds debut in March 2021, it appeared that the Giants had found a superstar goal attack for the future. It wasn't to be, as Austin tore her anterior cruciate ligament in the opening round of the 2021 Super Netball season.

As Austin's rehab continued, Sophie Dwyer thrived for the Giants. Austin travelled with the team throughout the 2021 season as she recovered, but at the end of the season, Austin decided to cross to the Melbourne Vixens.

After a disappointing 2021, the Vixens have made a number of roster changes to try and return to the finals. An early matchup against the 2021 grand finalists will be a chance for the Vixens to stamp their credentials.

With the four-time Suncorp Super Netball player of the year, Jhaniele Fowler, the West Coast Fever are always a threat.

The Queensland Firebirds are undergoing a transformation, especially in the defensive end, with last year's defensive stars Tara Hinchliffe and Rudi Ellis departing at the end of last season, with Ellis crossing to the Fever.

The last player the Firebirds added in the offseason was Eboni Usoro-Brown. Her play for the English Roses in the recent series against Jamaica highlighted that she will be able to trouble Fowler.

After their battle in international colours, the duel between the two will be worth the price of admission for this match.

Round 4: Adelaide Thunderbirds vs NSW Swifts

In 2021, the Swifts' run to the premiership was punctuated by a shock loss in Adelaide against the Adelaide Thunderbirds. Shamera Sterling ran riot against the Swifts' attacking end, with six intercepts and five deflections.

In the return match between the sides, Sam Wallace played just ten minutes, and Sophie Garbin played a leading role in slowing Sterling as the Swifts exacted revenge. However, at the end of last season, Garbin departed the Swifts for the Collingwood Magpies.

In 2022, how will the Swifts reduce the impact that Sterling has on the contest?

Without Garbin, the Swifts will need an alternative plan, but Briony Akle has masterminded two premierships in her time at the helm of the Swifts. What she comes up with will be worth watching.

With matches decided by one goal, two goals and three goals last season, this rivalry is as close as it gets.

There is no love lost between the sides either, as the matches were physical last season. Added to that was the complexity that came with the Giants being unexpectedly forced into quarantine when they played in Perth in 2021.

Will the Giants be able to slow Jhaniele Fowler without Sam Poolman, who has now retired?

Will the Fever have a new plan to tackle the Giants under new coach Dan Ryan?

Round 9: Collingwood Magpies vs Queensland Firebirds

One for the travellers, this match marks the return to Tasmania. As in 2021, Collingwood Magpies will host the Firebirds in Tasmania, as Collingwood continues to partner with the Apple Isle.

The Magpies were victorious 68-65 in 2021, Shimona Nelson and Gabi Sinclair showed out, missing just four shots between them.

These two sides will both be vying for a finals spot in 2022, and this matchup may well decide which of these teams is in a position to break a longstanding finals drought.

A potentially pivotal matchup will kick off the second half of the season.

The battle of the Bruce Highway takes on a special meaning this year, after the 2021 offseason.

Former Firebirds vice-captain Tara Hinchliffe was a shock departure from the Firebirds after tearing her ACL during the 2021 season. Reilley Batcheldor followed as well, despite a shooting spot opening up after Tippah Dwan's departure.

The two losses to the Firebirds in 2021 cost the Lightning a shot at the minor premiership, and they will be eager to avoid the same in 2022.

Round 12: Collingwood Magpies vs NSW Swifts

The last two times the Swifts have won the premiership, they have lost to Collingwood in the second half of the season. All eyes will be on this result, as if the Magpies lose, the competition can pack up and go home.

Added to the dimension is the offseason departure of former Swifts shooter Sophie Garbin, who has moved across to the Magpies, in the next phase of her career.

Garbin's departure changes the shooting circle of both teams, as the Swifts lose their swiss-army knife shooter, while the Magpies gain another versatile weapon, to pair with Nelson and Sinclair.

At the other end of the court, the tantalising matchup between English Roses teammates Geva Mentor and Helen Housby may eventuate, setting the stage for a hard-fought battle.

The last time these two teams met, it resulted in extra time as the Lightning won a thriller. Earlier in the season, the Lightning had comprehensively beaten the Giants in Sydney.

The Lightning have not missed finals since they joined the competition, while the Giants have unfinished business after falling at the Grand Final twice.

The Lightning will be hoping to beat the Giants, in a match that may decide who makes finals and goes home without making finals.

Round 14: Collingwood Magpies vs Melbourne Vixens

Since the Magpies have been in the Super Netball competition, they have been fighting the Vixens for the spotlight in Melbourne. What better way to steal the spotlight than in the last match of the season, with everything on the line.

Unless the finals are totally locked by the time this match rolls around, all eyes will be on it for the implications it could have on the rest of the league. Make sure not to miss it.

There are plenty of other matches across the Super Netball season, 50 others to be precise. They will all be great watching, so stay tuned, as the league enters a new era on a new broadcaster.