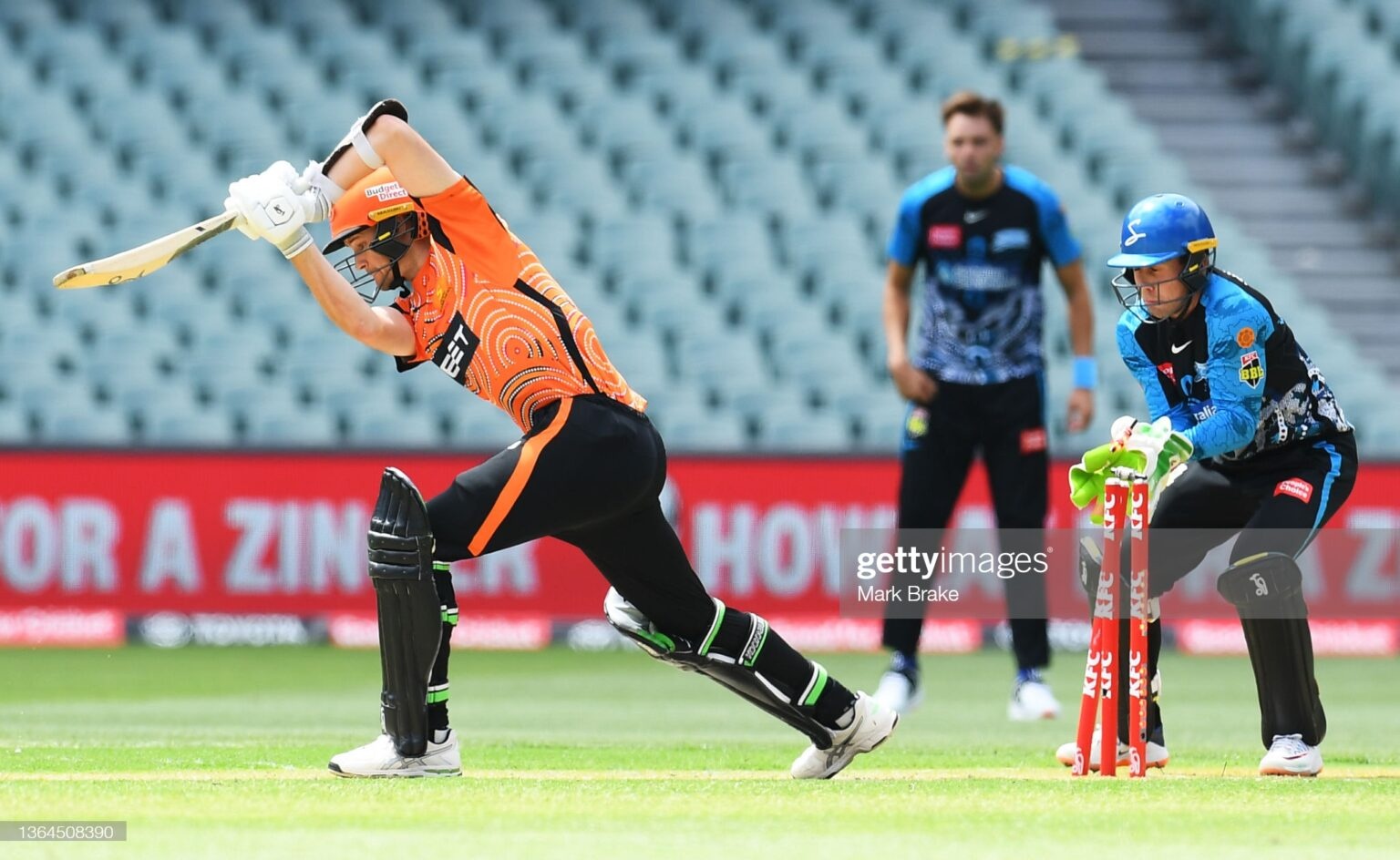 The Adelaide Strikers have stunned the Perth Scorchers to win their Big Bash matchup in Adelaide this morning, as the Scorchers collapsed.

The Adelaide Strikers have stunned the Perth Scorchers to win their Big Bash matchup in Adelaide this morning, as the Scorchers collapsed.

The Adelaide Strikers have beaten the Perth Scorchers convincingly, by six wickets in the morning match. The Scorchers may have been half-asleep when batting, but the Strikers were ready to play.

The Scorchers may have been forgiven for struggling with the early start, as they continue on their long road trip, knowing that a finals place is sewn up already.

The Strikers limited the Scorchers in the Powerplay, finishing 1/19 after four overs, but the Scorchers weren't at panic stations. Jokes abounded from the commentary team that the players were still asleep, given the 10.10 am local time start.

Kurtis Patterson appeared to be hitting his stride before being dismissed for 25, and after nine overs, the Scorchers were 2/64.

At that point, things changed, as Fawad Ahmed bowled the ninth over. It was an expensive over, costing 16 runs, but it was worth it for the dismissal of Ashton Turner right before the midpoint of the innings.

From that point, things took a turn for the worse and were four wickets down by the end of the eleventh over, and unable to take the Power Surge when planned.

After Chris Sabburg was run out in a mixup, the Scorchers were in trouble, and the tail collapsed.

The Scorchers lost wickets intermittently during the back half of the innings, finishing 9/127 in the end, in what was a disappointing score after a promising start.

Strikers captain Peter Siddle praised his bowlers after the match, "credit to all the bowling unit again - they got the job done".

The Strikers chased the total like they knew the run rate was hardly going to be above a run a ball. It felt like they didn't get out of first gear.

Matt Short and Henry Hunt started brightly, taking them to within touching distance of the Bash Boost point before Short was dismissed.

After falling just short of the Bash Boost point, the second half of the innings started in the worst way, with Hunt holing out to Andrew Tye.

The Strikers continued to cruise, chugging along at just more than a run a ball, as they cantered towards the total.

Jonathan Wells and Jake Weatherald both fell cheaply, as they were unable to find their timing.

Ian Cockbain and Thomas Kelley guided their team home, with a 23 run final partnership to get Adelaide the win in with three overs to spare.

This result is also beneficial for the Sydney Thunder, who remain a possibility to finish on top of the table. Peter Siddle, however, knows that there is more work to do for the Strikers to finish in the finals, describing their upcoming game.

"Another big game tomorrow against the Stars, against whom we're going to be contending with for one of those finals spots."