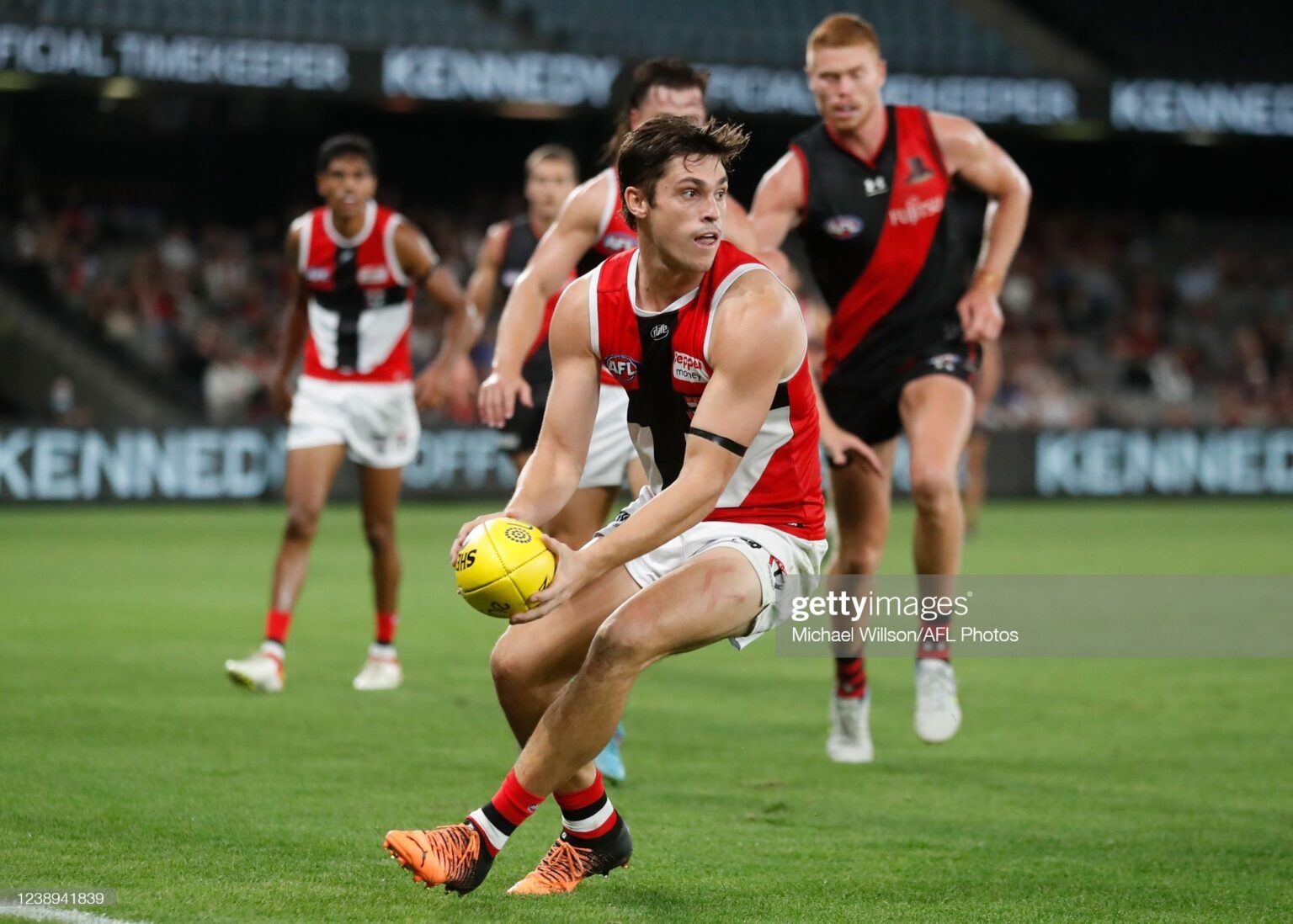 With a young forward line, can St Kilda beat what is the AFL's longest premiership drought? Find out with our St Kilda AFL Season Preview.

With a young forward line, can St Kilda beat what is the AFL's longest premiership drought? Find out with our St Kilda AFL Season Preview.

St Kilda narrowly missed out on the finals in 2021 after finishing sixth in 2020, St Kilda fans want to know if the team is going backwards. But with a new full time, captain, can St Kilda finally take the premiership cup and break the AFL’s longest drought.

Expectations were high heading into the 2021 season but unfortunately, the Saints could never get a long stretch of wins together.

There were high highs such as big wins again GWS (10 points) early, and then West Coast (20 points) and Hawthorn (69 points) but the bigger problem, was the huge losses. Losing to Essendon by 75 points, Richmond by 86 points the Western Bulldogs by a huge 111 points and Port Adelaide by 54 points.

On the positive side, Jack Steele was once again incredible and now at 26 years of age, he is entering his prime as a midfielder. Steele averaged 29 disposals through the season but perhaps more impressive averaged almost 8.5 tackles, putting on that midfield pressure will certainly be key in 2022.

Three youngsters in Max King, Cooper Sharman and Tom Highmore all emerged as key players for the side going forward. Sharman in particular came in through the mid rookie draft to dominate the year kicking 10 goals.

A forward line consisting of Cooper Sharman alongside Max King with Dan Butler doing the crumbing will certainly be exciting going forward.

How Can They Improve

Consistency will be key for the Saints in 2022. Having lost some huge games as well as winning some big ones the team will need to find more of a middle ground. Their average losing margin was 37 points so in reality there weren’t all that close to a finals birth.

While Jack Steele is a gun in the middle the talent just isn’t there around him, Dan Hannebery obviously is a talent but has consistently been off the park and is now closer to the end than the start. Seb Ross also has some solid skills but lacks the pace to really compete with the top-level midfields.

Patty Ryder largely holds the hopes for St Kilda’s finals chances, perhaps only Nic Naitanui is a better tap ruckman than Ryder. He’s another one that’s closer to the end than the start but if he can stay on the park and combine with Jack Steele the Saints may have a chance to move the ball towards an up and coming forward line.

It was a great start for the Saints defeating a fancied GWS in round one before a loss to the eventual premiers Melbourne by 18 points in the second week.

The Saints then went on to lose three of the next four matches with the only respite being a 20-point defeat of West Coast amongst losses to Essendon, Richmond, and Port Adelaide with the average margin of those defeats being 72 points.

There were some good wins such as beating the Suns by nine points, but realistically it was the Suns, St Kilda really should’ve won by 10 goals. That tight win though was then followed up by two losses against Geelong and the Bulldogs, the Saints only kicking five goals in each of those matches.

The biggest problem was just a lack of consistency with the side often winning one and then losing one, it was Brett Ratten’s first year as full-time coach of the side and it could very well be his last if things don’t go his way in 2022.

St Kilda’s forward line really stood up to kick some big scores in 2021 for instance 17 goals and only five behinds were scored in their final match against Fremantle. Five of their players in Max King, Jack Higgins, Jack Steele, Cooper Sharman, and Rowan Marshall were all above average goal kickers while Jack Billings was ranked elite with 14 from the midfield.

Max King is only 21 years old still, he has a lot of growth to go and with the speculation that the brother might join him from the Gold Coast coming to an end, he will now be able to focus on the big sticks. He does need to improve his goal accuracy through with was only 48.7 per cent well below average for his position.

Jack Steele of course deserves recognition for what was an incredible year in 2021, if he can continue to improve he might even be in for a Brownlow Medal. Steele was elite in disposals and tackles through the season as well as handballs, if he could kick more perhaps the Saints could go deeper into the forward 50 and then put on a forward press to trap the ball.

It’s becoming a theme, but consistency is the biggest weakness with the side unable to put two good performances in a row. However, a good offseason should end that, importantly the side looks to be 100% fit and on the park going into the start of the season.

One issue is the lack of ruck depth if Paddy Ryder was to go down. And yes, we know Rowan Marshall is there, but he is so key to the forward line being an above-average goal kicker for his position as well as being an elite marker. If Ryder were to go down injured as he has done in the past then the Saints could find it difficult through the midfield.

The side's other big weakness is indeed the midfield, only Jack Steele was an elite midfielder in their team with Seb Ross only being average despite the fact he is consistently talked about.

Perhaps one way to burst through the midfield packs is to have Brad Hill spend more time in the middle, and hopefully, with some extra pace he can hit up the forward line.

Averaging two goals a game in 2021 Cooper Sharman has the ability to grow into an AFL superstar if he is given the chance to play serious time up forward. He was selected in the mid-season rookie draft from Woodville-West Torrens in the SANFL and managed to fit straight into the St Kilda forward line.

Formerly being part of the GWS academy Sharman found himself kicking goals after arriving at the Saints Sydney hub. He possesses incredible foot skills kicking at goal at an average of 62.5 per cent. Being 193cm he and Max King will be dominant in the forward line in a few years’ time when they grow into their long gangly bodies.

Brett Ratten may be under pressure, but he proved at Carlton that he can take any team to the finals and should do so again at St Kilda.

With a good mix of youth in players like Sherman and King alongside more experienced players like Hannebery and Jarryn Geary, the Saints should be set for finals. Ratten though will need to find a way to secure a midfield that does look slightly light on.