Australia has lost the fourth ODI of this series by four runs and as a consequence have lost the series. David Warner's 99 and 16,000th international run were the only real Aussie highlights. 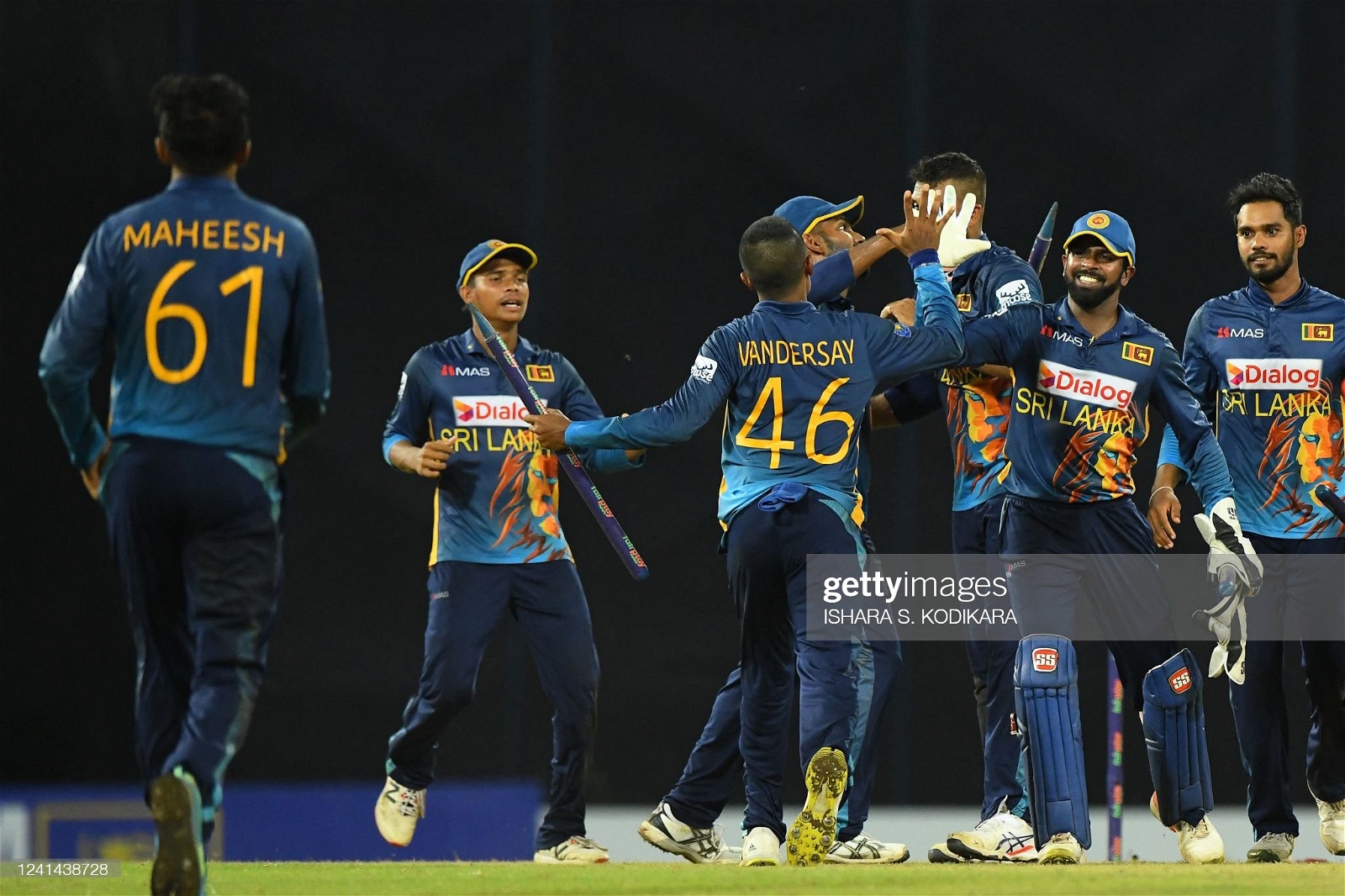 Australia have the lopst the fourth match of this

Australia set about this match with only one goal in mind: to level the series ahead of the fifth and final ODI to be played in a couple of days.

In order to achieve that goal, Aaron Finch won the toss and decided to change things up and bowl first on what looked like a good batting pitch.

Finch decided that Josh Hazlewood and Glenn Maxwell would open the bowling for the Aussies, and while Hazlewood would be more likely to take the first wicket, that wasn't to be. Maxwell slid a full ball through the legs of Dickwella to get a stumping after a little bit of a juggle from the keeper Carey.

The wickets continued to fall early, with Mitch Marsh getting Nissanka and then Mendis being bowled by Pat Cummins to get the Aussies in a strong spot at the end of the powerplay.

In the third ODI, Nissanka and Mendis stood up and got the Lions home. That wouldn't be possible this time around, so it would be up to someone else to post a match-winning score.

Unfortunately for Sri Lanka, someone else did step up, or to be more specific. Two more people stood up. Dhananjaya de Silva and Charith Asalanka found the boundary with ease during their partnership, as well as picking up those all-important ones and twos.

The pair put on 101 in the vital middle overs before a Glenn Maxwell one-handed screamer caught de Silva at cover. At 4/135, the match really could have gone either way, and that see-sawing continued until Dasun Shanka was out with the score on 150/5.

It was then clear Australia were on top and only needed one or two more wickets to effectively wrap up the innings. Then entered the very young Dunith Wellalage, who many have tipped to be Sri Lankan captain someday.

He pushed the ball around and, most importantly, didn't get out, allowing Asalanka to pass 50 and then up the run rate looking to move the score into a commanding spot. Wellalage had to go after a 57-run partnership as he tried to up the run rate, bad timing for the wicket, but his job was primarily done.

The tail then wagged slightly to get Sri Lanka to a good total of 258 after a couple of late brain fades by the tail. It's fair to say, though, that the innings belongs to Charith Asalanka for his maiden ODI century and, in total, 110 from 106 balls.

He also found the boundaries at the correct times, pushing the gaps and keeping the strike when in with the tail. It was almost a perfect innings given the situation in which Sri Lanka found itself after the first powerplay.

So Australia would need 259 from their 50 overs to equal the series and take the series to a decider.

The innings couldn't have started any worse for Australia will only three runs coming from the first three overs as well as the wicket of the skipper. Aaron Finch was once again trapped in front of the stumps from an inswinging ball, his inability to move his front leg is really starting to become an issue for Finch.

David Warner and Mitch Marsh took some time to rebuild the innings that fell like a stack of cards. They pushed the ball around while finding the rope a couple of times managing to get the score back above a run-a-ball.

Unfortunately just as the partnership was getting promising, Marsh tried to poke a ball outside off that grabbed an edge and flew away to the slip fielder who took a catch to his right.

The wickets continued when Marnus was trapped on the back pad right in front of the stumps for only 14. No surprise that Marnus reviews the dismissal but was still sent packing. That left the Australians needing 158 from the last 30 overs of the match.

Alex Carey came out and was like a cat on a hot tin roof running on the spot almost like he had ants in his pants. He reversed and edged his way to a run-a-ball 19 before sweeping a ball right out to the fielder on the mid-wicket rope.

Australia was left in a precarious position needing 109 from the last 20 overs. Run would never be the issue, what Australia needed was a big partnership to build.

Travis Head and David Warner did exactly that, although it could have been bigger. The pair took the score from 131 to 189 getting Australia in a position to only need five an over from the last 15. Head was good against the spin largely just rotating the strike, it was a very mature innings from someone who could be an option to be the next ODI skipper.

The wicket of Head brought on a collapse after Glenn Maxwell was brought down by one of the best LBW reviews of all time. To be honest the ball span so much there really wasn't anything Maxi could do.

Only a few balls after that Warner had to join his teammates in the sheds after playing past an off-spinner and getting stumped. The misery was clear on Warner's face, at that point he almost knew Australia was done!

Warner was in complete control throughout his entire innings but the wickets at the other end clearly played a role. The pressure mounted and became too much with him looking for three figures and knowing he would need to score the majority of the runs.

If Australia were to win it would all be up to the pair of Cameron Green and Pat Cummins. Both can certainly hold a bat, but could they do what was needed on a spinning track?

They could not. Green went back to the bowling of Jeffrey Vandersay but his soft hands were his undoing. The ball went back off the bat and hit the top of the stumps. 36 were going to be needed with 24 balls left in the innings.

Cummins was out after a couple of boundaries but he left too much to do with Hazlewood and Kuhnemann needing 19 from the last over. He got close hitting a few boundaries but it was just too much for the number 10 to get.

The final ODI will be played on Friday night Australian time.