Spotify Wrapped engages its users, and shows just how much they know about their audience. But is there a genius hidden in the fun slideshows? 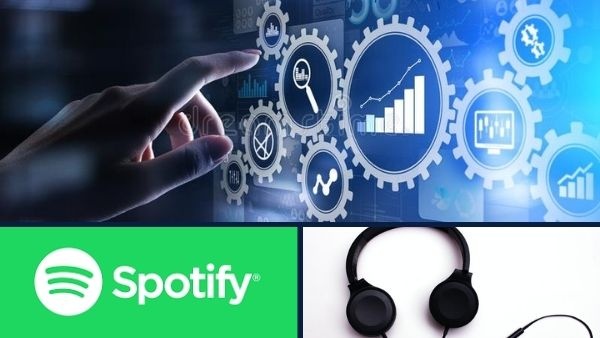 There’s a running joke in the online world that goes a bit like this;

Apple Music: Let me play a song for you.
Spotify: I’ve made 75 unique playlists based on your DNA, set to the beat you breathe in.

Of course, this joke, refers to Spotify’s unique yet astonishingly astute algorithm, creating personalised playlists based on a user’s listening history, a function that its streaming rival, Apple Music, lacks.

Founded in 2006, Spotify is the world’s largest music streaming service. It boasts over 381 million monthly users in over 180 countries.

The platform allows subscribers – both unpaid and paid,– access to over 70 million songs in which they can add to a customised playlist. This playlist can be viewed by friends and acquaintances, and can be easily shared on social media.

At the beginning of 2020, Spotify has 286 million active users. Apple Music, on the other hand, had merely 60 million.

Despite both platforms being relatively similar in pricing, subscription flexibility and music accessibility, it’s no secret, Spotify’s usership is increasing exponentially with each year.

Like many other online social platforms, Spotify uses an algorithmic recommendation system to allow users to discover more artists, songs, playlists, and genres of music, based on their listening history.

Released on December 1, Spotify Wrapped shows each user what their most streamed song and genre was, their total listening minutes (43,665 minutes for myself), their number one streamed artist (Jaden Smith), and how dedicated of fan they are (I was in Jaden Smith’s top 0.5% of listeners worldwide).

Presented in a similar fashion to Instagram stories, Spotify Wrapped encourages users to share their data on social media, subsequently increasing the visibility of Spotify.

Swifties, like myself, spent much of 2021 waiting patiently for Taylor Swift’s fourth album Red to be re-released as ‘Taylor’s version’ on October 22.

However, after many hours listening (and sobbing) to the albums hit ballad, All Too Well, I was surprised – and disappointed – to see the hit had not made it into the top 5 tracks I had listened to in 2021.

Why? Because Spotify only tracks users’ streaming habits from January 1 to October 31. *gasp*

The reason November and December are omitted from the annual campaign is unclear, however, users speculate that it could be to do with one’s listening habits in festive season. *cough Mariah Carey*

In the first week of December in 2020, following the release of Spotify Wrapped, Spotify’s mobile app downloads increased by a whopping 21%. By viewing friends’, family members’ and colleagues’ Spotify Wrapped – which is only accessible via the Spotify app – it is evident that this festive campaign created a sense of FOMO (fear of missing out).

Elon Musk, founder of Tesla once tweeted, ‘Who controls the memes, controls the universe.’ With Spotify Wrapped becoming the annual December meme, it’s no surprise that music streamers feel inclined to renew their Spotify subscription in time for the new year.