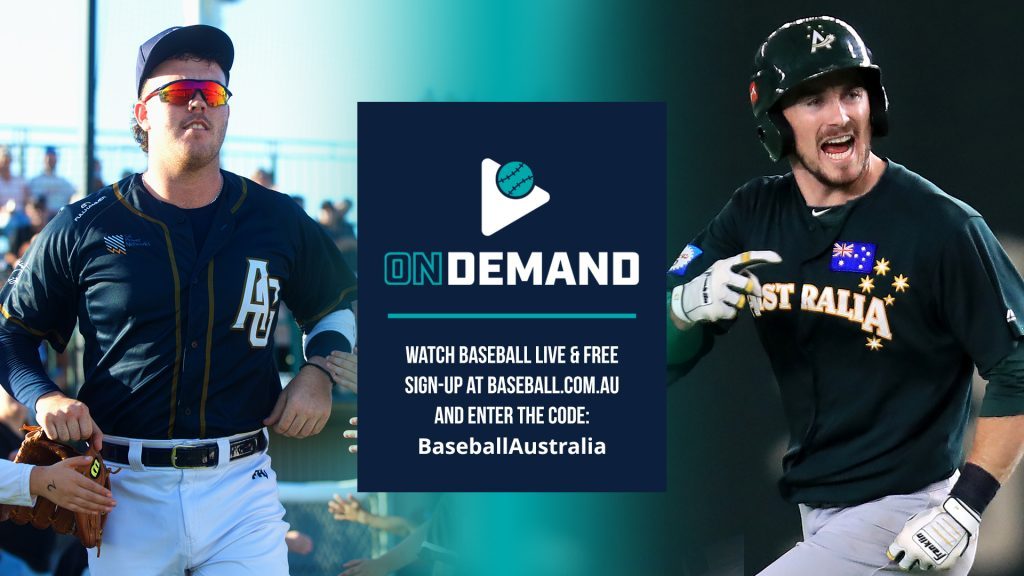 Australian baseball is growing every year and now is time for the real test wit hit moving to its own streaming service powered by Sportsradar.

Australian baseball is growing every year and now is time for the real test wit hit moving to its own streaming service powered by Sportsradar.

Sportsradar is a leading sports technology company set to create immersive experiences for fans and they are now using that to partner with Baseball Australia (BA) to bring the Australian Baseball League (ABL) to a new dedicated live streaming platform for the first time.

As well as bringing the sport to streaming, Sportsradar are taking a more holistic approach to Baseball Australia also becoming the ABL's exclusive betting data and audiovisual rights partner.

Integrity is the other place where Sportsradar and Baseball Australia are partnering to implement industry-leading Universal Fraud Detection Systems into the sport to try and protect the sport.

The new live streaming service called OnDemand will play a massive part in bringing baseball fans to baseball at home through a new way of broadcasting the sport.

In the past, the ABL had been shown largely on Kayo and via YouTube which certainly had the advantage of bringing new people to the sport by just scrolling through what live sport was on.

On the downside, the Kayo partnership did not bring the in-depth data and analysis that is seen in American baseball broadcasts that Sportsradar is hoping to bring to Australian baseball.

“We’re pleased to partner with Baseball Australia and the ABL to help them reach and engage new audiences both here in Australia and around the world," Edwards said.

"By taking an intelligent, technology-driven partnership approach to content distribution, rights holders can directly control how their assets are commercialised, while learning more about their fans in the process. We look forward to assisting BA and the ABL as they pursue their ambitious growth strategy.”

Australian baseball fans will now have a one-stop shop for all their baseball needs in an attempt to create a community of fans who can watch and engage with each other while taking in one of the fastest-growing sports in Australia.

ABL General Manager, Paul Gonzalez, mentioned that the service will help to grow the sport in Austraia.

“We are excited to partner with Sportradar to bring the ABL into the homes of sport and baseball fans across the world. This is a revolutionary deal with the Australian Baseball League that will not only provide a high-quality stream but also integrity and opportunity to the league," Gonzalez said.

"We are proud to partner with such a global brand that works with other elite sports bringing the focus back to the Australian Baseball League and its athletes.”

The first games to be broadcast on the Baseball Australia-owned OTT platform will be Round One of the ABL season, commencing on November 10. However, baseball fans can sign up now to watch the national team take on Japan in a two-game series in the coming days.

The service will initially launch as a Web platform, with a dedicated app to be built by Sportradar for the start of the 2023/24 season.