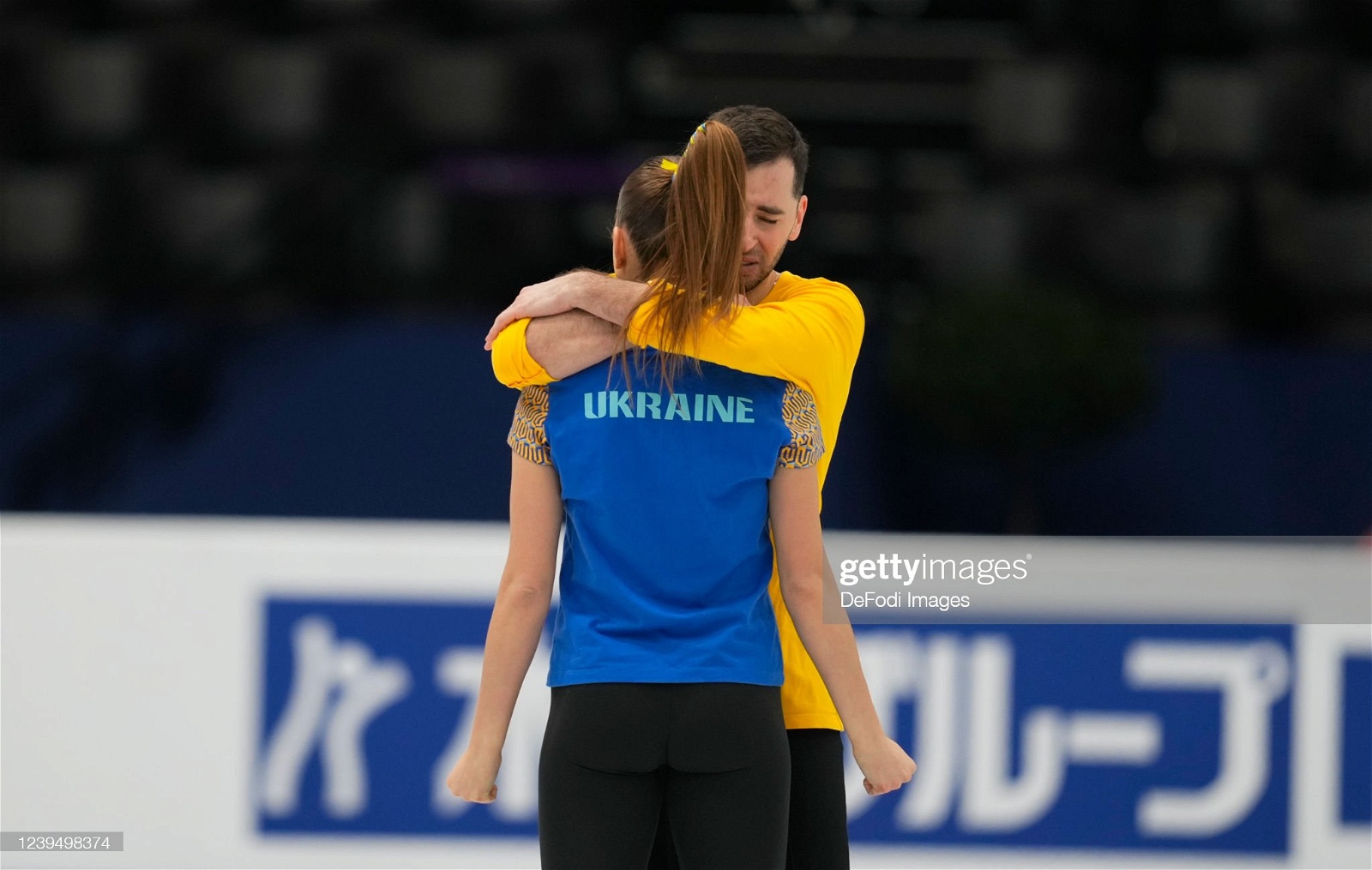 On Friday night while Australia celebrated an athlete's accomplishment there was a quiet and elegant performance by the Ukrainian ice dance that silenced fans or left them in tears.

On Friday night while Australia celebrated an athlete's accomplishment there was a quiet and elegant performance by the Ukrainian ice dance that silenced fans or left them in tears.

On Friday night, while Australia celebrated the incredible moment of Lance Franklin's 1000th goal, Ukrainian ice dance team of Oleksandra Nazarova and Maxim Nikitindelivered a quiet and elegant performancethat left fans of a small but passionate sport silent or in tears.

The world has become familiar with the devastation that has rocked Ukraine since the Russian invasion. But at the World Figure Skating Championships in Montpellier France, Nazarova/Nikitin made a statement that was unforgettable for all that saw it.

There have been few Ukrainian athletes competing internationally across all sports over the past month, and those that have, have shown incredible bravery by competing regardless of their results.

Five Ukrainian athletes across three disciplines appeared at the World Championships, Nazarova/Nikitin in ice dance, Sofiia Holichenko/Artem Darenskyi in pairs and Ivan Shmuratko in the men's singles. All five athletes had little preparation for the competition, but arrived in Montpellier determined to make a statement just by competing.

Competing in their country's uniform from the Olympics last month Nazarova/Nikitin stepped onto the ice to perform a new rhythm dance: a mix of1944by Jamala, a song Eurovision fans will be familiar with after it won the 2016 Eurovision Song Contest, about the persecution of Crimean Tartars, andOi u luzi chervona kalyna (Oh, the Red Viburnum in the Meadow ), a Ukrainian patriotic march.

In a silent arena, the pair could not have given a more sincere performance, letting genuine emotion show to the French crowd. Following the rhythm dance Nazarova made it clear their intention wasn't about the competition but getting a chance to speak.

"For us it's not just competition, it's a chance to say what is happening in Ukraine and hope it will help people there."

Finishing in 16th in the rhythm dance with a score of 67.70 the Ukrainian ice dancers chose to withdraw from the competition, standing alongside their teammate Ivan Shmuratko during his programs and joining him in the kiss and cry following his skate.

In the pairs, Holichenko and Darenskyi finished in 13th following the short program, travelling six days to arrive in France. They made the deliberate decision to withdraw from the free skate having not trained for more than a handful of days since their Olympic debut in early February.

Despite the limited training and preparation time the pair decided to change their music toZhiva (Alive)with Darenskyi stating to ISU media they wished to inspire Ukrainians.

"We changed the music, we wanted to use Ukrainian music to inspire our people," Darenskyu said.

Shmuratko sat in 22nd following the short program and was the lone Ukrainian to make the decision to continue on and compete in the free skate.

Much like his teammates, the 20-year-old had little to no preparation, making it clear that preparing for a figure skating competition isn't realistic in his circumstances.

"I'm proud to be Ukrainian, to represent my country. There is no such thing as preparing for the World Championships when you have a war in your country."

It's rare to see any sport so united around a group of athletes, but at the year's World Championships the message has been clear that the figure skating world stands behind Ukraine's athletes in the face of the incredible hardships they face due to Russia's invasion.