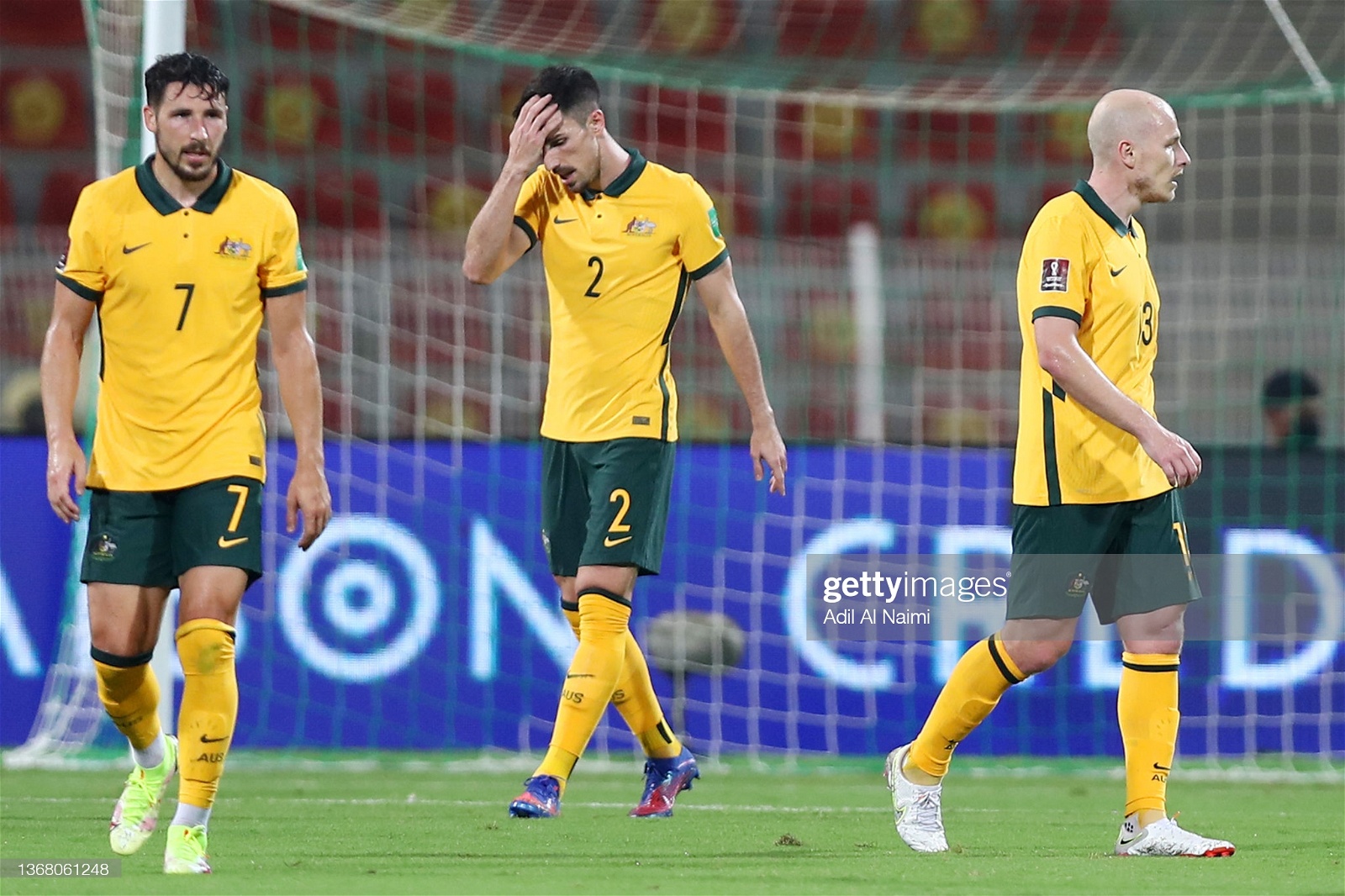 The Socceroos' World Cup hopes were dealt a massive blow on Wednesday morning, leading twice but finishing up with a 2-2 draw against Oman.

The Socceroos' World Cup hopes were dealt a massive blow on Wednesday morning, leading twice but finishing up with a 2-2 draw against Oman.

The Socceroos' dreams of automatically qualifying for the FIFA World Cup Qatar 2022 were dashed on Wednesday morning (AEDT) after they were halted to a 2-2 draw by Oman in Muscat.

The result moves the Socceroos three points behind Japan and four points below Group B table-toppers Saudi Arabia, with the top two teams securing guaranteed entry to the World Cup in Qatar later this year.

After 15 minutes, Australia took the lead when Jamie Maclaren converted a penalty after Martin Boyle was knocked down inside the area by Oman goalkeeper, Faiz Al-Rushaidi.

Mat Leckie and Tom Rogic both had late chances to increase Australia's advantage before the first half ended, but neither was successful.

Oman came out strong in the second half, shocking the Australians with a spectacular equaliser inside the 54th minute from Abdullah Fawaz, who scored with an absolute beauty, looping into the top left corner.

Aaron Mooy once again restored Australia's advantage as the central defensive midfielder struck sweetly on an edge-of-the-box belter into the bottom left corner. It was Mooy's first goal for the Socceroos in almost two and a half years.

Oman was awarded a penalty when when Fran Karacic fouled Muhsen Al-Ghassani inside the box and when Abdullah Fawaz converted in the 89th minute, it sealed Australia's fate in being denied all three points.

The Socceroos paid a heavy price in Oman for a poor second-half performance after dominating the first 45 minutes.

Coach Graham Arnold labelled it a "disappointing result", especially after the side dominated possession in the first half and led twice throughout the game.

Australia now faces a must-win match against a hot Japanese side on March 24 in Sydney to avoid qualifying for Qatar 2022 via the playoffs.

Japan is no easy opponent for Australia, the two teams last meeting coming in the third round of World Cup Qualifiers, the result going the way of Japan, 2-1.

If Graham Arnold's squad succeeds, they must next grab a result in Saudi Arabia and hope Japan fails to grab points.