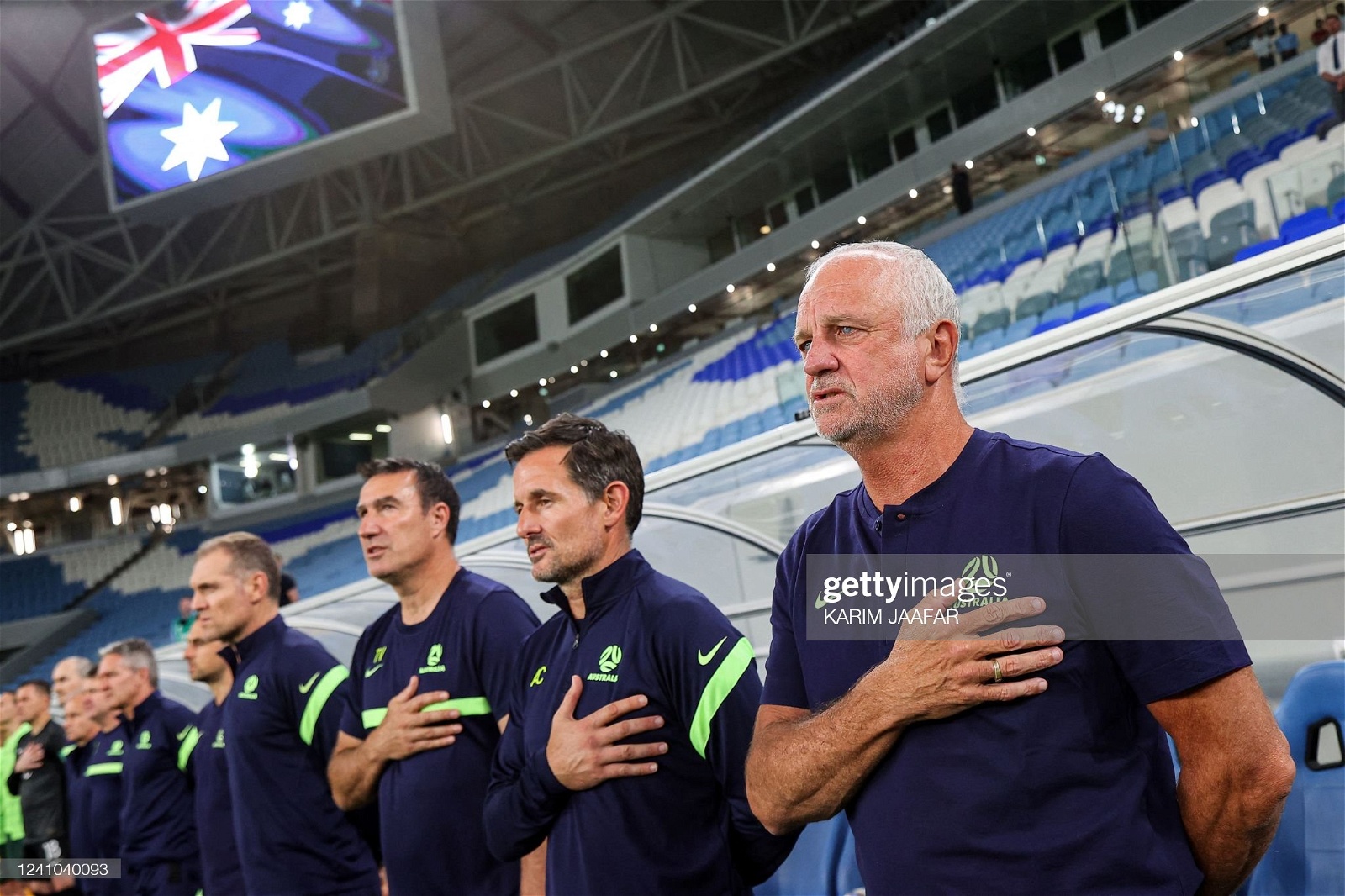 s a good night for Australian football last night with victories for both the Socceroos and the Olyroos in Qatar and Uzbekistan respectively.

s a good night for Australian football last night with victories for both the Socceroos and the Olyroos in Qatar and Uzbekistan respectively.

It was a good night for Australian football last night with victories for both the Socceroos and the Olyroos in Qatar and Uzbekistan respectively.

For the Socceroos, it was a case of kicking off their preparation for their World Cup play-in fixture as they recorded a 2-1 win over Jordan in Doha. For the Olyroos, it was a successful start to their u23 Asian Cup campaign. The youngsters recorded a 2-0 win over Kuwait in Qarshi in their first group stage fixture.

SOCCEROOS COME FROM BEHIND TO DEFEAT JORDAN

We’ll start with the senior side, who made hard work of their match against Jordan.The Chivalroustook a shock lead early on when Mousa Al-Tamari let rip with a beautiful left-footed strike from outside the box. It evaded Socceroos ‘keeper Mat Ryan and nestle in the back of the Aussie goal. It looked like the Jordanians would head into the break with a 1-0 lead.

That was until the referee awarded Graham Arnold’s men a free kick in an attacking area, at the 40-minute mark. Adelaide United star Craig Goodwin stepped up and sent in an in-swinging ball that Bailey Wright could not miss. The Sunderland centre-back made no mistake as he rifled the header into the back of the net.

The comeback was complete when Awer Mabil put the ball in the back of the net. Mabil, who loves playing in Qatar put the ball home with an awkward finish after the Jordan defence failed to adequately clear from a Socceroos corner kick.

That is how the game finished, the Socceroos recording a somewhat fortuitous 2-1 victory over their less fancied opponents. There was plenty to dislike about the performance, and it doesn’t really inspire confidence heading into Australia’s do-or-die fixture against the UAE. They got the win, which is all that matters.

National team coach Graham Arnold focussed on this when he gave his post-match thoughts:

“We probably couldn’t have had a better game to play. Jordan are a good side. They have changed enormously since they got a new coach. They put us under pressure, and that is the perfect game you want.”

The Socceroos are back in action in six days’ time against the UAE in Qatar at another of the nation’s newly-built World Cup stadiums.

OLYROOS ROMP TO TOP OF GROUP WITH VICTORY OVER KUWAIT

Trevor Morgan’s U-23 side was much more convincing in victory in their opening Asian Cup fixture against Kuwait.

The Olyroos looked ominous and were unlucky not to take the lead just a couple of minutes into the match. Both Ramy Najjarine and Cameron Peupion hit the woodwork within seconds of each other.

Najjarine and Peupion combined again with some beautiful play to set up Alou Kuol, but the 20-year-old just couldn’t finish. Louis D’Arrigo made no mistake when the ball rebounded to him following that chance, sweeping home from outside the box. Australia had the lead they deserved.

It took less than ten minutes of play in the second half for the Olyroos to get the crucial second goal. Adelaide United winger Lachlan Brook played in right-back Lewis Miller with a beautiful pass. Miller took full advantage and pulled the ball back to Jay Rich-Baghuelou. The centre back, who had strayed forward, made no mistake and doubled the Olyroos’ lead to 2-0.

There would be a scare toward the end of the match, however. Centre back Hosine Bility miscued a clearance and hit his own post, as the Kuwaitis looked to counterattack. Thankfully, it was merely a near miss, and the Aussie U-23s picked up the three points their performance deserved.

Trevor Morgan was delighted with the 2-0 victory. “Overall, I’m very happy. What is important is how we keep improving. Of course, the confidence from the result gives you a platform, but we need to know specifically what we have to do better to win these next two matches.”

Iran and Jordan u-23s drew 1-1 in the group’s other match. The Olyroos now sit atop Group B. Morgan’s men are next in action against Iraq U23 in Qarshi on Saturday at 11 pm Australian time.