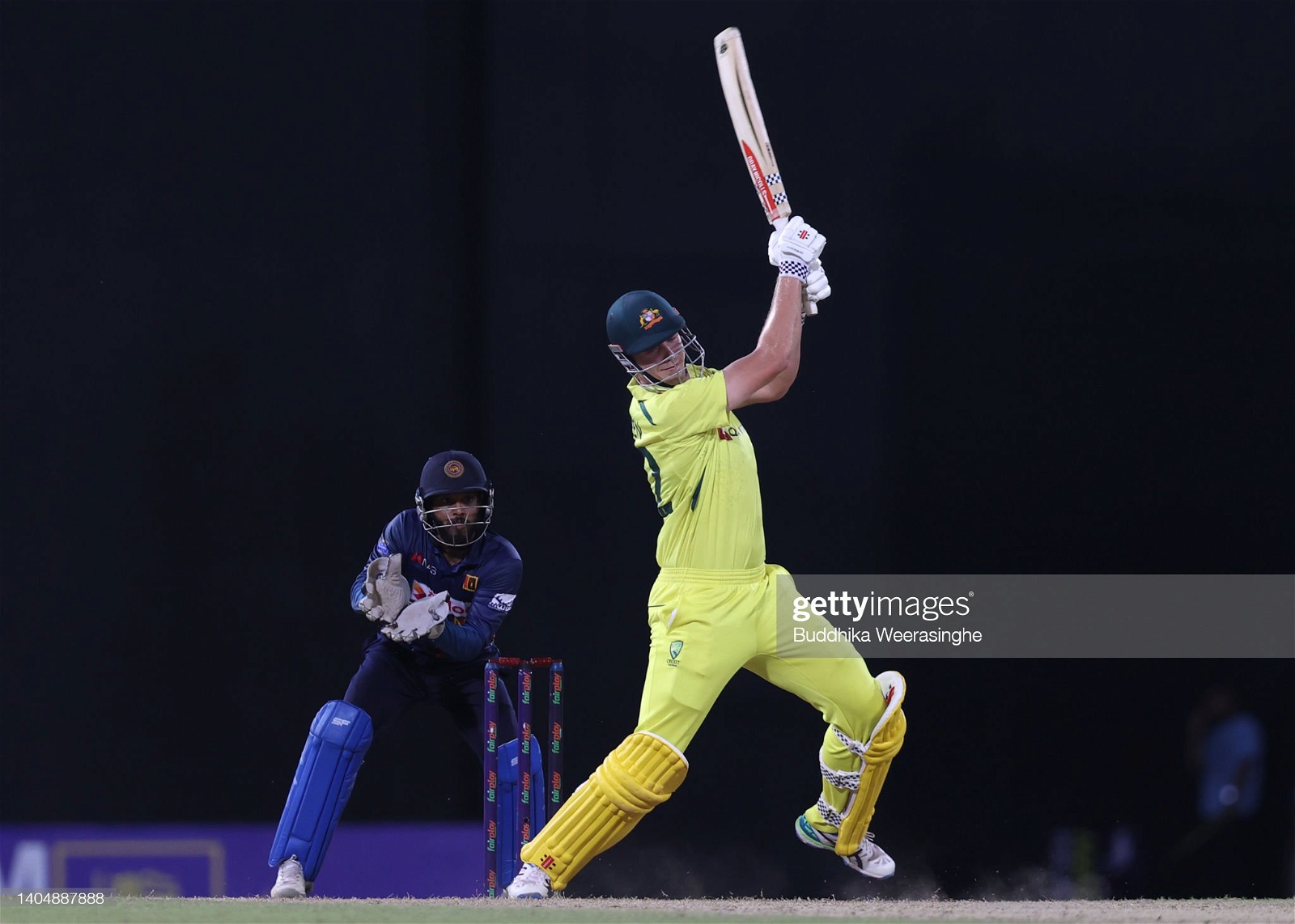 Australia has chased down a low total of only 160 against Sri Lanka in the final ODI of the series to get the series back to 2-3 with Sri Lanka taking home the trophy.

Australia has chased down a low total of only 160 against Sri Lanka in the final ODI of the series to get the series back to 2-3 with Sri Lanka taking home the trophy.

The match began with Aaron Finch losing a toss, so the Aussies would have to bowl first in this series' final match.

Before play began Josh Inglis was handed his ODI cap to make his debut. The WA keeper-batter came into the side after the injury to Travis Head which could yet rule him out of the Test series. Inglis is on the way up and it seems like only a matter of time before he is handed that baggy green as well.

Sri Lanka must have had a big night celebrating after their last win because their batting was reminiscent of some Sunday socials matches after one too many.

Josh Hazlewood (2/22) struck twice within his first few overs before Pat Cummins (2/22) got in on the action to have Dinesh Chandimal out for only six. Sri Lanka was in plenty of trouble at 3/34 after only nine overs.

A small partnership was put together before a great run out by Maxwell (1/38) who combined with Matthew Kuhnemann (2/26) removed Chratith Asalaanka for only 14. Australia was now well on top having removed both of the century scorers for Sri Lanka from this series.

The very next ball Maxwell had Kusal Mendis (26) out hit-wicket when he went back and stood on his stumps. Maxwell joined Shane Warne to become the only Aussie men to have hit wicket dismissals in ODI cricket.

The collapse from Sri Lanka continued with Kuhnemann getting in on the action. Firstly bowling the Sri Lankan captain and then getting the young Dunith Wellalage caught for only four. That was before yet another runout when Marnus threw down the stumps with perfection only having one stump to aim at.

At 8/85 after 24 overs, Sri Lanka finally managed a little bit of a fight back. Chamika Karunaratne (75) was incredible blasting the ball to all parts picking up eight fours and a couple of sixes on his way to a half-century.

Chamika never really took any single bowler down instead opting for a more cautious approach and just picking the right balls at the right time. It did work well though with him getting his side to 160 when he finally lost his wicket.

160 may seem like a small score for an ODI but with a pitch spinning this much against an understrength Aussie batting line up anything would be possible.

David Warner (10) got off to a fast start hitting a couple of boundaries but that was where the fast scoring stopped for Australia. In the second over Aaron Finch (0) was out trying to sweep and then the very next over David Warner also had to go with mid-off taking an incredible catch.

Josh Inglis managed a boundary before he had to go for only five on debut. Marnus Labushcnge (31) and Mitchell Marsh (24) would be tasked with the rebuild and rebuild they did.

The run-scoring was slow but then when you only need three an over the runs were never really going to be an issue. Only five boundaries were brought up between them, an incredibly low amount for two relatively aggressive batters.

Marsh was the first to go though, with him finding Nissanka at deep cover to give Sri Lanka's Pramod Madushan (1/13) his first wicket in ODI cricket. 50/4 was the score when Alex Carey (45) came to the crease who has saved plenty of Aussie innings in the past.

Carey continued his sweeping that we have seen so much in this series, it may be funny to watch at times but it is effective. Marnus tried one too many shots when he was found to be LBW on 31. At that point, Australia still needed 60 runs with only five wickets in hand.

Could Glenn Maxwell (16) come in and save the day once again? Well yes and no, he found the boundary twice to put on some pressure but he was out soon after to a ball that turned an absolute mile. If this pitch is anything like what Australia will face in the Test matches we might as well call the series off now.

With only 40 needed now and Cameron Green (25) coming to the crease it looked like Australia would win and that was the case. Green managed to annoy the bowlers to the point where he was gifted four overthrows as well as pulling a good length ball straight past long on for four.

In the end, it was a good win for Australia, who would've thought that a score of 160 would be so difficult to chase. It doesn't really matter though as Sri Lanka wins the series 3-2 and take the momentum into the Test series.

Most runs in the series:

Most wickets in the series:

The Tests will begin in a few days' time, hopefully, after a few more of the injured Australians become fit again. And of course, Glenn Maxwell was called into the squad only yesterday so that will be a little bit of fun to watch.