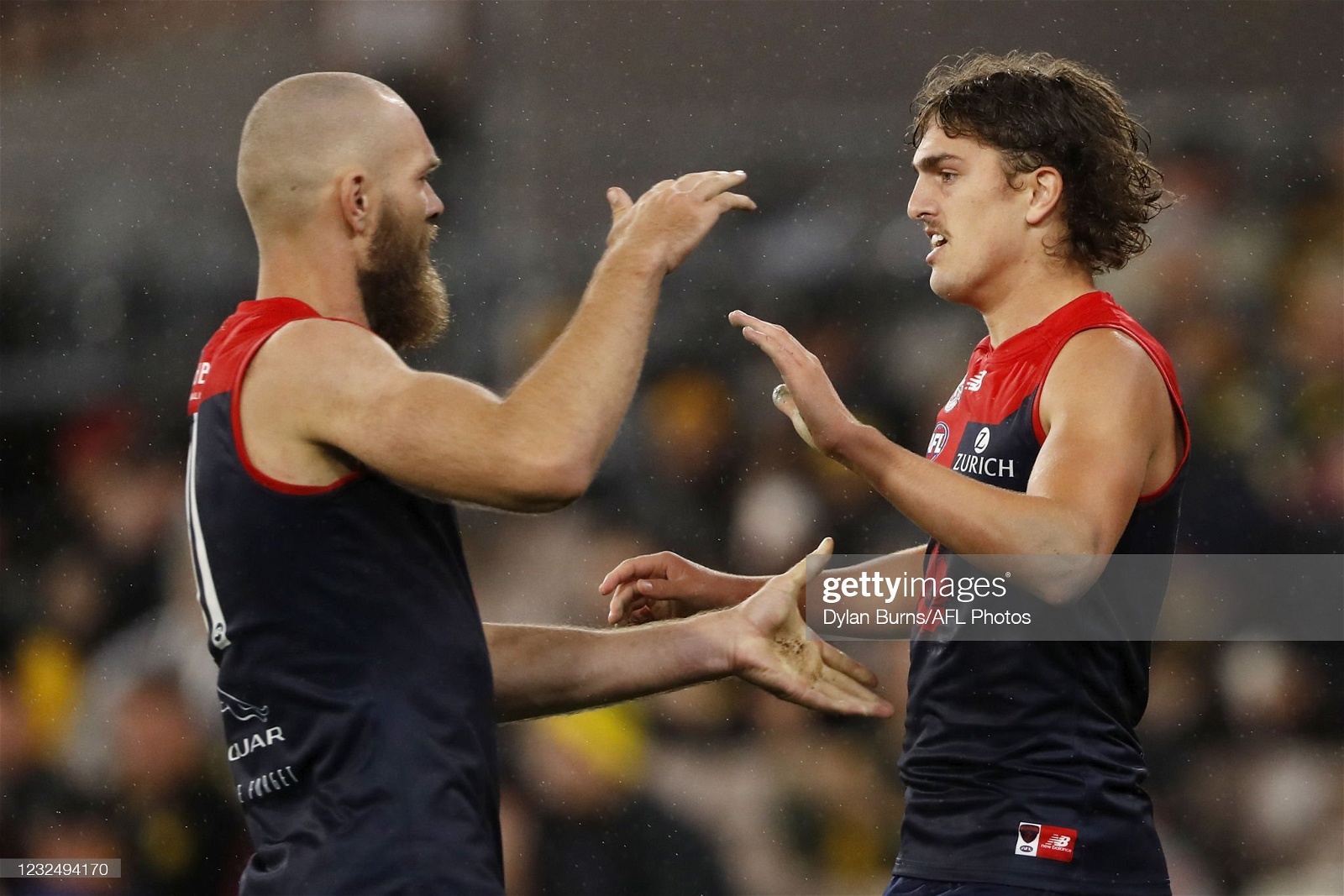 Can the Demons win with Gawn and Jackson returning?

Simon Goodwin has confirmed Max Gawn and Luke Jackson will return this week with the Demons set to travel to Geelong to take on the Cats in a 1v2 thriller.

Can the Demons win with Gawn and Jackson returning?

Simon Goodwin has confirmed Max Gawn and Luke Jackson will return this week with the Demons set to travel to Geelong to take on the Cats in a 1v2 thriller.

Simon Goodwin spoke to the media today, where he confirmed ruck duo Max Gawn and Luke Jackson would be coming back into the side to verse the Cats this Thursday night at GMHBA Stadium.

"Both guys were really touch and go to get up from last week. You know Max had an incredibly strong session on Saturday in Adelaide, and Jacko's very similar back in Melbourne," he said.

"They're a big part of our footy team, and to get them both back at once is really exciting."

Goodwin said both Gawn and Jackson are 100% fit to play and that their ruck contests will be a key focus to the Demons' performance.

"We certainly missed them last week in terms of our ability to execute that phase of the game, so to get those aerial presence back into our footy team will be great," Goodwin said.

The Demons have won their past three matches against the Cats in a thrilling 1v2 clash (Melbourne's favour) this Thursday night.

"It's exciting, it feels like finals, our players are looking forward to it, and there's a lot of excitement around the group, a lot of energy this week, so we can't wait for the challenge ahead," Goodwin stated.

"It's no bigger challenge to head down to Geelong to play at their home ground, and we're looking forward to it."

The matchups are to look incredible with Melbourne's defenders Steven May and Jake Lever, to go ahead Geelong's forwards Jeremy Cameron and Tom Hawkins.

"It's exciting, as a pure footy fan, if you're going to the game and you look across the ground, and you see some of the battles that are gonna take place in a 1v2 clash," Goodwin expressed.

"You move up into the midfield, and you've got (Christian) Petracca and (Clayton) Oliver versus (Joel) Selwood and (Patrick) Dangerfield, it's just all over the ground there are great duels, and that's what you get in these big types of clashes.

"It's exciting for the footy purists, and I'm one of those, and we're looking forward to it."

The match is set to be one of the best of the year, with the result in last year's home, and away season coming from a Melbourne goal after the siren winning them the game.