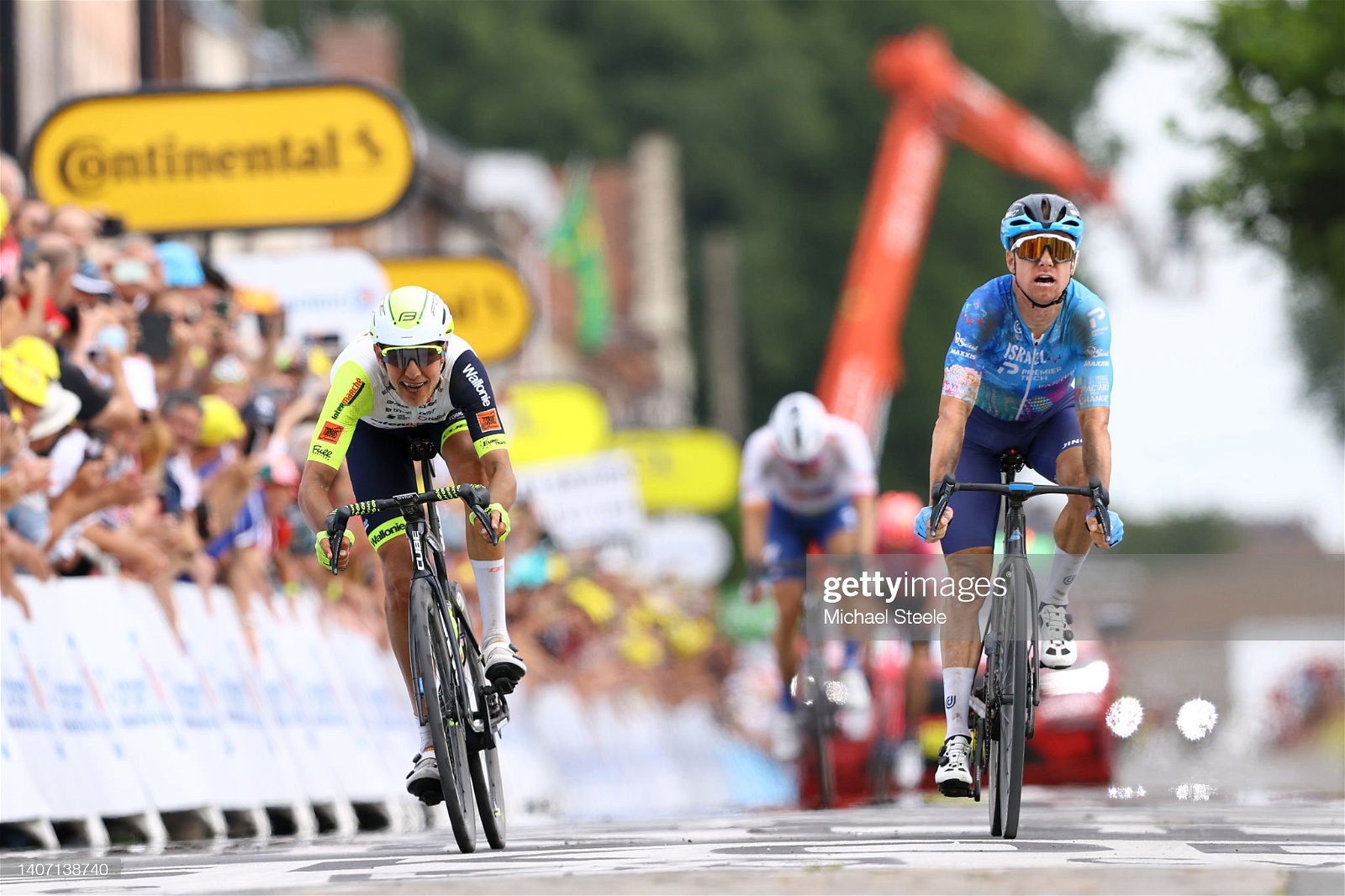 Stage Five of the Tour de France was Simon Clarke's day on the cobbles, but not everyone will be as happy as he was about how the day played out.

Stage Five of the Tour de France was Simon Clarke's day on the cobbles, but not everyone will be as happy as he was about how the day played out.

While Clarke, the Australian racing for Israel Premier-Tech at the Tour de France had a day to remember, the rest of the Australians in the Tour had a dark day, and were among some of the biggest losers on the day.

The stage from Lille to Arenberg featured 19km of cobbles, around Roubaix, where the famous Paris-Roubaix race takes place every year. While the most difficult cobbled sectors weren’t included in the Tour, there was more than enough to do damage to the status quo of the race.

Clarke was part of an early breakaway, along with five other riders, who set up the stage. The breakaway had a maximum lead of just over four minutes entering the final 80km, where all of the cobbled sections were. In the lead up to the cobbles, the race was busy, but not frantic, and there were no significant crashes in the first half of the stage.

The cobbles have a reputation for doing damage to a peloton, splitting it up, with riders falling, losing time, and general chaos, and with the dustbowl that was there around Arenberg, Stage Five looked no different.

The only rider to have fallen was Wout Van Aert, the incumbent yellow jersey, who crashed into the back of the teammate. On his way back to the peloton, he came within inches of crashing into one of the team cars in the convoy, but miraculously held himself upright.

It was a warning of the chaos that was coming for Team Jumbo-Visma, Van Aert’s team, and also the team of Primoz Roglic and Jonas Vingegaard, two of the biggest threats for the overall victory.

Just after the second cobbled sector (of the 11), Australian Ben O’Connor suffered a mechanical incident. The Australian finishing fourth last year, and had high hopes of repeating that feat, but lost time in the Stage 1 time trial. This mechanical, and the ensuing bike swap would put him behind the pack again.

O’Connor’s untimely mechanical came just as the race was heating up, and he struggled to get back in contention.

Heading into the final six sectors of cobbles, with just under 40km to go, chaos struck. Vingegaard, last year’s runner up and one of Jumbo-Visma’s big hopes suffered a puncture. A teammate swapped bikes with him, but the bike was way too big.

Another swap was forced, and the team drew back almost all their resources, leaving just Van Aert and Primoz Roglic to fend for themselves as they rallied around the young Dane, trying to get him back in the race.

It was madness out on the road, as riders were strewn out over kilometres, and then disaster struck. A hay bale that was protecting the edge of a roundabout floated into the road, and caused a mass crash. Australian Jack Haig, one of the other great hopes for the overall crashed, along with Caleb Ewan and Roglic.

Haig wouldn’t get back on his bike, as he was injured so badly, while Roglic had a dislocated shoulder. Roglic stood on the side of the road, relocated his shoulder and set about chasing back into the race, now finding himself a minute behind Vingegaard and all his teammates, and two minutes behind his main rival, Tadej Pogacar.

The cobbles aren’t usually the place for overall winners to make a move, but Tadej Pogacar is not a normal rider, as he took to the front and accelerated away from the peloton, trying to catch Clarke’s breakaway, and stamp his authority on the race.

Pogacar wasn’t able to catch the breakaway, but his attack split the race, forcing Wout Van Aert to sit up and wait for a teammate, to try and bring Vingegaard back into contention.

As the final kilometres approached, Clarke’s breakaway was down to four, as Pogacar chased behind, and further afield, the rest of the favourites were in disarray.

In the final sprint, Clarke showed his years of experience, and waited patiently, the last of the four riders to launch his sprint. He timed it perfectly, hitting the front in the final metre, with a bike throw to beat Taco van der Hoorn.

It was his first win, and his first win for this team, after almost being forced into retirement without a team at the end of last season.

Pogacar came in less than a minute behind, and then many of the other favourites conceded 13 seconds to Pogacar, with Van Aert salvaging his yellow jersey somehow.

O’Connor’s hopes of a high finish are also in disarray, losing almost four minutes to the race leaders so far, while Jack Haig’s race is over, as he didn’t finish the stage.