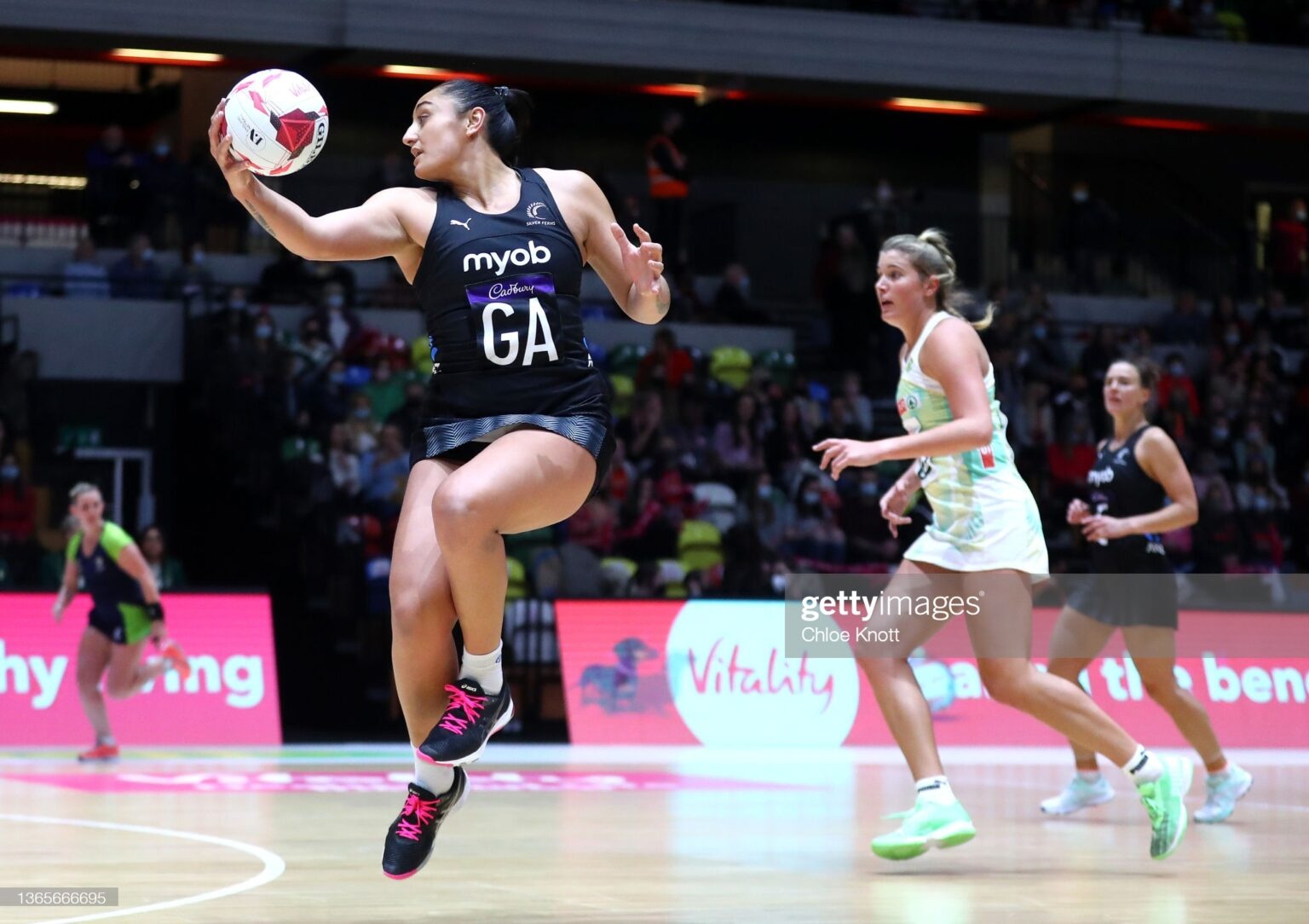 Silver Ferns hold off the Proteas for the third-place title

Third place was on the line, and a battle was on. The Proteas were looking for their first win of the Quad Series against the Silver Ferns.

Silver Ferns hold off the Proteas for the third-place title

Third place was on the line, and a battle was on. The Proteas were looking for their first win of the Quad Series against the Silver Ferns.

The South Africa Proteas are looking for their first win after their 54 - 43 loss to the New Zealand Silver Ferns. The winner of today’s game will hold the Quad Series third-place title, something never achieved by the Proteas.

Since the Quad Series’ creation in 2016, South Africa has consistently come fourth, never managing to outrank the three other teams. For the past three series (2018 & 2019) New Zealand have come third, last holding the first place title in 2017.

After winning the fourth quarter in yesterday’s match, the Proteas will have a boost in their confidence. Prior to the match, the team had lost every quarter of the 2022 Quad Series. Even winning just one quarter is big for the Proteas, considering the final score deficits they have experienced throughout the series.

On paper, the Proteas have some stand out statistics. Ine-Mari Venter has racked up 99 points, 33 more than Australia’s Gretel Bueta who holds second place. Bongiwie Msomi and Izette Griesel are the top two players for both goal assists and feeds. Unfortunately, these efforts haven’t led to much success against the other teams.

“That margin – not disrespecting South Africa, I don’t want it to be that way –  but we should’ve been better.

“We had enough ball at times, especially from the turnover in our defence, to be able to get it from one end of the court down to sink.

"These are the times when I don’t think we’re executing our basic skill set, so we need to be better and I know individuals know that coming out of this game, we should be.”

New Zealand started off with the centre pass, but the Proteas forced a turnover and quickly put the first points on the board. Once again, Venter was taking care of the scoreboard, continuing to score a large portion of the team’s points.

After eight minutes New Zealand was in the lead for the first time, 6 - 5. This was equalized by Venter. The Fern’s Kersten made some successful intercepts, allowing for the goal circle to increase the margin by two points.

Maia Wilson and Venter’s shooting statistics were both sitting at 100 per cent midway through the second quarter, with every point vital in this close game. At this point of the game, the Proteas would typically be a few points down but were still close behind the Ferns. At halftime, they were only three points down, the closest they've been in the series.

South Africa came out aggressive in the third quarter, maintaining its momentum, continuing to keep the score close. The crowd were getting behind the Proteas, celebrating each time Venter got her hands on the ball. Soon, they were three points ahead, will the Ferns’ coaching team looking pensive on the sideline.

Right on the buzzer, Venter put in one last shot to put the Proteas in the lead heading into the final quarter. The shot was her 29th of the game, still sitting at 100 per cent. If the Proteas could keep this up, a history-making win was looking likely. In 2019 the teams went into extra time for the third-place title, a possibility in this tight game.

One player putting it all on the line was the Ferns’ Claire Kersten, hitting the deck multiple times throughout the game. Collisions with the Proteas’ Msomi and other attacking players left her slightly battered, but she continued on to play out the full 60 minutes.

If they could get the ball to Venter, there’s no doubt she could score, still sitting at 100 per cent with 33 shots. Rademan was also having a good game, taking care of the longer shots for the team. It wasn’t to be though, with the Ferns holding them off long enough to win 51 - 50.

Both teams put it all on the line, making for a game you couldn’t look away from. Kersten rightfully got Player of the Match, with two intercepts and three gains. Her connection with Wilson was key, something that will serve the team well in the Commonwealth Games.

In the post-match interview, South Africa Head Coach Dorette Badenhorst shared her thoughts on the game.

“They played with heart, they showed a lot of guts and this is how I know they can play.

“We really have a lot of new players on court and they’re new combinations that we’re trying.

“We’re not used to these types of games and I think the more we will play against the best in the world, the better we will become.”

The Silver Ferns and Proteas will meet again in six months at the Commonwealth Games. Although the teams are in different pools, it's likely that they will both make it to the finals.