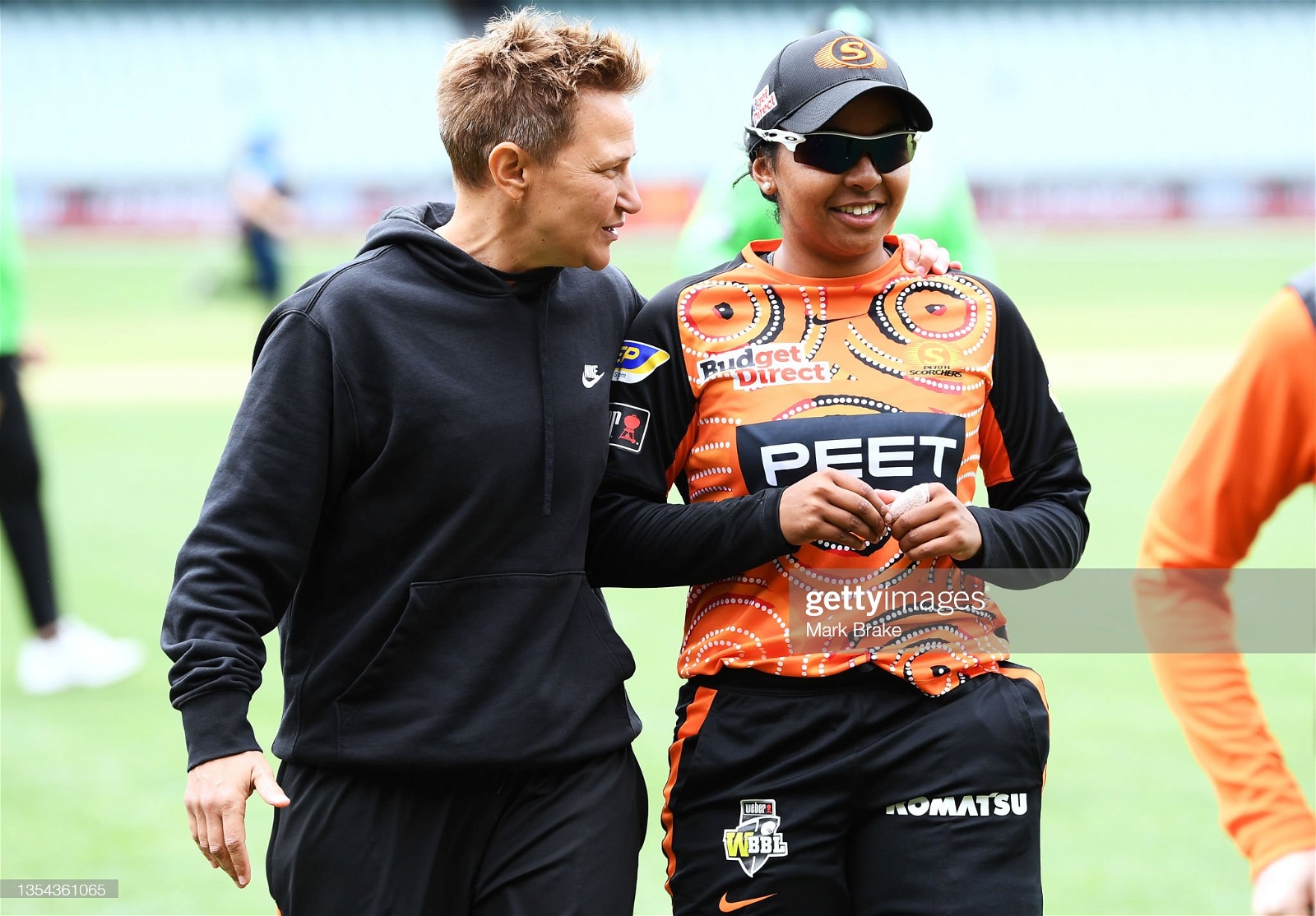 After being named the interim head coach of Australia’s women’s side after the appointment of former coach Matthew Mott to England’s white-ball set-up, Shelley Nitschke will continue at the helm of the title-winning Perth Scorchers.

Shelley Nitschke played 122 matches for her country across all three formats before playing a couple of seasons for the Adelaide Strikers to finish up her career in the WBBL. It is now her coaching career that is flourishing having been given the interim Australian job and now signing a contract extension of two years with the Perth Scorchers.

Nitschke first came to the Scorchers' head coaching job in WBBL|06 and in only a couple of years has managed to take them from contenders to champions. The Scorchers defeated Nitschke’s former team, the Adelaide Strikers at Optus Stadium to claim the WBBL|07 title last season.

The partnership with Nitschke and the Scorchers relatively new skipper Sophie Devine has been vital to the success of the team. In the 26 matches with this partnership, they have won 16 matches, by far the best of any time over this period.

Reflecting on being re-appointed as Head Coach, Nitschke said the connection between all involved in the club to realise the same goal was an important factor in her committing for two more years.

“I’m thrilled to have another couple of years at the Scorchers. Obviously, we had an amazing year last year, winning the title, but I think we’re starting to build something special and it’s great to be a part of," she said.

“I think there’s always an element of connection with your players and within the group, and I think that’s why we were so successful. We’ve got a great core group, great camaraderie within the group and an incredibly strong culture.

“A massive factor of teams winning the WBBL is the whole squad contributing, not just the big names.

“We can look at the performances last year of the likes of Chloe Piparo, Alana King – who is now Cricket Australia contracted – and others of that ilk, who all performed when we needed them. There’s definitely exceptional talent and variety within the squad, and I can’t wait to work with them again.”

While Nitschke is set to balance both the Scorchers and Australian job it’s unclear whether she would be able to do both when the summer comes around. While there is a dedicated block of time off for the WBBL there would still be plenty of work to do with the Aussie side over that time. That remains to be seen.

For now though, the Scorchers need to find some more players ahead of the WBBL; currently only seven players sit on the Scorchers contract list. Having said that, the trio of Sophie Devine, Alana King, and Beth Mooney are almost good enough to win the competition on their own.

The WBBL is set to kick off once again in October with the final coming at the end of November. WBBL|08 should be the first season since WBBL06 to not be interrupted by COVID.