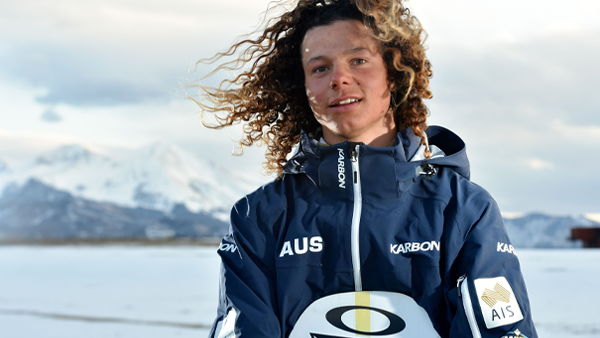 Scotty James, Valentino Guseli and Emily Arthur have been selected to compete for Australia in the Snowboard Halfpipe at the Beijing 2022 Winter Olympic Games.

Scotty James, Valentino Guseli and Emily Arthur have been selected to compete for Australia in the Snowboard Halfpipe at the Beijing 2022 Winter Olympic Games.

The Australian Olympic Committee has announced the three athletes who will compete in the Snowboard Halfpipe event at the Beijing 2022 Winter Olympic Games next month.

The Australian contingent for Snowboard Halfpipe includes a mix of experienced athletes and youth, with Scotty James, Valentino Guseli and Emily Arthur all looking to find a place on the podium when competition gets underway from February 9.

James, who has been selected for his fourth Olympic Games after also representing his country at Vancouver 2010 - where he was the youngest Australian team member at 15 years of age, Sochi 2014 and PyeongChang 2018, joins six fellow Australians to achieve the same feat of competing at four editions of the Winter Games.

The 27-year-old is the reigning men's Halfpipe bronze medallist - and Australia's first medallist in a Snowboard event - from four years ago at a Games where he was also the Australian flag bearer in that year's Opening Ceremony. Earlier this week,he won gold at the 2022 X Games in Aspen, Colorado, as he looks to find a place on the Olympic podium once more.

Arthur will make her second appearance at the Winter Olympics after making her debut four years ago where she made the finals of the women's Halfpipe, becoming the best-placed Australian female in the event, finishing in 11th place.

The 22-year-old has recently recorded her best World Championship result - a 10th-placed finish - early last year, to lead into Beijing 2022. Most recently, at the Snowboard World Cup last week in Laax, Switzerland, Arthur finished 16th in the Halfpipe event.

Guseli is set to make his Olympic Games debut in the men's Halfpipe, and at just 16 years of age, will be Australia's fifth-youngest male Winter Olympian.

Having made his World Cup debut in January 2021, Guseli qualified for finals after finishing first, however ended up eighth in the eventual final run. Leading up to Beijing 2022, at last week's X Games in Aspen, Colorado, Guseli finished sixth.

However, the teenager has gone up against some incredible competition this season beating three-time Olympic gold medalist Shaun White in December last year.

“This is a Snowboard team I know Australians will be incredibly proud of. These athletes have performed at the highest level on the world stage and is a great mix of experience and youth," Lipshut said.

“To make just one Olympic Team is a phenomenal achievement. For Scotty to make it to his fourth Olympics... is a truly special achievement.

“Congratulations to all the athletes selected today and thank you to Snow Australia, NSWIS, VIS, coaches, support staff, friends and family who have all contributed to you becoming the athletes and people you are today.

“I look forward to seeing these athletes in Beijing and continue Australia’s proud Olympic legacy in Snowboard.”

Snow Australia CEO Michael Kennedy displayed his excitement of seeing the selected team for the Snowboard events and had great expectations for all the athletes, especially James, at Beijing 2022.

“Scotty James we know is eying off a spot on the podium again after winning Olympic bronze in 2018. He is in good form coming in and no doubt has some tricks up his sleeve.

"This is a dynamic group of athletes who I’m sure will have all of Australia cheering for them."