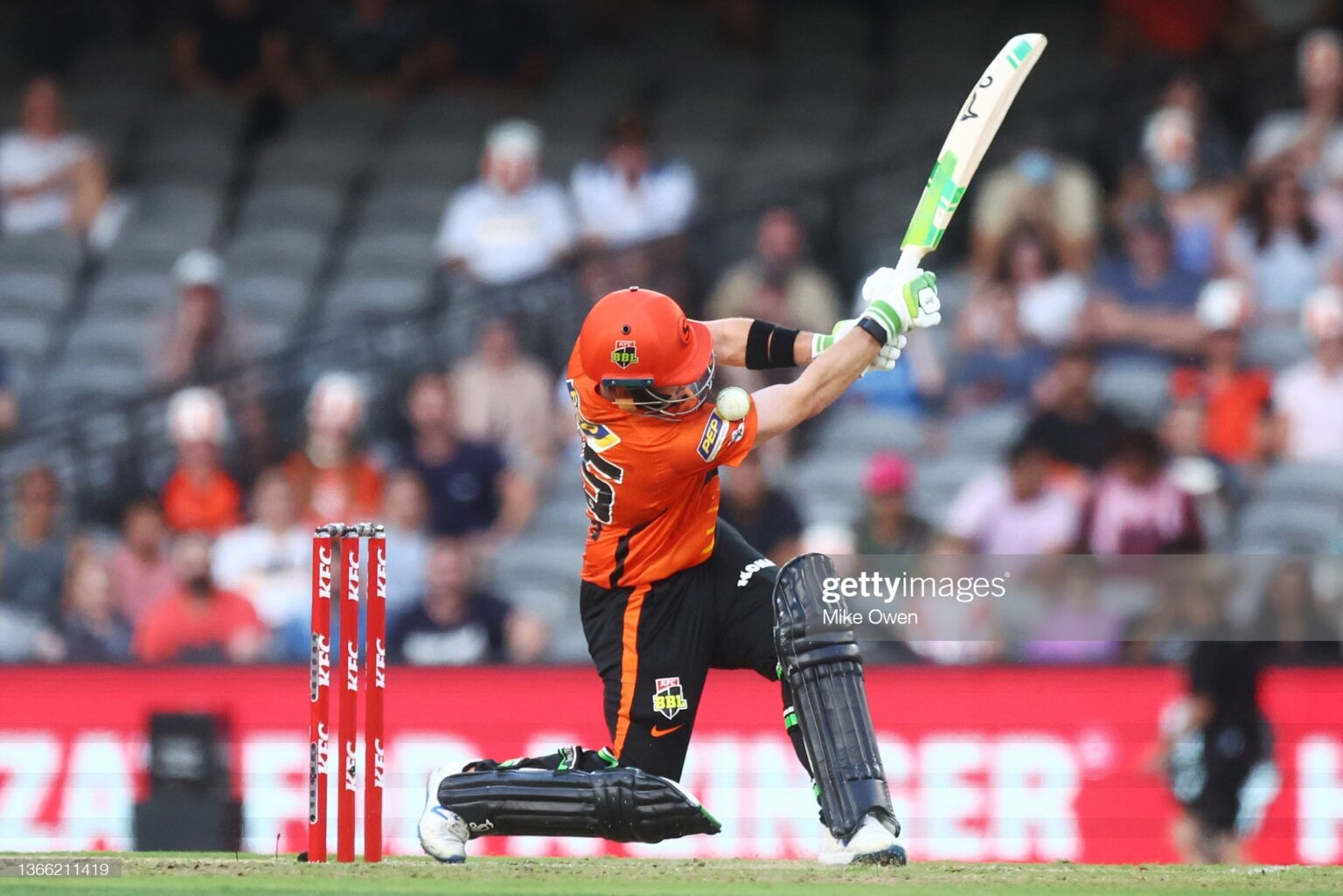 The Perth Scorchers are the first team into the Big Bash final, after thrashing the Sydney Sixers by 49 runs in a dominant performance.

The Perth Scorchers are the first team into the Big Bash final, after thrashing the Sydney Sixers by 49 runs in a dominant performance.

The Perth Scorchers have booked a place in Friday's Big Bash Final, after crushing the Sydney Sixers in an emphatic show of force to the competition.

The trouble started for the Sixers a couple of days ago, when it emerged that Steve Smith would not be eligible to play for the Sixers, despite his desire to, and the international series against New Zealand being postponed.

The news was made worse when Sixers batters Jack and Mickey Edwards were ruled out due to COVID-19 and the associated protocols. Jack Edwards has been a valuable batter for the Sixers, and if he was going to be out, the Sixers would have loved to play Smith.

The bad news was exacerbated moments before the first ball. Daniel Hughes turned his ankle on the boundary rope late in the warmup. He was sent for scans, and Nick Bertus was added to the side, making his Sixers debut.

Once the drama ended, play began, and it began in style for the Scorchers.

Josh Inglis and Kurtis Patterson were off to a flyer. While Nathan Lyon opened the bowling, and was only sent for six runs, the next few overs were less economical for the Sixers, as the run rate ballooned to nine runs per over.

The Sixers were never really able to get back on track. Patterson and Inglis belted them to all corners of the ground, feeling no discomfort at any point.

Kurtis Patterson was eventually dismissed for 64 runs from 41 balls, but the score was 1/120 in the 12th over.

Patterson's dismissal didn't provide any relief, as Mitch Marsh came to the crease and set about continuing the momentum.

By the time Josh Inglis was dismissed for 79 runs from 49 balls, the Scorchers had 159 runs on the board, with 17 balls left.

Marsh and Ashton Turner piloted a strong finish for the Scorchers, before Marsh was dismissed with one ball left, having added 28 from 21.

When the dust had settled, the Scorchers had set the Sixers a target of 190 runs to win.

THE HOBART HURRICANES STRIKE OUT AT THE MCG

The Sixers' chase was off to a disastrous start, as they scored off just one of the first eight balls, before Justin Avendano nicked off to Josh Inglis off the bowling of Jason Behrendorff for a duck.

Josh Philippe joined him in the pavilion seven balls later, with five runs to his name before he chopped on after mistiming a pullshot facing Jhye Richardson.

Jordan Silk, Nick Bertus, Dan Christian and Sean Abbott were all dismissed for single figures, with Moises Henriques the only top order player to reach the mark.

Henriques made a grand total of 17, from 30 balls, as he attempted to survive.

By the time Abbott was run out, the Sixers were 7/55. While any prospect of winning the match was over, with more than eight overs and 135 runs to manage it, the message didn't get through to the batters at the crease.

Hayden Kerr had a cameo of 22 runs from 18 balls, but the star of the Sydney Sixers' innings was Ben Dwarshuis, scoring 66 runs from 29 balls.

It was Dwarshuis' maiden 50, after 80 Big Bash appearances, and tonight he deposited multiple balls into the second tier of the stands.

He was the last man out, after batting with Nathan Lyon and Steve O'Keefe, and saved some face for the Sixers.

The Scorchers finished sharing the wickets, with each of Richardson, Behrendorff, Ashton Agar and Andrew Tye each taking two wickets.

Peter Hatzoglou took Dwarshius' wicket to seal the win, and the Scorchers had been celebrating the win they knew had been coming for more than ten overs by that point.

The only concern for the Scorchers is Mitch Marsh who pulled up lame late in his batting innings, with a tight hamstring, and took no further part in the match as a precaution.

The Scorchers will host the Big Bash Final at Marvel Stadium on Friday night. The Sixers will play the winner of Thunder v Strikers on Wednesday for a place in the final.