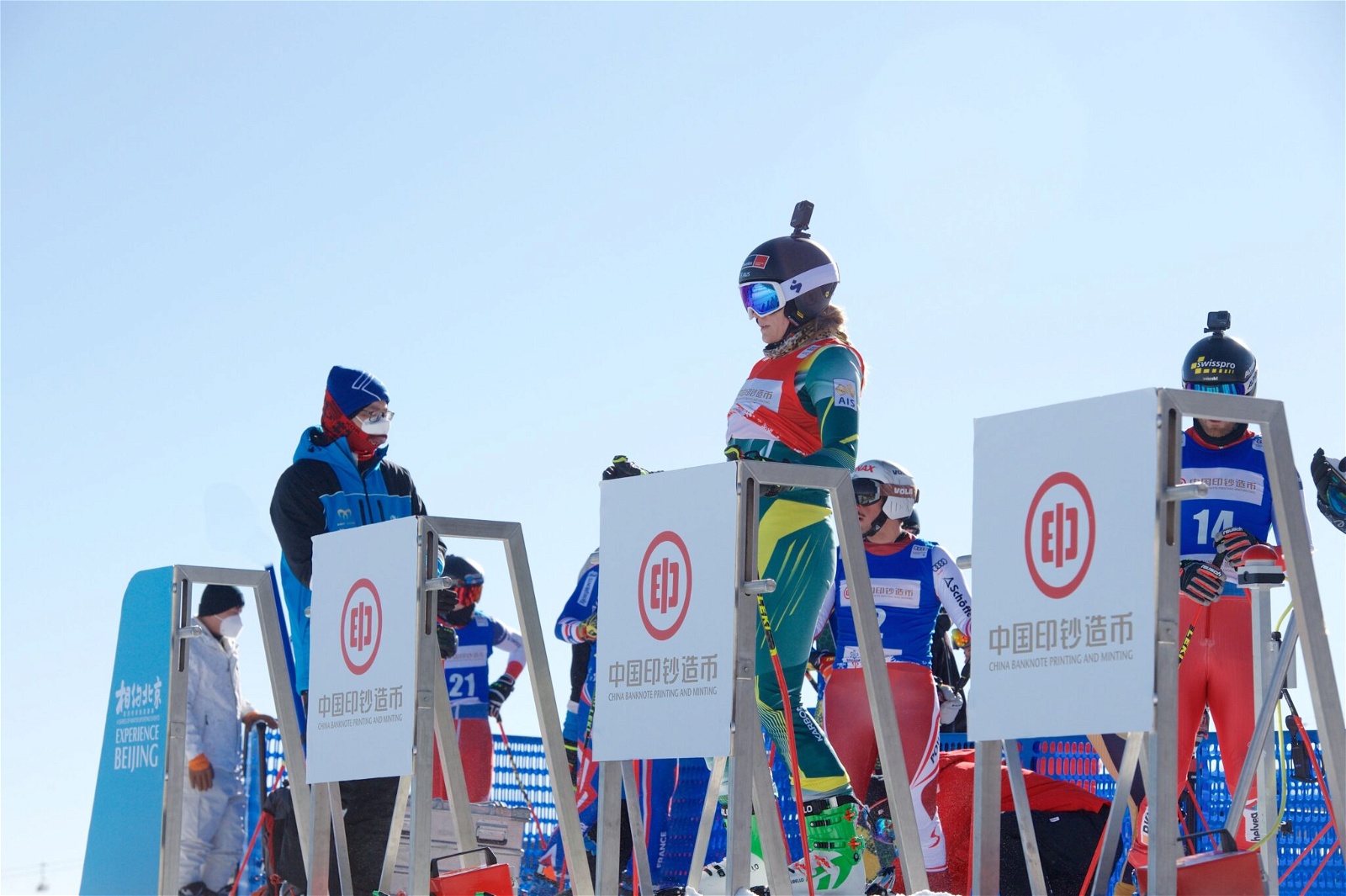 Sami Kennedy-Sim has made history with her selection to the Australian Olympic Team becoming the first Aussie to go to three games for Ski-Cross.

Sami Kennedy-Sim has made history with her selection to the Australian Olympic Team becoming the first Aussie to go to three games for Ski-Cross.

Sami Kennedy-Sim is yet another Aussie Winter Olympian to make history in 2022 after the Australian Olympic Committee selected her for her third Olympic Games in the Ski Cross.

Never before has an Australian competed in the Ski Cross at three separate Olympics and after suffering a stroke in 2013 prior to her debut in 2014, there were questions as to whether she'd be able to ski again.

But after nine months of work, she was on her way to the Sochi Winter Olympics, where she finished 28th after failing to make it through seeding.

The 33-year-old returned to the Olympic stage in 2018 and stunned throughout qualifying and the early finals, finishing in ninth in seedings and winning her group in the quarter-finals. However, she missed out on the A Final after finishing third in her semi-final group and ultimately finished eighth overall after a fourth-place finish in the B Final.

Kennedy-Sim's 2013 stroke had the potential to not only end her skiing career but also have severe lifelong impact was due to a post-surgery blood clot, which was dislodged from her calf after her cat, Sochi, jumped on the leg that had recently undergone surgery.

The 33-year-old recognised that the incident had helped her build resilience and that her husband, 2010 Olympian Ben Sim recognising the signs was key.

“When it happened my husband recognised what was happening, called the ambulance, and within seven minutes I was in hospital receiving a drug to dissolve that clot. With all I know about stroke now, timing is everything and Ben recognising the signs and acting fast was everything.

“I’ve had such a good recovery, on my way to my third Olympics. I made that full recovery, and it’s shaped me now to be incredibly resilient.”

Currently ranked 23rd in the World Cup rankings, Kennedy-Sim has had a great comeback season after finishing her season early in the 2020/21 season, and at the World Cup this weekend in Idre Fjall the Manly native has had her best qualifying result sitting in sixth ahead of Sunday's finals.

The 33-year-old was thrilled to make her third Olympic team, loving that the similar time zones will connect her to Aussies back home with the events in prime time.

“I am so proud to have been selected to represent Australia at my third Games. While these Games will be different from others I have experienced, there is really no better feeling than donning the green and gold on the world stage.

“Having an Olympics in a similar time zone to Australia means that I will feel connected with my friends and family – Ski Cross is on at prime time so I can’t wait to share this experience with everyone, I’m so excited!"

Chef de Mission for the Australian Olympic Team for Beijing, Geoff Lipshut, commended Kennedy-Sim's determination and courage over the years.

“I’m thrilled to announce that Sami and Abi are in the Australian Olympic Team for Beijing,” Mr Lipshut said.

“Sami has shown enormous determination and courage to make history as Australia’s first athlete to compete at three Olympics in Ski Cross, and her experience will be invaluable not just in her own campaign but for her teammates as well."

“A huge congratulations to Sami, she’ll become a triple Olympian and has long been someone who has provided great leadership and support to all aspiring and current Winter Olympians,” Mr Kennedy said.

“Sami is one of the most resilient athletes and we know her experience and strong lead into the Games will put her in a great position in Beijing. On her day Sami can mix it with the best in the world."

Catch Kennedy-Sim on Sunday night at 11:24 pm in one of her final events prior to the Olympics.

The Ski Cross competition will run from 17-18 February in Genting Snow Park in the Zhangjiakou region.