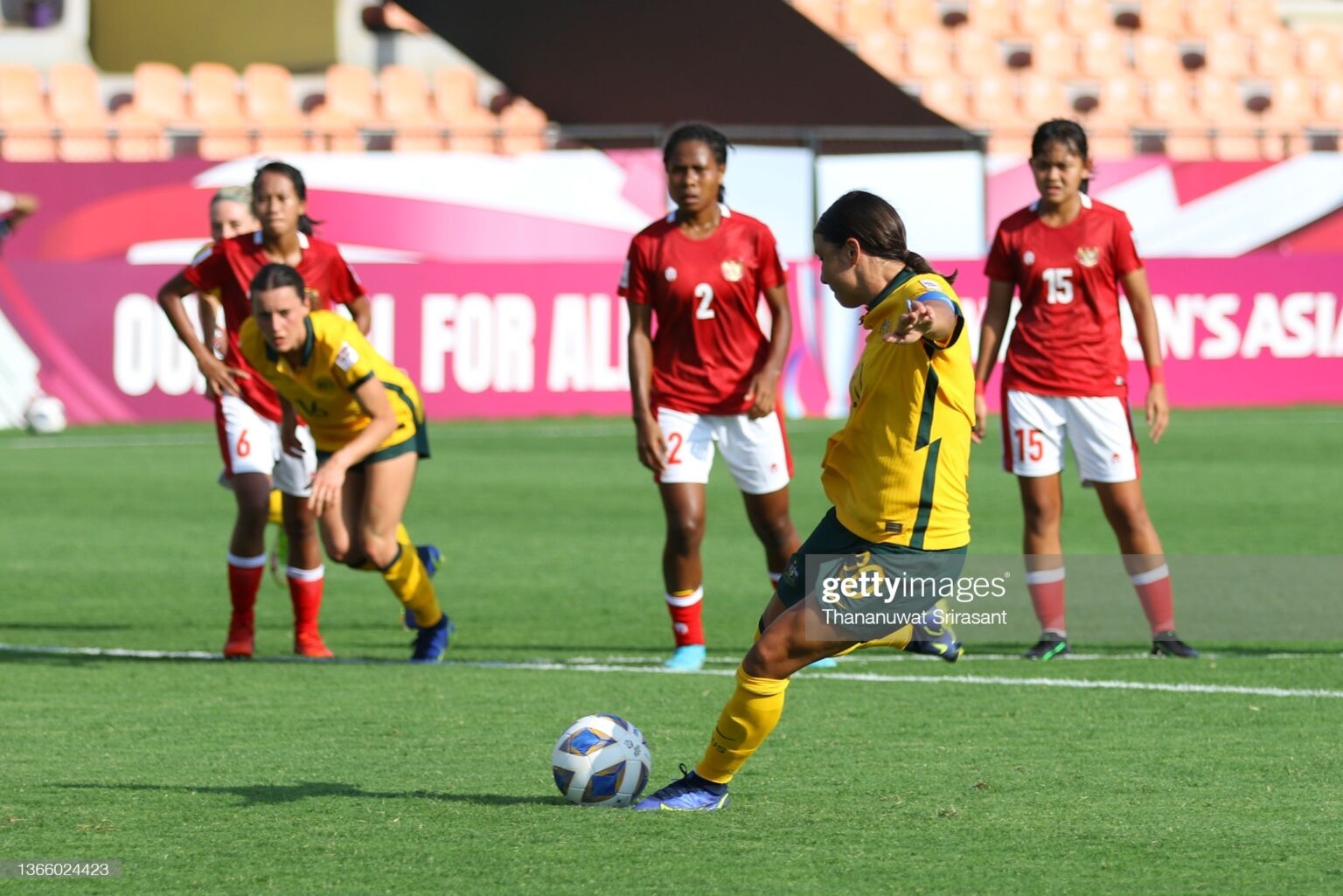 Sam Kerr breaks the record, and the barriers for Australian football

Sam Kerr is Australia's greatest footballer, after breaking the Australian record for international goals last night. But for so many more reasons.

Sam Kerr breaks the record, and the barriers for Australian football

Sam Kerr is Australia's greatest footballer, after breaking the Australian record for international goals last night. But for so many more reasons.

Kerr, who now has 54 goals to her name after a five goal haul, has repeatedly and consistently proven how prolific and important she is for Australia on the field, but her achievements and accolades don't always recognise the impact she's had off the field.

Kerr has always been earmarked for greatness, since her debut for the Matildas against Italy at the tender age of 15. The next year, she scored her first international goal, at the Asian Cup, as Australia secured the trophy after a 1-1 draw in the final.

It took Kerr more than seven years to go from a single goal to double figures, as she faced injury, tactical and form struggles at different times. In the four and a half years since she hit double figures, she has 42 goals to her name.

And that calculation is only for her international goals. Kerr has had no trouble finding the back of the net at club level either.

In her time with Perth Glory, between 2014 and 2019, she scored 52 goals in just 49 appearances. While that rate is a career high, she was only slightly behind in her time in the US for Sky Blue FC and the Chicago Red Stars.

Since moving to the United Kingdom and joining Chelsea, Kerr has scored at a comparatively glacial pace, with 31 goals in 34 appearances.

The personal accolades have flowed in at a similar rate to the goals.

Her most recent award was finishing second in the FIFA Best Women's Player award, and third in the 2021 Ballon d'Or.

Kerr's impact is not limited to her goal scoring. Her visibility has helped break grass ceiling and glass ceilings. She is one of the most recognisable women's sport stars on the planet, and it was on show again after the Asian Cup opener.

That photo is Indonesian players posing for photos with a player who put five goals in the back of their net, and led a team to an 18-0 win against them moments earlier. And yet, the opportunity to get a photo with one of the superstars of women's football beckons.

Kerr's leadership for her team remains an important part of her contribution to the team, as much as her goal scoring.

She sets the standards with the way she chases the ball to create full-field pressure, and she looks for passes to her teammates, including looking to set up Emily van Egmond for a hat-trick of her own last night.

Last night after the game, Kerr was asked which goal was her favourite from her five goal performance. Her response was to highlight teammate Aivi Luik's first goal for the Matildas.

"She [Luik]'s come back, the team needs her, she's come out of retirement and to see her get her first goal, it's amazing.

"I was just really happy for her because she kind of left that stone unturned when she retired."

Those words speak volume about her leadership, and the example she is setting, for her young teammates like Mary Fowler and Ellie Carpenter, and to young football players around the world.

Now that Kerr has passed Tim Cahill, she is Australia's greatest footballer. The fact that she's only 28 means there is every chance that by the time she retires, it will be like comparing Tom Brady or Michael Jordan to their contemporaries.

And Kerr will almost certainly remain visible as a leader, and with the potential to go viral, whether for a backflip, a goal, or a statement she makes.

If there is any doubt about that, remember late last year when Kerr ignited a debate about security at women's football grounds, after dealing with a pitch invader.

So for now, just enjoy the greatness that Sam Kerr brings, on and off the field, as a role model, and a superstar. It won't last forever, but her impact will.