They will be looking to climb to the top half of the ladder this season but will 2022 be the year of the Saints in the AFLW? 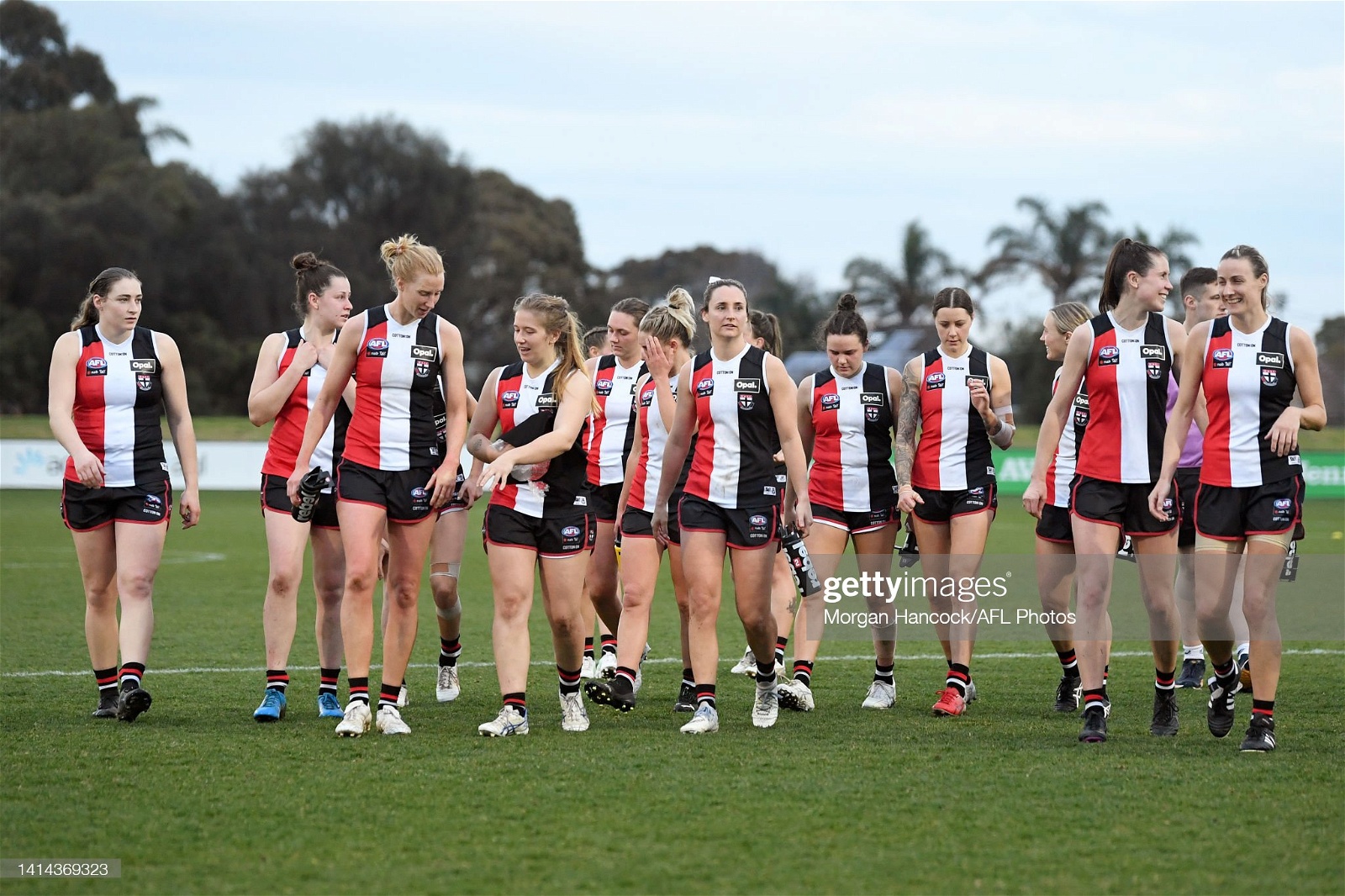 After getting knocked back for an inaugural AFLW license, the Saints haven't really impressed since joining the league in 2020. In their three seasons to date, they haven't finished higher than ninth. The youth-focused Saints will have to dig deep to improve on those past results this season.

It took the Saints until round eight of the year to record a win before winning only one more game for them to finish 2-8 through the season. Their clear lowlight was round seven's match against Carlton, which saw them held to a record low score of two points.

Their pre-season fixture didn't show much improvement last season, with them going down 42-16 against the Lions. For season seven, finals may be out of the question, but the hope will be to be much more competitive than in season six.

With a percentage of just 53 last season, the Saints’ key aim under coach Nick Dal Santo will be to remain competitive for as long as possible. Tilly Lucas-Rodd was the key stand-out, becoming a force in the midfield averaging 20 disposals and being rewarded with selection in the All-Australian 40 before departing the club in the off-season.

The Saints were victims of a mixture of close matches and some big losses. They started the season with a 38-point loss to the Tigers before going into a 27-point loss in round two. With key players Tyanna Smith and Georgia Patrikios ruled out before the season began, the Saints would always be on the back foot.

The plan in season seven will be for Nick Dal Santo to continue his reign of the side after a tough first season as coach, an appointment that brought some criticism at the time.

Thankfully the Saints managed to gain some momentum into the back half of the season, with their first win coming in round eight with a win against the Suns before they also got over the top of the Cats in round nine. They will be hoping that late form can translate into the first half of season seven.

Unfortunately for the Saints, season seven could end up worse than season six. They have lost plenty of quality players through the trade and free agency period. The good news is that some outstanding young players are coming through the system, which they will hope to build a strategy around.

The biggest question, though, is whether Nick Dal Santo wants to put in the work to build that system or if, as predicted last season, this is just a stepping stone to an AFL men's job. As mentioned above, Tilly Lucas-Rodd was key in season six, but with her no longer with the Saints, it will be up to Patrikios to step up into the void in the midfield.

In their pre-season hit-out, the Saints looked their best on the run by using the wings of the ground to go wide before finding Nicola Stevens in the forward 50. If the Saints can continue to be one of the youngest and fittest teams in the competition, there is no reason they can't improve on last season's very average results.

DISPOSALS. Outside of last year's top eight, the Saints were the most effective side with the ball. Their run and carry style was the key feature of last year's football, and by their work, in the pre-season match last week will also be a feature this season.

When everything is going well, this faster handball and carry football style can be extremely enjoyable to watch. But of course, there are drawbacks, like last season, when the talent isn't quite there in the middle of the ground, mistakes can occur. These mistakes were largely responsible for some of the significant losses the Saints saw last season.

DEFENCE. With some of the most significant losses in the AFLW last season, it's pretty clear that the backline has some work to do. The pressure needs to start being applied by the Saints, not just on the defensive end but in the middle.

In the practice match against the Lions, it was clear that the midfield allowed clearances way too easily. This is especially bad considering the Saints were last for hit-outs in season six of the competition.

Last season the Saints also gave up the fifth most disposals across the competition at the second-best disposal efficiency across the board. Signs are good, though, with Bella Dawes doing well defensively against key forward Hannah Priest, while Phoebe Monahan was also impressive on the defensive end against the Lions.

J'Noemi Anderson: The Saints had pick 16 in the draft as their first and chased the young gun from the Sandringham Dragons, who should add plenty to the already quite young Saints lineup. Originally from the Northern Territory but boarding in Melbourne and being the sister of Jed Anderson, she comes to the Saints with the heavy burden of expectation.

Notably, Anderson, who plays both forward as well as spending time in the midfield, has been praised for her tackling in the past. As discussed above, it's the defensive pressure that the Saints need, and with Anderson's ability to burst through packs and tackle hard, the Saints have certainly recruited what they need.

At only 17, though, it is uncertain at this point if she will play every game, but there is no doubt she will be a big part of the Saints’ long-term plans.

Unfortunately for the Saints, it's not good news. While they are clearly building towards something bigger, it will take more than one short pre-season for the new Dal Santo system to sink in and change the game.

Look out over the next few years as their younger players get bigger and stronger and the game plan develops into something that could genuinely revolutionise AFLW. Expect to see plenty of run and carry through the middle this season but don't expect too many wins this year in an 18-team competition.