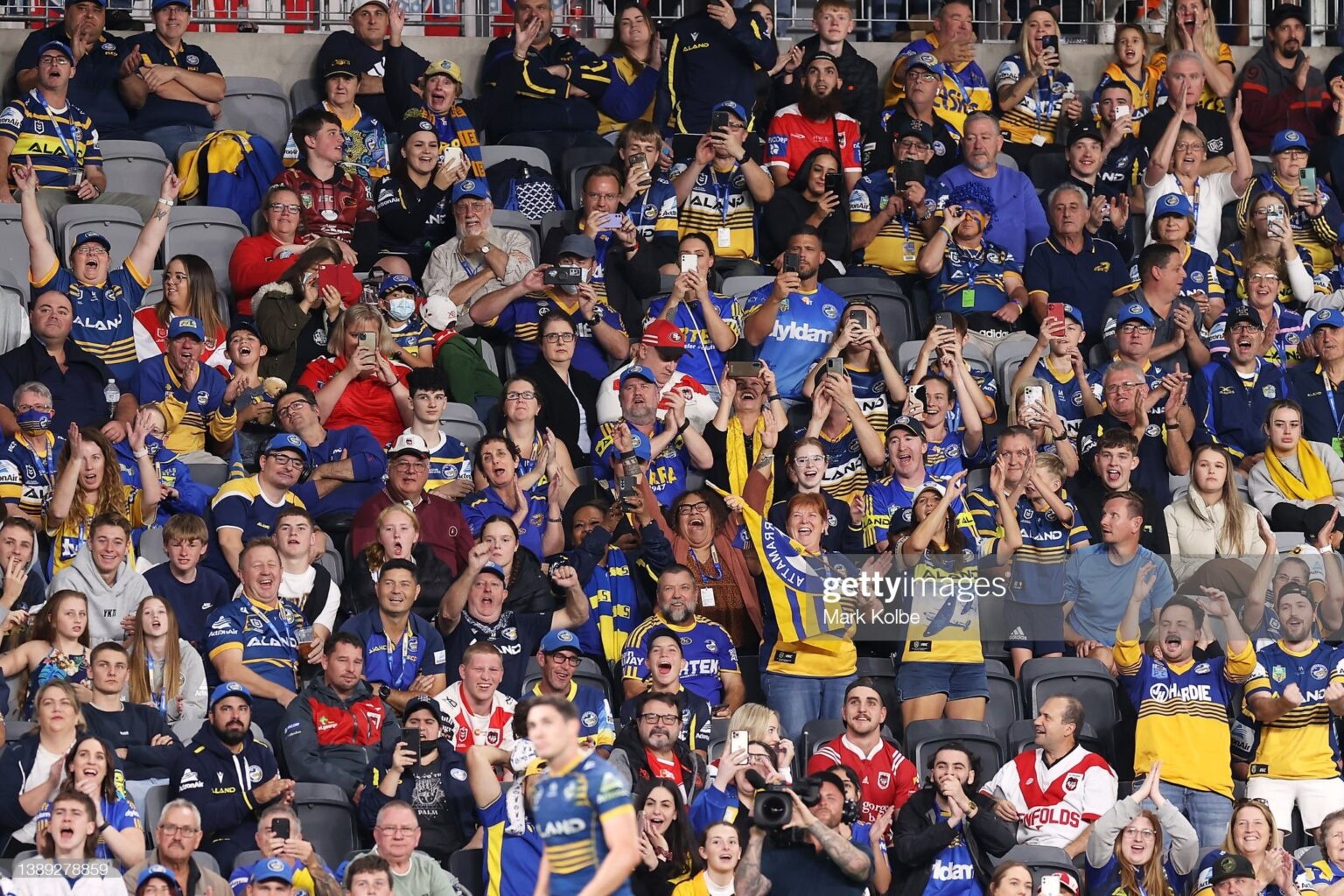 Another amazing weekend of rugby league was capped off by some even better individual performances. Let’s take a look back at the weekend that was in rugby league and see who madeEdge of the Crowd'steam of the week for their brilliant performances for their clubs.

An obvious decision, but Papenhuyzen was so dominant this weekend crossing the line four times in the Storms' defeat of the Bulldogs 44-0. Adding to his 4 tries, Papenhuyzen also converted 6 tries meaning he alone scored 28 of the Storm's 44 total points scored. With three line breaks, one hundred and eighty-eight meters run, one assist, four tries, six conversions and the man of the match Papenhuyzen was obviously always going to be the choice for fullback of the week.

Another impressive performance from May saw him score twice in the Panther's 26-12 defeat of South Sydney. In addition to his two tries, May also ran for 204, and made two line breaks as well as seventy-three post-contact meters. Another stellar performance from the young superstar bolsters his campaign for NRL rookie of the year and this week's team of the week.

Quickly on the rise to becoming one of the best centres in the game Talakai had another great game for the Sharks this weekend and was instrumental in their victory over the Knights 18-0. All in all, Talakai ended up scoring one try, running for a whopping 223 meters and 57 post-contact meters. The big centre for the Sharks is certainly showing his agility and speed this year and is fast becoming one of the breakout stars of the League.

Manu had a near-perfect game this weekend that definitely puts him in the team of the week and potentially player of the round contention. He had a hand in almost everything that went right for the Roosters this weekend in their 28-4 defeat of the Cowboys. Manu scored two tries, made one line-break, two line-break assists and two try assists looking dangerous every time he had the ball in hand.

Coates is fast becoming one of the buys of the year and under Craig Bellamy is fast becoming one of the best wingers this game has to offer with his speed, agility, footwork and scoring abilities. Coates was critical in the Storm's 44-0 defeats of the Bulldogs and showed his blistering speed at many points during the game. Coates scored one length of the field try, ran for 201 meters, and had one line break assist. The addition of Coates to the Storm squad has been massive and he is looking in good enough form to have a stellar season ahead.

In a dominant win for the Eels that saw them win 48-14 against the Dragons, Brown was in control of the Eel's attack throughout their game that saw them run in eight tries. Brown scored once, ran for 162 meters, made two line breaks, had one try assist and five made tackle breaks. Brown is proving to be one of the key elements that the Eels will need this year to go all the way and his combination with Mitchell Moses in the halves is proving to be one of the best in the competition.

Moses was on fire this weekend and was one of the standout players of the round scoring two tries and eight conversions in his team’s huge win. With a couple of years under his belt now Moses is really coming into his own as half and one of the real leaders within his Eels squad. His ability to read defensive structures, his speed and his kicking ability were all on the show this weekend. Moses scored twice, kicked eight conversions, made two line breaks and had two try assists.

The big prop for the Warriors was crucial to their 20-6 win this weekend against the Broncos. Fonua-Blake’s damaging ball running and post-contact meters were key in assisting the Warrior's backline scoring points. Fonua-Blake ran for a game-high 196 meters made a whopping 98 post-contact meters and took 17 hit-ups. Off the back of Fonua-Blake’s running the Warriors were able to gain critical field position that helped set up their tries and was crucial in their victory this weekend.

DRAGONS TOO FIERCE FOR THE TITANS IN NRLW SEMI

Back from injury, Grant looked back to career-best form this weekend as was a key player in his team's 44-0 win over the Bulldogs. Making a game-high thirty-six tackles Grant was the key leader in the Storm's defence which saw them keep a clean sheet this round. In addition, Grant also had two try assists and made 58 dummy-half running meters. If Melbourne is to go all the way in season 2022 it is hard to see them doing so without Grant at hooker or at least in another starting position as he is so instrumental for the Storm.

Haas is fast becoming one of the prominent front-rowers in the competition and even in a struggling Brisbane Broncos squad continues to deliver for his team in both attack and defence. The young forwards hardball running, and strong defence has been one of the big shining lights for the Broncos this year and was yet again on display even in his team's 20-6 defeat to the Warriors. Haas ran for the most meters of any Bronco with 176 metres, made a game-high 91 post-contact meters, had six tackle breaks, 19 hit-ups and made 45 tackles. A monster game under any circumstance puts Haas in this week’s team of the round.

Nikora is a player on the rise in the NRL and with a few seasons now under his belt is really starting to play his best football so far this year. Nikora made a game-high 42 tackles for the sharks and assisted them in keeping a clean sheet this weekend in their 18-0 victory against the Knights. Nikora also ran for one hundred and fifty-seven meters, Made sixty-three post-contact meters and took 15 hit-ups. This season the Shark's new head coach Craig Fitzgibbon who is known as a prominent defensive coach has helped Nikora become one of their pivotal defensive players.

Coming off his breakout year in 2021, Papali’i has come into 2022 looking to improve on what already was a very impressive 2021 season and try to push the Eels to a premiership in his final year at the club. In his team's massive 48-14 win this weekend against the Dragons, Papali’i strong running and tough defence were on full display. Papali’i ran for one hundred and thirty-six meters, made 50 post-contact meters, had two line-break assists, took seventeen hit-ups, and made three offloads and 27 offloads.

Yeo this week continued his ‘perfect’ season so far polling another three Dally-M points. Penrith’s co-captain yet again showed his brilliance this week showing his grit yet again to get through a mountain of work both in attack and defence. Yeo ran for a huge 172 meters, made 58 post-contact meters, took 11 hit-ups and made 11 tackles. This year Yeo continues to somehow get better each and every week as is Penrith’s key ingredient to go back-to-back in 2022.

Full Team of the week (Round 4)