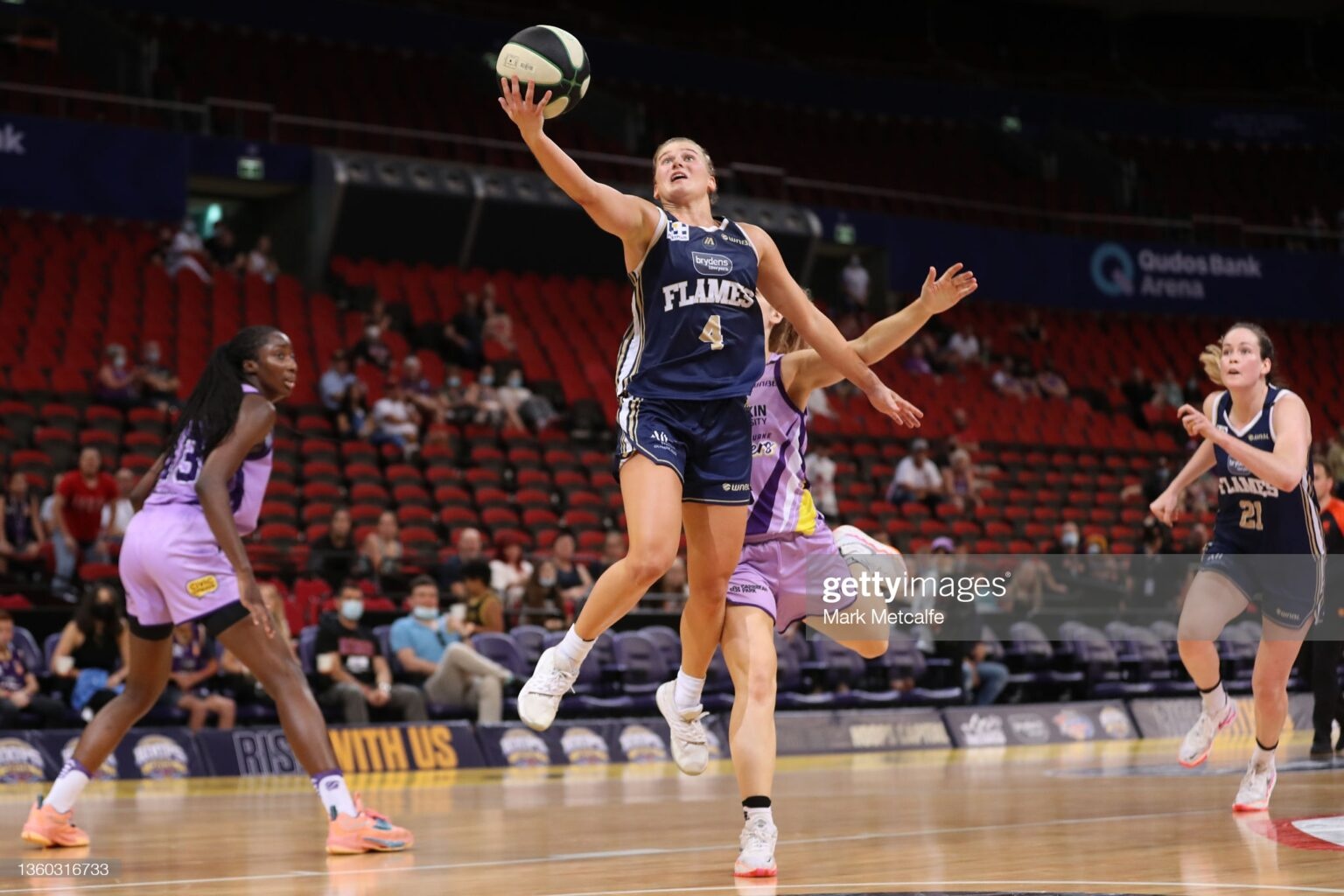 After Round 5, the WNBL is starting to take shape. The Edge of the Crowd looks at who has risen, and who has fallen so far this season.

After Round 5, the WNBL is starting to take shape. The Edge of the Crowd looks at who has risen, and who has fallen so far this season.

We're now five founds into the WNBL and it's been nothing but sheer excitement.Imports are back, more Aussies are staying home, players have found new homes, and teams are developing new identities.

With some great games and a chance to see how each team has adjusted to the season, we present to you the first WNBL power rankings, five rounds into the competition.

The Lightning have only played three games but their lineup has shown promise.

Against the Boomers, there was an intense all-around energy from the fans to the players that allowed the Lightning to defend their home court in dominating fashion.

The Lightning are one of the taller teams in the league, led by a pair of 193 cm stars in Alanna Smith (also Phoenix Mercury in the WNBA) and import Kylee Shook ( New York Liberty). 188 cm Steph Talbot (formerly Seattle Storm) plays like she is the tallest on the court.

Having the size advantage over other teams has allowed the Lightning to lead the league in rebounds per game with 43.3. Talbot stands at second with 12 boards per game.

Although they aren’t the most intimidating team on the offensive end, Alanna Smith is averaging 15 points per game, good for ninth.

With more growth in player’s throughout the season, the Lightning can make a splash and become a contender.

Despite dropping a competitive game to the Lightning on December 30, the Boomers have the talent and edge over the rest of the league.

Despite sitting third on the ladder with a 4-2 record, they have played the most games in the league with six. The rest of the league, aside from the Perth Lynx who just had their first game, has played a maximum of four games.

Mitchell has put the WNBL on notice with her fearless drives to the basket, shooting range, and her ability to create her own shot. She currently sits fifth in scoring with 17.2 points per game.

The Boomers might have the best all-around starting five. That might have led them towards the top of the power rankings but in order to maintain their position, they need to improve on consistency and incorporate their bench when the starters are in trouble.

It’s been a good start to the season for the Capitals, having only lost the one game so far this season against the Adelaide Lightning in the side's second outing for the season.

Although the Capitals have had a great start to the season it hasn’t come without its turmoil, with coach Paul Gorris banned until the 20th of January after receiving leaked footage of the Sydney Uni Flames training.

The only downside to the Capitals season has been in the one game they did lose they lost by 26 points which isn’t a margin they want to be putting up consistently with the Lightning dominating most of the match.

The Capitals showed their dominance against the Bendigo Spirit being the first team in the 2021/22 season to reach triple digits for the season. Brittney Sykes has been dominant for the Capitals so far this season, averaging 17.5 points per game. Kelly Wilson was also dominant on the scoreboard averaging 8.3 points per game.

It hasn’t been the title defence that coach Cheryl Chambers would have wanted. While the Flyers has had a few key players in Liz Cambage (WNBA) and Leilani Mitchell (Spirit) depart the club over the offseason, the slow start to the season still wasn’t something that fans expected.

After winning the season opener against the Spirit the Flyers were then faced with two tough losses against cross-town rivals in the Melbourne Boomers, with the team lacking the polish they had in 2020.

Abby Bishop has slotted in nicely to the Southside Flyers, playing a key role in the side's title defence, having 17.3 points per game and really lifting when the team has needed her.

Although a slow start to the season Rebecca Cole has put together a string of good performances, with Cole helping her team come back against Townsville Fire scoring 24 points and having 3 assists.

The come from behind win over a red hot Townsville may be the momentum shift that the Flyers need to get their title defence back on track.

After starting the season on fire, no pun intended, the Fire have simmered down a bit.

Townsville is not lacking in talent. They have three players averaging double-digits in points but lack in sharing the ball and defensive intensity. On the season, they’re currently second to last in total points per game with 69.5. Their assist per game stands at 15.8 per game which is also second to last in the league.

Defensively, they’re not lacking in rebounds per game. They’re 39 per game are in the top half of the league average.

The two brightest players for Townsville are imports Sug Sutton and Monique Billings (Atlanta Dream). Sutton is currently averaging 10.3 points, 5.7 rebounds, and a league-leading 6.7 assists per game. Billings is the anchor of the Fire. She’s averaging a near double-double with 16 points, nine rebounds, and 1.8 steals per game.

The Fire have the ability and talent to get back on track. They’re currently lacking in identity but once the players mesh and gel, it should be all up.

After a winless 2020 and a successful offseason, the Spirit had finally claimed their first win in over a year against the Melbourne Boomers.

After transferring from the Sydney Uni Flames over the offseason Anneli Maley has started off her time in the blue and yellow quite nicely, averaging 14 points per game, also being named the Spirits top points scorer on three occasions this season.

Although after the sides win over the Melbourne Boomers they haven’t been able to get another win on the board, while they’ve brought in experience with Maddie Garrick (Boomers) and Lelani Mitchell (Flyers) it’s still taking some time for the Spirit to switch into gear.

Having an average losing margin of 16 points, the Spirit stayed in contention in stages of matches but unfortunately let the scoreline get just out of reach.

The Sydney Uni Flames haven’t had the start that many were expecting, currently sitting seventh on the ladder with 0 wins and three losses. With the team taking a while to kick into gear but with a big turnover both on and off the court, the team is still finding its feet.

Shyla Heal has come to play scoring 50 points for the season and having an impressive second half against the Melbourne Boomers where she was able to set up her side on the offence to spark a comeback attempt.

Although one of the problems with the Flames this season is that they just aren’t able to put that scoreboard pressure on opponents, only averaging 55.5 points per game, the least out of any team in the WNBL this season.

While the Flames last game was postponed due to Covid, the Flames will be looking to carry the momentum from the almost upset against the Boomers to really turn their season around.

The Lynx have only made one appearance for the 2021/22 season due to the border restrictions in Western Australia but it was a well-fought out game, getting out of the blocks early only to lose to Adelaide Lightning by 2 points.

While they had a strong start it was the lack of match fitness and a foul call in the dying seconds that cost them the match but after starting five weeks behind everyone else, it’s a massive effort.

American International Marina Mabrey was fantastic on debut scoring a game high 30 points including seven out of 13 three pointers along with five rebounds and four assists, with Mabrey sure to be a highlight in Perth games going forward.

The WNBL continues on 5 January with UC Capitals vs Sydney Uni Flames.