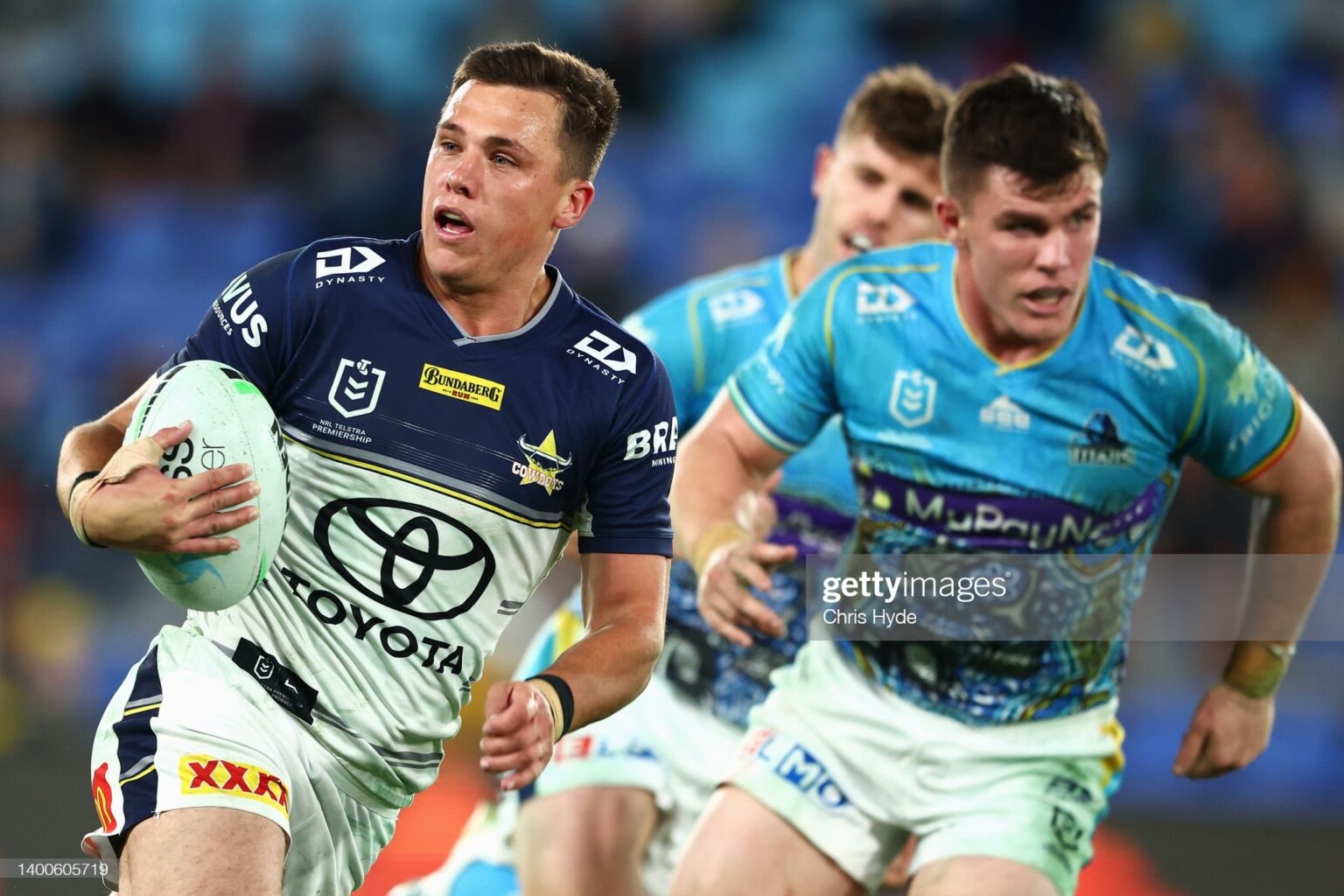 Round 13 Team of the Week: It's time for Origin

While it's almost time for Origin the NRL still had plenty to talk about over the weekend, we take you through the round 13 team of the week.

Round 13 Team of the Week: It's time for Origin

While it's almost time for Origin the NRL still had plenty to talk about over the weekend, we take you through the round 13 team of the week.

Origin is so close now that we can almost taste it. The team atEdge of the Crowdhas picked their Team of the Week before the big opening Origin 1 match.

It was a massive win for the Cowboys to start the weekend off on Thursday, as a result, the Cowboys will dominate this team of the week. It was a great game for Drinkwater who was dominant across the board.

He converted four tries as well as picked up three assists to assure the Cowboys would get over the top of the Titans. Interestingly Drinkwater also had plenty of the ball running 226 metres from 20 attempts, going forward he needs to fix his tackling after missing five of them this week.

It’s rare for players to get into the team of the week on a losing side but the fastest man in the NRL Josh Addo-Carr couldn’t be ignored this week. He managed the first two tries for the Dogs which kept them in the game against the ladder-leading Panthers, but that wasn’t enough to get them the win.

As well as the tries he managed to run for 172 metres while still getting four tackle-breaks if anything he just needs to be more careful after giving away two penalties.

The only man to score more than one try in the Cowboys' big win over the Titans, Tabuai-Fidow was dominant proving that he will be the future face of this side.

At 20 years of age, he’s already accomplished so much, but there is no doubt the future is still bright. He ran for 177 metres to get those two tries, once again for the Cowboys he needs to fix his tackling after missing five of them.

It wasn’t the stat game that Tago may usually put up against the Dogs, but he was instrumental for this week. He will also need to stand up over the next few weeks during the period that many of the Panthers' experienced players will be off to the NSW Origin side.

He did set up a good try but to be honest there wasn’t anyone better to put in this position for the week. Tago still has a long way to go in this side and it will be interesting to see how he goes into the future.

Another Cowboy to make his way into the team this week is Murray Taulagi who continues to have a great season for the Cowboys. It was just the one try for Taulagi this week, but he supplied much more than just getting over the line.

He went on 18 different runs for just under 200 metres, impressively 66 of those came after the first contact. Taulagi will no doubt combine with Tabuai-Fidow long into the future.

As well as converting three tries from the Dogs Burton also got over the line himself to make sure he was the equal top point scorer for the match. As well as all of those points, Burton set up the other two.

He was all over the field for the Dogs, as was a shining light in what was a difficult loss. As well as all that attacking action Burton also broke through three tackles while kicking for 567 metres, 200 more than the next best.

NRL MAGIC ROUND: TEAM OF THE WEEK

No scores this week for Townsend but he did supply plenty to make him the fourth Cowboy to make our team of the week. Townsend broke through the Titans' defence once to set up a great try as well as doing what he always does, kicking 422 metres to keep the ball away from the Titans.

Unfortunately, it wasn’t the best game overall for Townsend who missed six tackles to go along with plenty of misses by his teammates.

Two weeks in a row for Fisher-Harris in this position thanks to his impressive performance against the Dogs. He went on 19 runs for the most metres of the match with 203, 71 of those came after the first contact just proving his strength.

As well as his work on the front end, Fisher-Harris landed 44 tackles to stop the Dogs who did put together good bursts of form.

Robson got the Cowboys off to a good start in the second half with the first try of that term, the try made sure that the Cowboys would come out on top putting the game well outside of the Titans' grasp.

Unlike many of his teammates, Robson actually had a good game defensively making 40 tackles, hopefully, he has a word or two to his teammates over the next week on how to hold onto their opponents.

Sunday afternoon was the final of what was a short round due to the byes and thanks to Tapine the Raiders got over the top of the Roosters at home. He may not have had an impact on the scoreboard but there was plenty to like.

He ran 20 times for 209 metres, most impressive was the strength of the man who had 97 of those metres come after the first contact. That strength was even more on show when you take into consideration the five tackle breaks in Tapine’s stat column.

Just the one tries for Kikau this week, but it wasn’t his offensive but his defence that was more impressive. He assisted for a couple of line breaks while also making plenty of tackles. He still has plenty to learn though with three of those tackles being missed and a further three being ineffective.

Kikau will be another Panther that has to step up this week with some of the Panthers' players likely missing out after Origin.

It was a massive win for the Sea Eagles winning 44-12 over the Warriors at 4 Pines Park on Saturday night. While it was Reuben Garrick who did all the scoring he couldn’t have got half as much done without Olakau’atu.

He went on 17 runs for 182 metres while getting over the try line himself through a great line break. With the Sea Eagles still in and around finals contention, Olakau’atu will have to stand up in the second half of the season.

The final player in this team of the week and amazingly the sixth from the winning Cowboys side from Thursday. He went on the most runs with the ball for the Cowboys with 24 which translated along to 207 metres.

On those runs, he broke six tackles which allowed those important extra metres to be gained. At the end of the day, the Cowboys were simply amazing, and Taumalolo played an important part in making that happen.