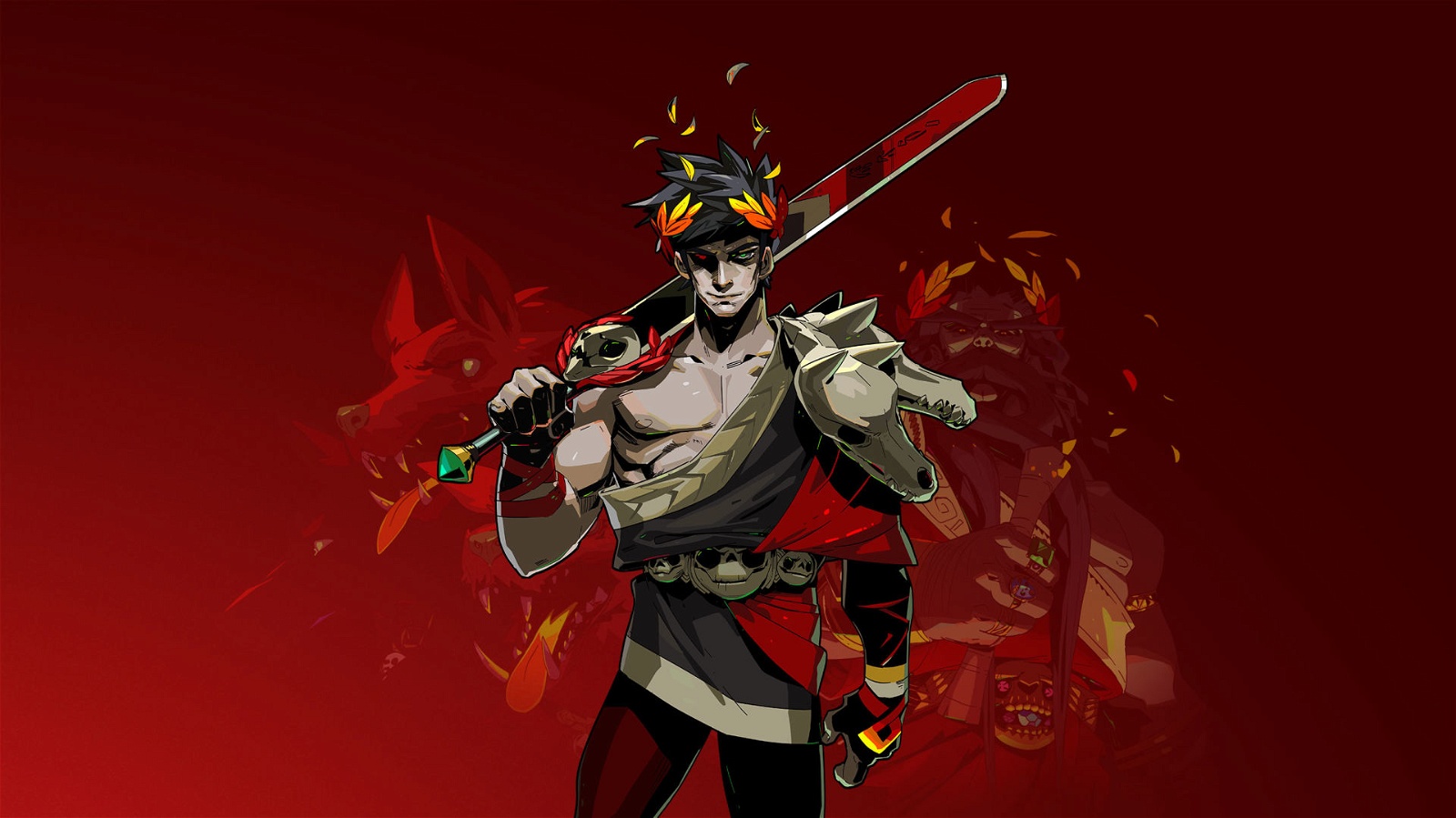 Dying in a video game has historically meant inconvenience, but the rise of the roguelike has transformed it into something more.

Dying in a video game has historically meant inconvenience, but the rise of the roguelike has transformed it into something more.

The Wasted Storytelling Potential of Dying Over and Over

Dying in a video game – for the decades that they’ve been around, death has meant a progress reset, returning to a checkpoint, copping a blow to your K/D, or hell, even having to dig up an extra coin from your pocket if you go back far enough.

In essence, death has been synonymous with failure and a consequent inconvenience. The typical gameplay loop is one wherein the player comes across consecutive challenges that increase in difficulty, forcing them to refine their skills through progressive attempts until they finally achieve completion without dying.

However, problems arise from this kind of death mechanic when we consider how it affects a game’s ludonarrative.

“Ludonarrative” refers to the ways that a video game’s gameplay interacts with narrative elements of story, character and setting. It is what distinguishes video game storytelling from other mediums in that there is an opportunity for a level of self-directed immersion that is unavailable to film or literature.

The most common example of this would be final boss fights. Take a game like Final Fantasy VI – a personal favourite of mine. Your final boss is Kefka, a harlequin court mage who has ascended to godhood and destroyed the world in the game’s first act. When you finally get to fight him, you have seen him turn his Light of Judgment on to entire towns in acts of instantaneous genocide.

But, if you’re anything like me in my annual playthroughs, by the time you’re up to the Kefka fight, you’ve already used the Paladin’s Shield to teach Ultima to your over-levelled team and so the ordeal is over after a few turns of hitting those 9999s on him. A battle levied by four humans (or a Moogle if you’re so inclined) against a god can thus end up feeling awfully insignificant, even despite the beautiful art and the god-tier ‘Dancing Mad’ OST playing in the background. That’s ludonarrative dissonance.

Hell, you could even argue that the turn-based combat of Final Fantasy VI and turn-based RPGs, in general, is a form of ludonarrative dissonance, for it expects us to believe that combatants are willing to arrange themselves neatly on one side of the screen and wait their turn to attack during epic battles with the world at stake.

Or, to get more to the point, take something like the Uncharted series. If you’ve played through all four games (as I have!), you’ve probably died countless times – whether it be from enemy gunfire, a misplaced jump or impalement via sword.

Yet, there are never any consequences for my hundreds of deaths: I am merely returned to a checkpoint that’s never further back than a few minutes ago. The death is waved away, left unacknowledged. And, at the end of it all, I’m expected to believe that our player character Nathan Drake escaped every single ordeal largely unscathed while I, the player, must live with the knowledge that I have died hundreds of times.

So, what does ludonarrative harmony look like when it comes to death?

The best place to look is games where deaths are built into the gameplay loop: roguelikes. The “roguelike” is a video game genre wherein players must fight through procedurally generated levels at risk of permanent death that sends them back to the very beginning. Deaths are expected and frequent, serving as markers of the player’s developing progress and as lessons for them to carry into their next run.

Roguelikes have been doing a lot of innovation not just into the gameplay mechanics of death, but the narrative mechanics. We see roguelikes offering diegetic explanations of why the player character is dying so much that up to recently were quite rare in video games.

Hades is a foremost example, creating one of the most addictive gameplay loops I’ve seen in a roguelike by crafting a narrative that justifies the player character Zagreus’s constant dying and having the world respond to it in unique, interesting ways. It turns death into less of a chore and more of a treat by granting players access to new dialogue and character progression that all makes sense within the story’s universe.

Instead of Zagreus’s continually developing progress toward the game’s objective feeling non-diegetic, like it is driven solely by the player growing more of a knack for the mechanics, there is harmony between Zagreus’s in-universe progression and the player’s. Zagreus is the young Prince of the Underworld, inexperienced in real combat and the world outside the House of Hades, and so it makes sense that early runs would see him not making much leeway in his attempts to escape to the surface.

As the player’s skill grows and Zagreus benefits from bonus items collected on each run, he makes more and more progress, reflecting not just the player becoming better but Zagreus becoming more confident in himself. That is ludonarrative harmony.

Each run represents a different character that has found themselves trapped in the cabin of a mysterious, card-obsessed entity. Upon death, the entity “inscrypts” that player's character onto a “deathcard” that the player can customise with stats and abilities. This deathcard will then appear periodically as an option for the player to add to their deck in future runs.

What the deathcard mechanic does is not only acknowledge player death but work it into the story in a way that makes the player’s ludonarrative experience unique to them. It was genuinely creepy to come across a shadowy card bearing my name the first time.

Inscryption takes this mechanic even further by having the deathcards reappear during a boss fight, forcing you to battle against a board of what are essentially the reanimated card-corpses of your past player characters. It also serves as a potential punishment for any players who made a deathcard too OP.

Just like Hades, this enhances the gameplay loop of Inscryption by ensuring that each run ultimately means something and will have an impact on future runs. Thus, you keep playing and playing, hooked by the fact that even though you reset with each death, you resume with a strengthened capacity to inch closer to unearthing the game’s mysteries.

Nowadays, a common media trope is the time loop and this too has been exploited to clever ends by the roguelike.

The titular Gungeon of Enter the Gungeon is built on a time loop created by The Gun That Can Kill The Past, which shoots the player character every time they die to signal their run ending. It’s a simple touch for a game not heavy on story, but it helps to establish that ludonarrative around repeated death.

Or there’s Returnal, a 2021 roguelike shooter where the narrative presents the repeated death mechanic as a manifestation of the protagonist’s trauma; each run forces them to relive an alien world where they confront symbols of their lives worst moments.

The time loop is a way of taking something subtextual in video games – dying repeatedly – and turning it into an explicit part of the story, thereby lending what has historically been an unexplored and unquestioned mechanic of gaming a ludonarrative weight that breathes new life into it.

While the roguelike genre is uniquely well-suited to innovating death mechanics, it is not the only genre we see it done.

In Pathologic 2, death is followed by the player character awaking in the town’s theatre. A conversation ensues between him and theatre manager Mark Immortell, where the player character must accept a penalty to carry with them through the rest of the game. This conversation changes across deaths and at certain points even reveal information important to the game’s story and message; the fact that the game’s arbiter over death is a theatre manager tells us a great deal about the underlying importance of performance to the narrative.

Although death in Undertale often does mean a simple progress reset, the story that the game crafts around “SAVES” is where the ludonarrative shines. SAVING is presented not just as a way to set checkpoints to return to upon death, but as a special ability possessed by the player character due to their high “determination”. And determination is certainly what a player requires if they are to get through the game’s enemies, especially on the Genocide Route.

The SAVE system is even acknowledged by several characters in Undertale. Flowey, the final boss of the Neutral Route, uses SAVING against you by regularly returning to previous SAVE states that it established itself. And of course, there’s the Sans fight at the end of the Genocide Route, where the barrier between player and player character breaks down as Sans employs a strategy of wearing down the real-life player’s determination through their repeated failure in the game’s hardest battle.

The Art of Dying

So, should all games be striving to do something radically meta with their death mechanics, spitting upon the traditional rules of video game storytelling to present the most artistic, norms-shattering example of ludonarrative harmony yet?

Almost all games have some examples of ludonarrative dissonance – the most common being glitches – and plenty of games with pronounced instances of this dissonance are still pretty good. Final Fantasy VI and the Uncharted series remain excellent in my opinion – ludonarrative harmony doesn’t make or break a game.

However, it must also be acknowledged that ludonarrative is the defining feature of video games as a storytelling medium. You might have the most realistic graphics, the tightest gameplay loops, and a plot worthy of an Oscar, but if the player is being told one thing by that gameplay and another thing by that plot, then it undermines the immersive potential of the entire project.

And it also raises an important question: why should this narrative be a video game if it could have just been a movie and told the same story?